While I researched and wrote on the Top 10 weird buildings in the world, it struck me that some unusual houses or homes too existed in the world. Although I found more than 50 to be really weird/unusual, here are the 10 unusual houses that I thought were the best:

The Heliotrope is Germany's first eco and energy-friendly rotating house. Designed by architect Rolf Disch this is the first PlusEnergy house in the world. The architect created this house as his private residence in 1994. This house produces more energy than it uses and the energy it produces is emissions free. The house rotates to track the sunlight and harness maximum energy of the sun in the form of heat and light. This energy-efficient house is equipped with a grey-water cleansing system and inbuilt natural waste composting. 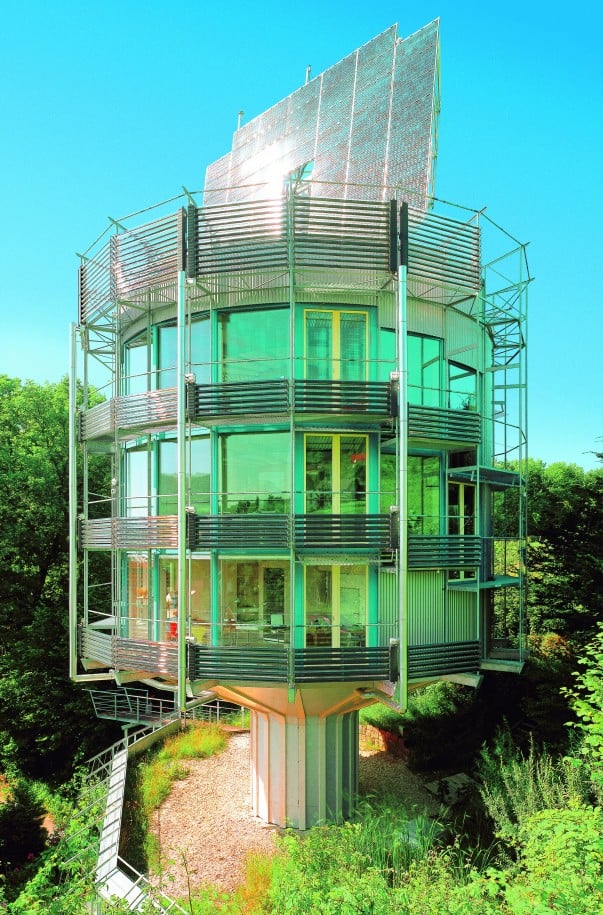 The Metéora is one of the largest Eastern Orthodox monasteries in Greece. It comprises of six monasteries – all built upon natural rock pillars. The Metéora has been included in the UNESCO World Heritage list. These monasteries are created upon high cliffs and can be reached by stairways cut in these rock formations. According to the studies, these summits were shaped by earthquakes and weathering about 60 million years ago – in the Paleogene Era. 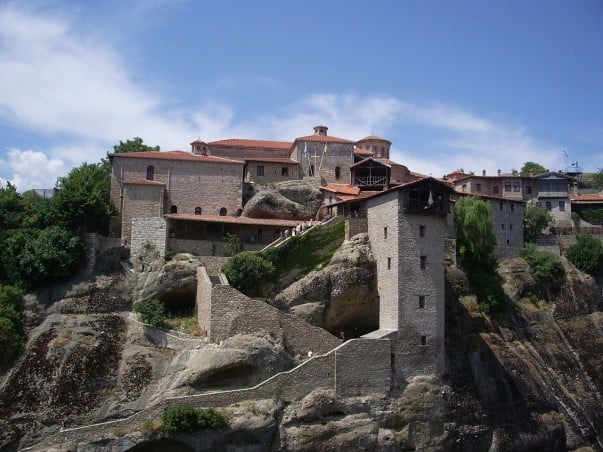 If you wish to trouble your neighbors, the Skinny House is a nice idea. It was originally built as a Spite House – to frustrate the neighbors. Located in the North End of Boston, Massachusetts, this house is the narrowest house in the city. There is no solid evidence to support the reason of its construction. However, according to a legend, one of the neighbors built it to block the sunlight and air of another neighbor. 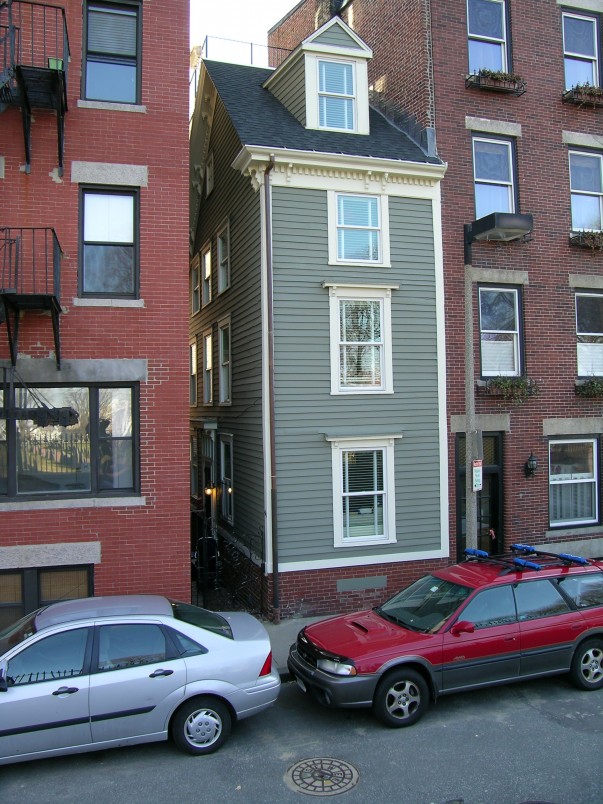 The Skinny House in  Boston

An intriguing architectural masterpiece – the Ramot Polin Apartments in Ireland have been created by Polish-born architect Zvi Hecker. The first look of the apartments makes one think that the building may have been struck by an earthquake, and thus, some of its parts seem to have a rumbled-down look. The structure of the apartments also resemble hive of honeybees. There are 720 housing units in the apartments that were built around 1972-75. These apartments are also known to be amongst the World's strangest buildings. 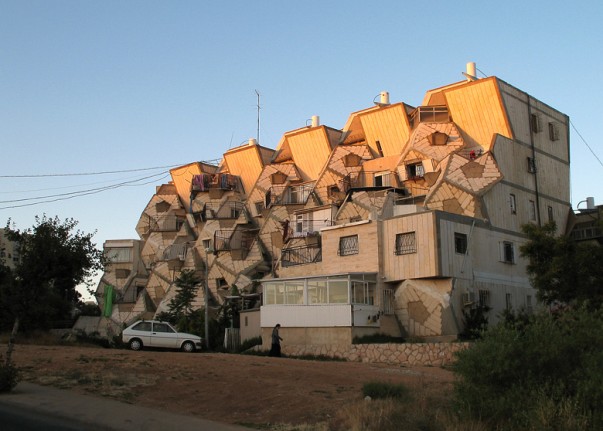 Located in Czech Republic, the Dancing House was constructed between 1992 and 1996. This unusual house features a deconstructive style of architecture. The house is also known as Fred and Fingers because it resembles a dancing couple, symbolizing the popular dancers Fred Astaire and Ginger Rogers. This house is the outcome of the joint venture of the Croatian-Czech architect Vlado Milunić and Canadian-American architect Frank Gehry. 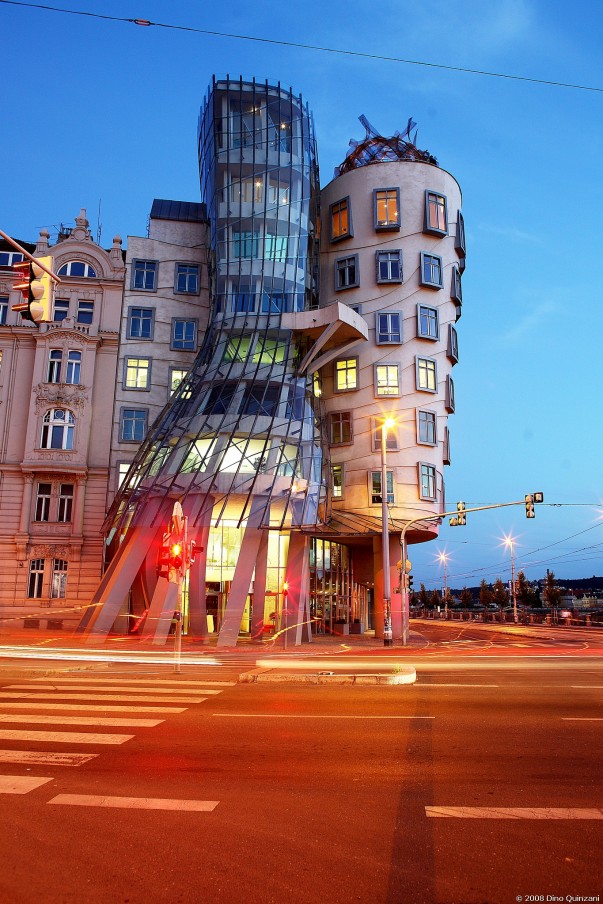 The Cube houses constructed in Rotterdam and Helmond in Netherlands feature a bunch of cubes placed on the base building as if to form a roof. The Cube houses have been designed by Piet Blom. Each cube house represents a tree and together the houses form a grove–seems like a village within the city. These houses were built in 1997. Looking at the houses, we can say that even diagonal structures can be inhabited. There are three floors in this house. Enter the house from the entrance on the ground floor. Climb up the first floor to reach the living room and open kitchen. The second floor has two bedrooms and bathroom. Some of these houses have a small garden on the top floor. 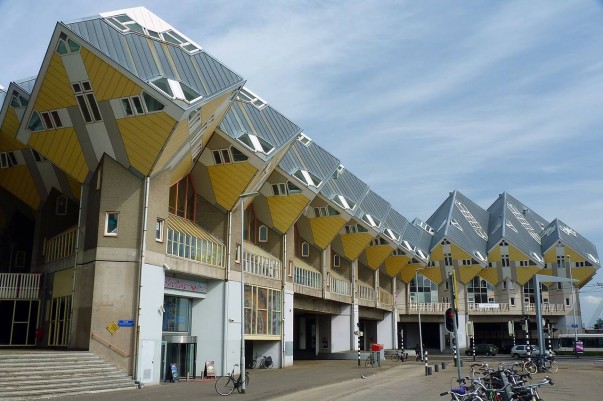 The Cube House in Rotterdam

This interesting house is the creation of a few steampunk fans. The Neverwas Haul is a Victorian-themed 3-storey house on wheels. It was created by a group of fiddlers using 75% recycled material. They wanted to explore the Black Rock Desert for the Burning Man Festivals. 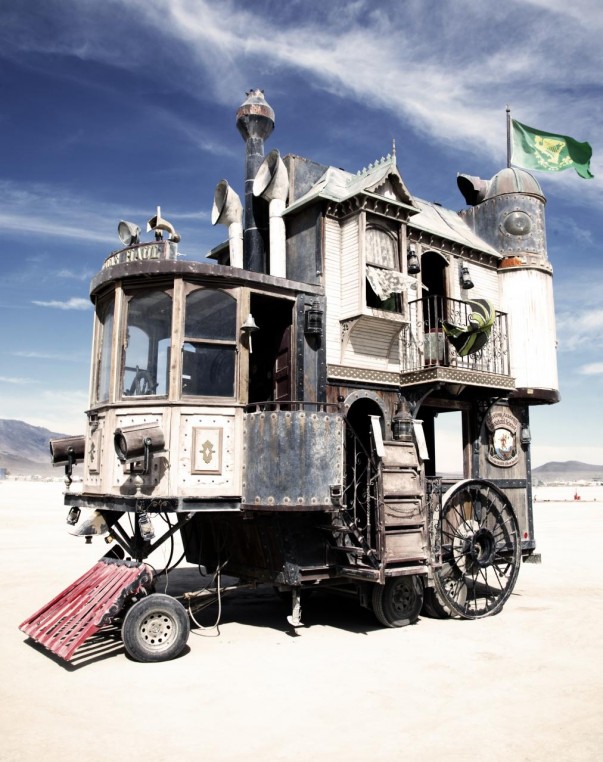 Ross Russel is the owner of the Sliding House in Suffolk, UK. It has been designed by dRMM, London based architects. This is an interesting house. Some portions of the house, including the roof slide to form different units. It is like you can set the theme of your house according to your mood. I am speechless looking at this house. Well! Have a quick look at it yourself:

Waldspirale is a colorful residential building in Germany. The Austrian artist Friedensreich Hundertwasser is credited to have designed this unique building. The plan of the building was contrived in the 1990s, whereas the building was completed in 2000. There are around 105 apartments in the Waldspirale. There are over 1000 windows in the building and all of them feature different window panes and handles.

It seems a crazy idea, but it is a house. The Stone House is situated in the Fafe mountains of Portugal. Sandwiched between two stones the house is rumored to have been inspired from the American 'Flintstones' cartoon series. We can see a small door, a window and a conventional roof adorning the house. The house draws many tourists every year. Would you like to get yourself snapped at this picturesque spot? 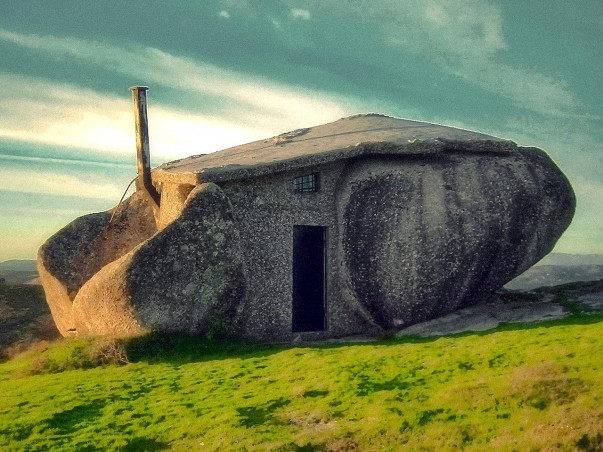 I would love to live in the Sliding house. Would you like to live in any of these houses?