Top 10 Weird Buildings in the World

My initial search of unusual creations of man led me to Top 10 Weird Museums in the world. Carrying out my hunt for the unusual around the world, this time I found Top 10 Weird Buildings in the World.

1.) The Longaberger Company’s Basket Office, US 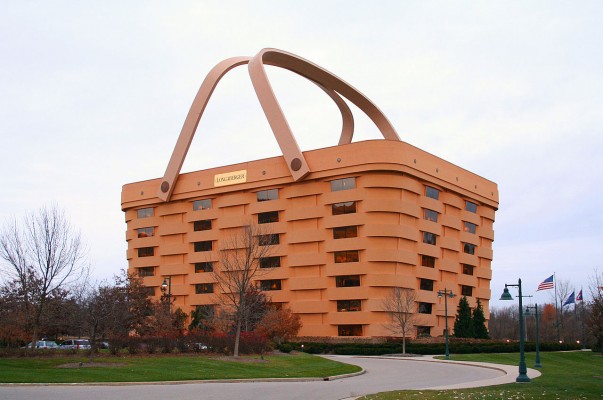 The office of the Longaberger Company features the shape of its chief product, i.e., basket. This American company based in the southeastern Ohio area is famous for manufacturing handcrafted maple wood baskets along with some home and lifestyle products such as specialty foods, pottery, etc. 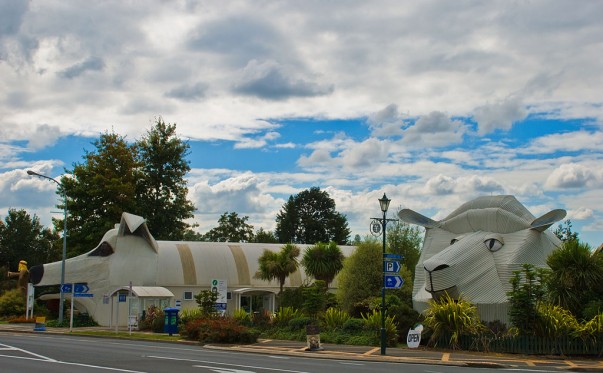 The dog and sheep buildings at Waikato, New Zealand

The corrugated buildings of Tirau i-SITE Visitor Center and adjoining Wool Gallery must have been designed by an animal lover. The former has a face of a dog while the latter a meek sheep. The idea of constructing these buildings emerged when the South Waikato District Council was finding a suitable site for the construction of the new Public Toilets. The council felt that the land alongside the Sheep belonging to John and Nancy Drake was perfect. The Drakes thought that the place should be converted into a complex with car parking, public toilets, information centre, and a picnic area. After the approval, the project took shape in January 1998, and the buildings were opened for public access in September 1998. 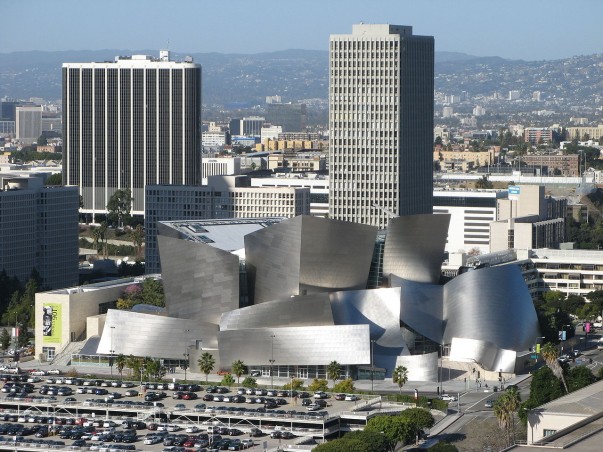 Located in Downtown of Los Angeles, California, the Walt Disney Concert Hall was designed by Frank Gehry. This is a fine example of modern architecture. It has a seating capacity of 2,265 people. This hall isn't just unusual from the outside, but from inside too. There is a large concert organ inside the hall, which is used for special occasions. 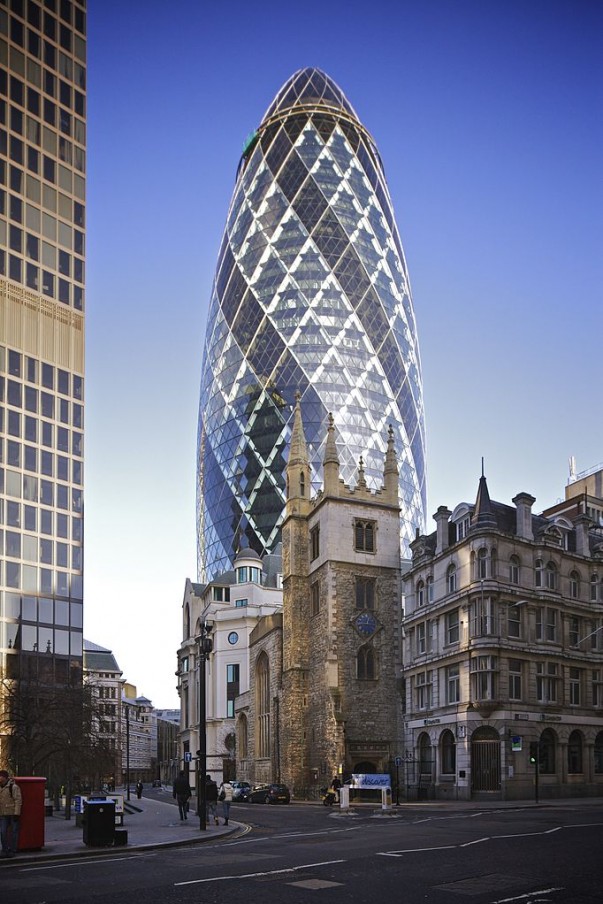 Also known as the Gherkin and formerly called the Swiss Re Building, 30 St Mary Axe appears like a designer rocket set for the launch. It was designed by Norman Foster and Arup engineers. This 41-floor tower with a church in the foreground has become an iconic symbol of London.

5) Ray and Maria Stata Center, US 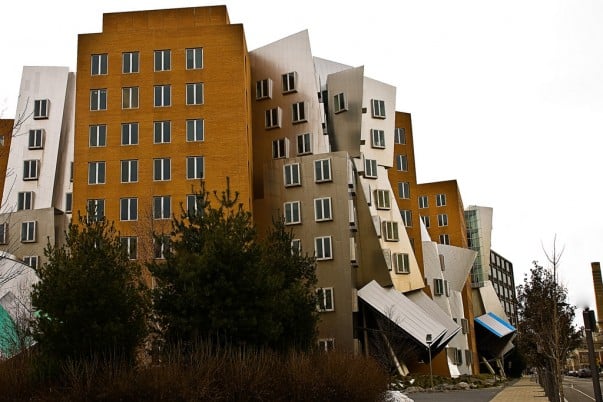 If the building of an academic place is so appealing, study would also become interesting. Ray and Maria Stata Center is an academic complex designed by Pritzker Award-winning architect Frank Gehry. This building has been constructed for the Massachusetts Institute of Technology (MIT). Would you like to enroll in the upcoming courses of the institute? 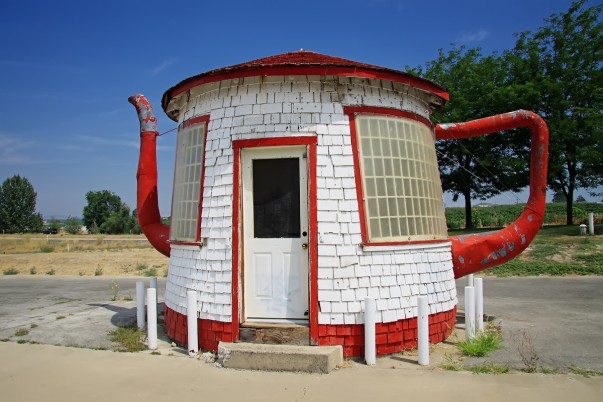 Such a big teapot and no tea to drink! Located in Washington, the Teapot Dome Service Station was built to commemorate the Teapot Dome disgraceful event that shook the administration of Warren G. Harding. It had even led to the imprisonment of Interior Secretary Albert Fall for his hand in renting government oil reserves, especially in Teapot Dome, Wyoming. 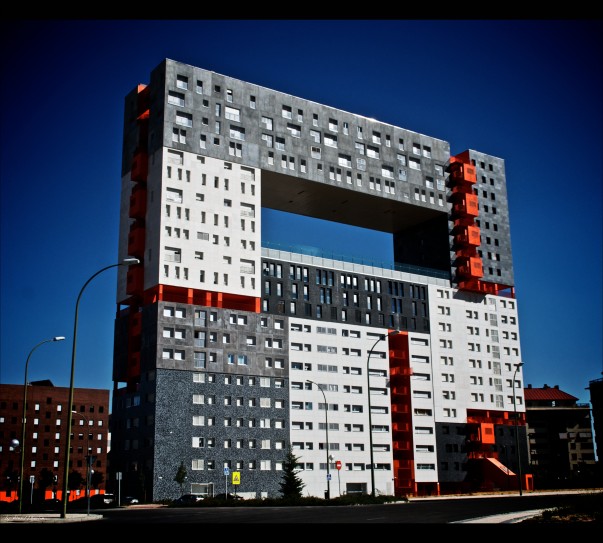 Edificio Mirador located in Madrid, Spain is a 21-story building with a large hole in the center around 36.8 meters above the ground. This space has a community garden from where people can contemplate the skyline. Looking at the building makes me remember my Lego game in which I used to join blocks to make houses. I wish to do it with the building as well! 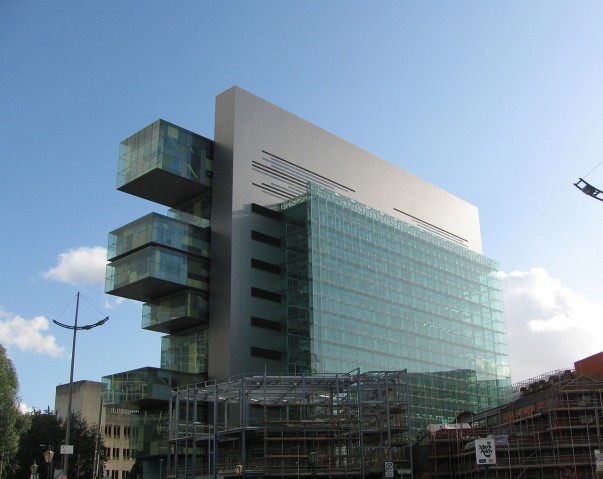 Manchester Civil Justice Centre – a governmental building in England is home to several government offices including the city's Family Proceedings Court, Manchester's County Court, etc. It seems like the building protrudes out of the wall from both the sides. An interesting sight indeed! 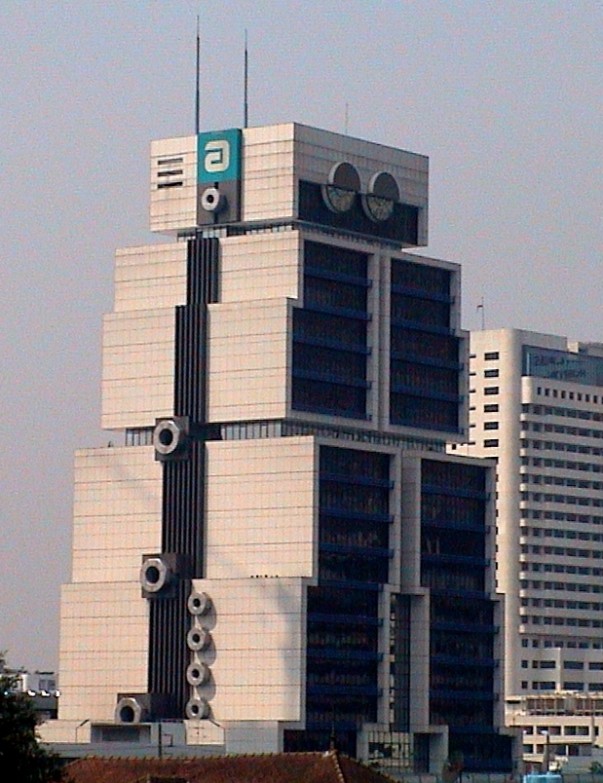 Located in Sathorn business district of Bangkok, the Robot Building was designed for the Bank of Asia by Sumet Jumsai. Presently, it is houses the headquarters of Bangkok United Overseas Bank. It seems like the robot is guarding all the money inside the bank.

10) Esplanade – Theatres on the Bay 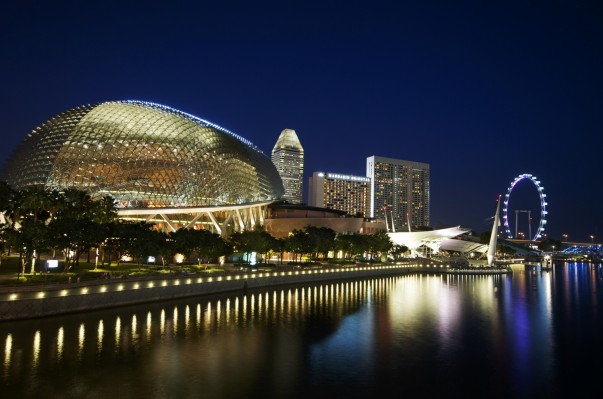 Esplanade - Theatres on the Bay, Singapore

Esplanade – Theatres on the Bay located alongside six hectares of waterfront is a fantastic building and the world’s one of the busiest art centers. It houses performing centres, along with retail and food spaces at the Esplanade Mall. The Concert Hall has a seating capacity of about 1,600 while the Theatre has a seating capacity of about 2,000 people.