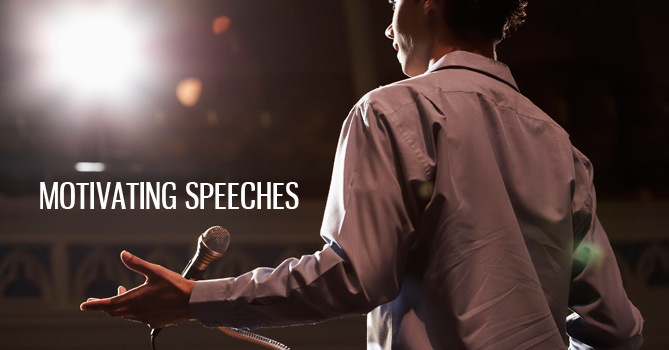 Great people have spoken great words and when history records them, they become speeches that inspire, motivate, guide and educate people in future times to come.

Perhaps one of the most inspiring speeches delivered was in late 19th century that continues to inspire and motivate people all over the world even today. The speech was delivered by Swami Vivekananda from India.

It was on September 11, 1893, making his opening address at the World Congress of Religions in Chicago, USA, that the western world got a true glimpse of the depth and relevance of Indian spirituality and its universal message of tolerance and acceptance for the rest of humanity, irrespective of one’s religious beliefs or practice.

Addressing a gathering of 7000 delegates from all parts of the world representing all religions, his opening address “Brothers and Sisters of America…” evoked a three minute standing ovation. His powerful oration on the need for universal acceptance and tolerance, and his call to end fanaticism, remain relevant today as it did at the time.

Swami Vivekananda’s words continue to resonate today to inspire and guide followers from all over the world, cutting across religious lines.

Martin Luther King. Jr – ‘I have a dream’

“I have a dream that one day this nation will rise up and live out the true meaning of its creed: We hold these truths to be self-evident, that all men are created equal.”

On August 28, 1963, addressing an eager and hopeful crowd of 250,000 African Americans from the steps of the Lincoln Memorial in Washington D.C., Martin Luther King. Jr. made the most significant speech of his life, one that would become the defining moment not just for him but also for the Civil Rights Movement in America.

Coming at a time when America was deeply divided by racial segregation and hatred, King’s ‘I have a dream’ speech struck an emotional chord among many Americans, irrespective of race, and this speech went on to be recognized as perhaps the greatest speeches of the 20th century.

America liberated the slaves a hundred years earlier but it took Martin Luther King Jr’s ‘I have a dream’ speech to awaken America to an eventual path of human equality and dignity.

‘I have a dream’ has come to symbolize the call for human rights in many parts of the world today where people still struggle to fight for recognition of their right to exist with dignity, and use the words to mark their protest.

Nelson Mandela – ‘I am prepared to die’

Nelson Mandela finds his place next to the most inspirational leaders of the 20th Century along with Mahatma Gandhi, Martin Luther King Jr., and Mother Teresa.

Leading the fight against apartheid in South Africa, Nelson Mandela was arrested, tried for sabotage, and sentenced to life imprisonment in 1964. Instead of testifying in his defence at the Rivonia Trial, Nelson Mandela instead chose to make a speech, words that continue to inspire generations today.

He ended his remarkable speech in court with these words – “During my lifetime I have dedicated myself to this struggle of the African people. I have fought against white domination, and I have fought against black domination. I have cherished the ideal of a democratic and free society in which all persons live together in harmony and with equal opportunities. It is an ideal which I hope to live for and to achieve. But if needs be, it is an ideal for which I am prepared to die.”

On November 19, 1863, four and a half months after winning the Battle of Gettysburg, American President Abraham Lincoln delivered a short but one of the most impactful speeches in American history, delivered at the Soldier’s National Cemetery in Gettysburg.

In a direct reference to the American Revolution in 1776, Lincoln began his historic speech with, “Four score and seven years ago our fathers brought forth on this continent, a new nation, conceived in Liberty, and dedicated to the proposition that all men are created equal.” In just two minutes, Abraham Lincoln was able to reaffirm his commitment to the principle of liberty and equality as enshrined in the Declaration of Independence.

His words highlighted the fact that the Civil War, which took so many lives, was not just for the Union but a struggle for the principles of human equality.
It is interesting that Lincoln hand wrote and signed five versions of the speech and there is a debate on which version was actually spoken. Irrespective, his words reverberated across America and history has recorded it as one of the greatest speeches of all time.

On May 13, 1940, the third day after being sworn in as Prime Minister of Great Britain, Winston Churchill delivered his famous speech ‘Blood, Toil, Tears and Sweat’ to the House of Commons, a speech that was to awaken a nation to respond to his call for war. His call to action ran home.

Being sworn in as Prime Minister at a time when Britain was already at war, Churchill had to overcome political opposition to his candidature. His speech to the House of Commons had to connect with not just the political spectrum within Britain but also a hopeful nation that looked up to him to lead them to victory in what was the greatest war mankind had ever seen.

He had little choice but to lead from the front and this reflected in his words when he spoke, “I hope that any of my friends and colleagues, or former colleagues, who are affected by the political reconstruction, will make allowance, all allowance, for any lack of ceremony with which it has been necessary to act. I would say to the House, as I said to those who have joined this government: “I have nothing to offer but blood, toil, tears and sweat.”

To address the opposition wanting to know what was his government’s policy at the time of war, Churchill responded with plain speak, “We have before us an ordeal of the most grievous kind. We have before us many, many long months of struggle and of suffering. You ask, what is our policy? I can say: It is to wage war, by sea, land and air, with all our might and with all the strength that God can give us; to wage war against a monstrous tyranny, never surpassed in the dark, lamentable catalogue of human crime. That is our policy.”

The speech went down as one of the most powerful addresses during war and one that made the nation come together to pursue the common goal of victory, at any cost.

At 43, John F. Kennedy was the youngest President elect of the United States of America. His inaugural address delivered on January 20, 1961, was one the most remarkable inaugural speeches by an American President and is remembered for its famous line – “And so, my fellow Americans, ask not what your country can do for you; ask what you can do for your country.”

“My fellow citizens of the world, ask not what America will do for you, but what together we can do for the freedom of man.”

The speech came at a time when America faced challenges from the civil rights movement at home that had begun to gather pace, and the expanding Communist influence around the world. His address reached out not only to American citizens but also the global community, many of whom were suffering from hunger, malnutrition and poverty.

His speech re-affirmed America’s commitment to the world and called for the world to respond to America’s pursuit for a better world.