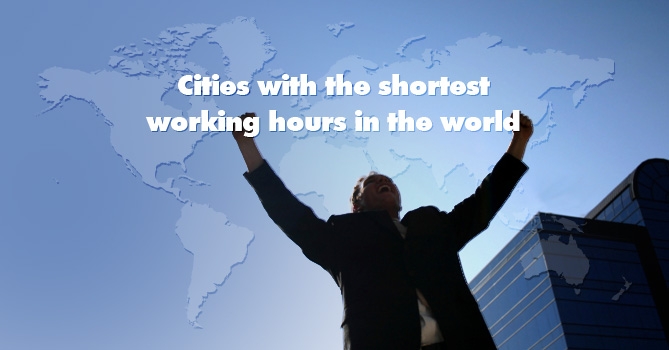 There are so many things about Sweden that people love – the massage, IKEA, and meatballs to name a few. The next major innovation from this Nordic country could be workdays that last six hours each. In some companies of Sweden the normal workweek, which comprises 40 hours, has been brought down to 30 hours. Studies have shown that this has led to better morale among workers along with finer productivity. Brath, a startup specializing in SEO, has been maintaining this routine from 2012 onwards. In a blog post written during August, the CEO of the organization – Maria Brath – has stated that the main reason for this is the fact that the company cares for people it employs.

She has further stated that they try to make sure that the employees are able to do what they love the most like spending time with their family or cooking for example. The Gothenburg division of Toyota Services has had this schedule from 2002 and as a result its staff is happier and the profits are greater as well. In fact, a number of companies in Sweden such as retirement homes and startups are following this pattern in the last few years.

During April 2014, the government of Gothenburg had started an experiment whereby its nurses were asked to work in shorter shifts. The results of this process will come out in 2016 but as of now the fatigue levels of nurses have come down and this has made them more efficient. Linus Feldt, the CEO of a Stockholm-based app developer named Filimundus, feels that regular workdays with eight hours may not be as effective as they are made out to be. Feldt believes that it is a major challenge to stay focused for eight hours. This is why people do other things and take breaks in order to cope better with the work. This affects their private life as well.

Paris
Paris is the best when it comes to the numbers of hours worked in a week. A report by UBS that analyzed patterns of working and earning across 71 cities in the world, states that people in the capital of France work just 1604 hours in a year. UBS analysts have also suggested that in case someone is looking to take some time off should instead find an opportunity in Paris, where one needs to work no more than 35 hours in a week and can avail 29 paid leaves as well. In 2000, France had imposed rules that forced companies to have 35 hour weeks. This was supposed to encourage them to employ a greater number of people. With the passage of time, these rules have become less strict but from the look of it, it is pretty evident that they are still being used.

Lyon
Like Paris, Lyon is located in France and like Paris it has rather short working hours as well. On an average, people in Lyon work 1631 hours in a year, which gives it the second spot in terms of lowest hours worked in a year. Employees in Lyon too get 29 paid vacations in a year.

Moscow
In Moscow, the capital of Russia, people enjoy one of the shortest working hours in the whole world at around 1647 hours a year. In addition, they are entitled to 31 paid leaves.

Helsinki
At the capital city of Finland, an employee needs to work for 1659 hours a year on an average. They are also provided 29 paid holidays in a year. The World Economic Forum has also recently rated Finland as the best country on a global basis with regards to training and preparation of workforce. What further endears it to professionals is the generally-stable political condition of Finland.

Vienna
There are 1.8 million people in the capital city of Austria, Vienna, which is also reputed as a relaxed city. On an average, the employees over here need to work no more than 1678 hours a year and get 27 paid holidays a year as well. The Economist Intelligence Unit says that Austria is the second best city in the world to live after Melbourne in Australia. The city is well known for its commendable standards of living, well-developed healthcare system, and exceptional infrastructure.

Copenhagen
The capital of Denmark is well known for its restaurants, which are reputed to be among the best of their kind in the world, and streets that are conducive for cyclists. Here, workers need to work just 1697 hours each year on an average. This is perhaps one of the reasons why the United Nations feels that Denmark is one of the happiest countries of the world.

Luxembourg
This small, yet economically-flourishing, country in Europe is more in the news because of the incredible tax benefits it provides to companies. However, the number of hours of work – 1703 hours a year on an average – that an employee has to clock here is equally worth noticing. At 32 days a year, the people in this country are also one of the most fortunate ones in the world in terms of paid leaves a year. This is in addition to the national holidays!

Vilnius
This is the capital of Lithuania and is well known for its architecture, which carries a significant amount of history, and a population that happens to be upwardly mobile. On an average, workers need to work 1716 hours a week over here and they get 30 paid holidays a year as well.

Brussels
Apart from being the capital of Belgium, Brussels happens to be the focal point of politics in Europe and is a regular host to meetings of the European Commission and leaders of the European Union. On an average, workers need to work 1717 hours a year in this city. However, with just 18 paid holidays employees in this city get lesser vacations than most other cities of Europe.