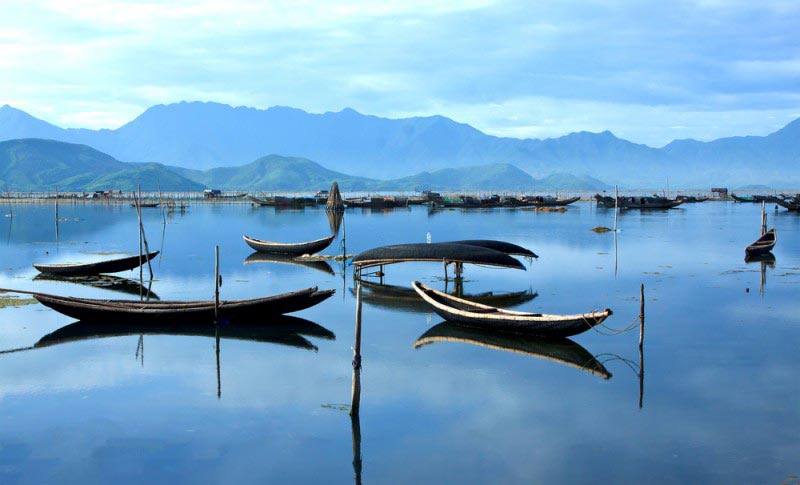 Vietnam is a tourist’s paradise as it is a country overwhelmed by the sublime beauty of natural setting. The Red River Delta in the north, the Mekong Delta in the south, and almost the entire coastal strip filled with brilliant green rice paddies attended by women in conical hats, make it a must-visit destination. There are some divine beaches along the coast of the country while the inland is full of soaring mountains, some of which are cloaked by dense, misty forests. Vietnam is a land of opportunity and traditional charm and rare beauty. It is very rapidly opening up to the outside world and attracting more and more tourists.

Tourists planning a visit to this adorable land should make it during the Tet Festival (late January or early February). Though travel (including international travel) becomes very difficult, hotels are full and many services close down for at least a week at this time, it is also possibly the best time to enjoy the fun and frolic of the New Year. Vietnam is increasingly one of the great winter-sun destinations. Vietnam is rich in culture, has some excellent beaches, great cuisine, friendly people, and shopping destinations. Vietnam is witness to the two French colonial cities which are very attractive and interesting and the four UNESCO World Heritage Sites. Though Vietnam was torn by the terrible war with the USA, it is fast approaching the status of a developed country.

As Vietnam is mainly a Buddhist country, most of the festivals of Vietnam are according to the lunar calendar, which changes every year. The Tet Festival, the most important annual event of the country, is one of the not-to-be missed events. Besides the Perfume Pagoda Festival, Vietnam’s longest festival, a pilgrimage to Huong Pagoda, one of the holiest places in the country is most cherished. In the month of April, there is Thanh Minh [Holiday of the Dead] where people go to the cemeteries and temples to pray for the souls of deceased relatives. During mid-August, Trung Nguyen [Wandering Souls Day] is a custom when people invite the souls of ancestors back to their families.

Though the war relics can be depressing, the Vietnamese have closed that chapter of superpower stupidity and readily accept Americans and French in their country. The best way to visit this country is by flight. Over the years, Vietnam has evolved as one of the eminent tourist destinations of the world and it gets best reflected through the constant influx of tourists in Vietnam from all corners of the world. Transportation in Vietnam is one of the greatest assets of the country and the travelers are allowed to enjoy a hassle free trip in Vietnam. Since Vietnam is well connected by air, rail, and road transport, therefore, the tourists can conveniently get around in Vietnam.

The fastest means of transportation for getting around in Vietnam is by opting for domestic flights. The travelers can explore the numerous premier tourist destinations of the country by availing numerous flights provided by the Vietnam Airlines, a full-service airline and Pacific Airlines, a recently-launched low-cost carrier. Vietnam Airlines is the national airline of Vietnam and it operates regular and scheduled flights from the various domestic airports of Vietnam.

The travelers can also opt for trains for getting to Vietnam and they can find trains from Beijing, in China and reach directly at Hanoi in Vietnam. Traveling by trains is a bit expensive, but undoubtedly it is the most comfortable way for getting around in Vietnam. A 1,723-kilometer major train line runs between Hanoi and Ho Chi Minh City and the Reunification Express runs on this route and halts at all the major destinations in between. The greatest advantage of traveling by train is that you get to see a lot of countryside.

Long-distance bus services connect most cities in Vietnam and thus buses have gained huge popularity as one favorite choice of transportation in Vietnam among the tourists. Public buses operate between the cities’ bus stations while the open tour buses are run by a multitude of tour companies and these are particularly availed by the visitors in Vietnam, as here the tourists are not only allowed to travel at a huge discount rate, but it also drops the visitors at their desired hotels and often the tourists get down at the doorstep of their hotel.

Since international driving licenses are not accepted in Vietnam, therefore, there are no famous car rental companies in Vietnam, but hiring a car is not at all a problem in Vietnam and the hotels usually make the required arrangements so that their guests can rent a car and travel on their own in Vietnam. Another popular option for transportation in Vietnam is traveling by motorcycle taxi as these are not only highly cheap, but also allows the tourists to get down at most of the places within the city. If you have any fascination for biking, then you can simply hire cyclo or motorbikes and start exploring the innumerable tourist attractions of Vietnam on your own.

Traveling by boat can be a fantastic experience, so you do not dare to miss out this opportunity in Vietnam while touring.

As Vietnam is gradually evolving a paradise for the holiday goers, therefore, there are numerous options for fun in Vietnam. Be it celebrating a festival, hitting the innumerable nightlife destinations, shopping or simply opting for the plethora of adventurous sports, Vietnam never falls short of choice for leisure. One of the most popular choices of entertainment is to hang out in the nightclubs, bars, pubs, and casinos where one gets to catch a glimpse vivacity and cheerfulness of the Vietnamese people. For a rocking nightlife in Vietnam, the visitors are offered with a plethora of choice to visit various bars, pubs, clubs, and karaoke bars, which play both English and Vietnamese music.

Most of the popular nightclubs in Vietnam are in Hanoi and Ho Chi Minh. Some of the nightclubs even specialize in providing excellent live music as well and some of the bars offer games of pool. Some popular and contemporary nightclubs and bars in Vietnam are Modestos, Apocalypse Now, Wild Horse Saloon, Saigon Saigon, Shark 2000, Cheers, Underground, and Blue Gecko Bar. Nightspots in Vietnam offer a sizzling array of variety and make a constant effort to cater to the requirements of people with varying tastes and preferences. The bars and pubs serve both local and foreign alcohol and charge no entry fee, but in the nightclubs it is customary to pay the entry fees. Vietnam also has a vivacious culture for music, which is another popular source of entertainment while touring in Vietnam. You may also participate in sports and while traditional Chinese shadow boxing or tajiquan, badminton, volley ball, table tennis, and mini-soccer are some of the conventional sports played in Vietnam, but martial arts and soccer are the all time favorite sports of the Vietnamese people. Since the country takes pride in its 2,121 miles of coastline, the various water sports have attained enormous popularity and the exotic beaches of Vung Tau, Vietnam, and Nha Trang, provide the perfect opportunities for snorkeling and scuba diving. Other popular Vietnamese sports are hiking and horse riding in the spectacular countryside. Vietnam received international acclaim for chess, kungfu, and shooting. Vietnam started to make its first significant mark in the international sporting arena with its first silver medal won at the 2000 Sydney Olympics by Hieu Ngan Tran for martial art tae kwon do. For many of the visitors, shopping is undoubtedly the most fascinating choice of entertainment as their vacation hardly gets complete without taking gifts and souvenirs for their near and dear ones.

The best gift items in Vietnam primarily include articles made of lacquer, especially paintings, wooden screens, reed mats, earthenware, fine embroidered items like wall hangings, draperies, robes, oil paintings, silk paintings, carpets, jewelry, and leather goods are widely available in the innumerable shops with which the streets of Vietnam remains packed. Some of the premier souvenir shops in Vietnam include Thao Nguyen in Ho Chi Minh, Precious Qui in Ho Chi Minh, Nga in Ho Chi Minh, Art Tunnel in Hanoi and Kids and Stone in Hanoi. While shopping in Vietnam, don’t forget to buy the national garment Ao Dai or you can also collect the famous pointed hats of Vietnam. 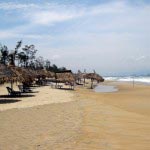