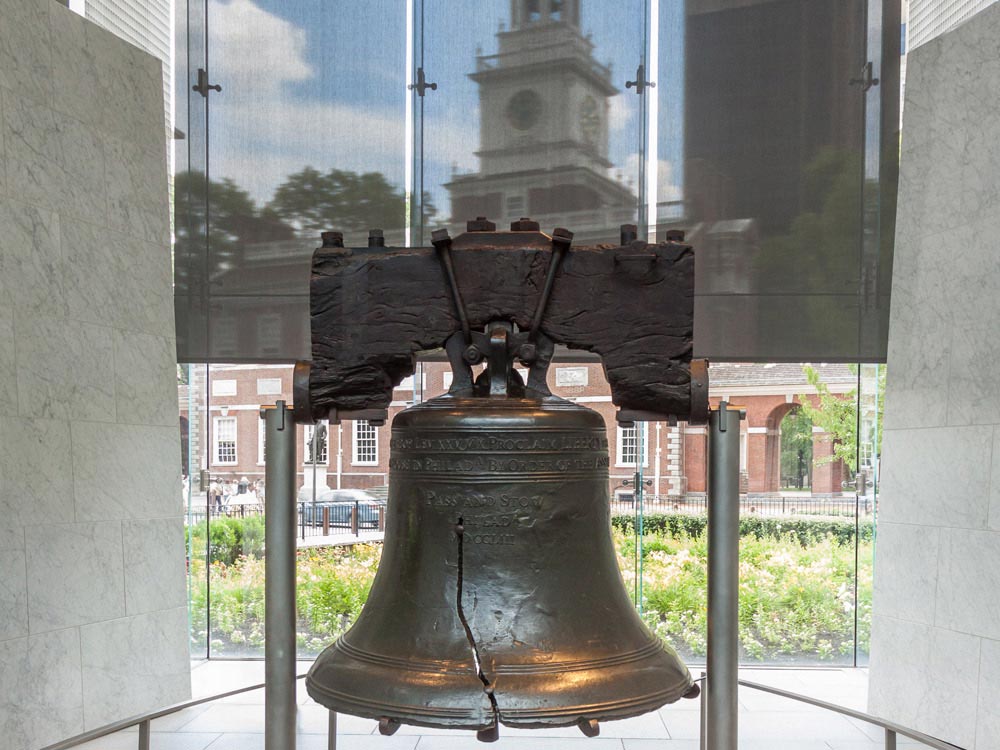 Liberty Bell is one of the major attractions in Philadelphia. Folklores tell of a huge chime which brought in a period of change and development in the year 1776 when it rung out from the Independence Tower mustering the citizens of Philadelphia to listen to the first ever public reading of the Proclamation of Independence by Colonel John Nixon. That chime is none other than the Liberty Bell which has been valued and respected for its rich historical legacy.

The Liberty Bell gained iconic magnitude when the abolitionists of America had adopted it as a symbol in their endeavors to put an end to slavery. The Pennsylvania government had built this bell to memorialize the 50th anniversary of William Penn’s 1701 Charter of Privileges (the original constitution of Pennsylvania). The bell symbolizes Penn’s advanced thinking of religious freedom, his tolerant stand on Native American rights, and his idea of including citizens in ordaining laws.

The Philadelphia Liberty Bell has a few lines from the Bible inscribed on it. The inscription reads “Proclaim Liberty throughout all the land unto all the inhabitants thereof . . . ” The bell also has the quotation that reads “By Order of the Assembly of the Province of Pennsylvania for the State House in Philada.” It must be noted that the spelling of Pennsylvania in this inscription is a bit different from the one in use now.

The Liberty Bell is not in a position to ring now. It has developed a crack which has caused several controversies. It is said that the final extension of the crack was developed in the 1846 on Washington’s birthday.

The Liberty Bell was actually known as the State House Bell. It was the abolitionists who had adopted the Liberty Bell as the symbol of their movement and made it popular as the Liberty Bell. The inscription on the bell following “proclaim Liberty” reads “It shall be a jubilee unto you; and ye shall return every man unto his possession, and ye shall return every man unto his family.” The Bell was an apt choice as the symbol for this movement as the caption implied that Bible demands freedom for all slaves every 50 years.

The bell today is a much visited local site of attraction in Philadelphia. The bell has been a mute witness to the several ups and downs through which the city has passed. Every year, on July 4, the descendants of independence Declaration signers tap the bell 13 times along with the other bells of the nation to pay tribute to the patriots of the country. 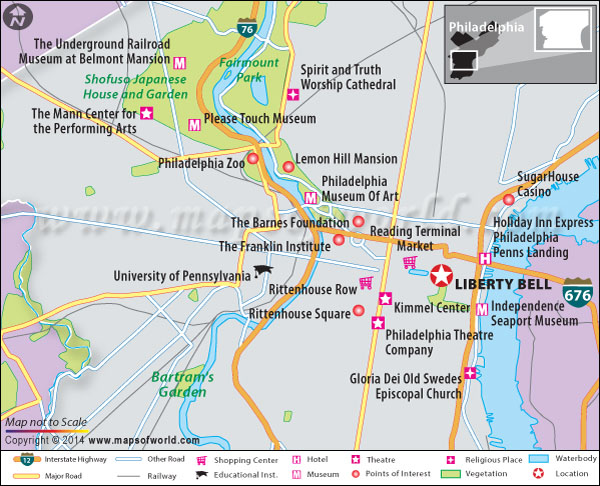 Where is Liberty Bell ?

Liberty Bell is located in Philadelphia, Pennsylvania. It can be reached within 18 minutes from the Philadelphia Airport Limo.

The months of March through May (spring season) are the best time to visit Philadelphia as the temperatures are moderate.

No tickets are required for entry to the Liberty Bell Center, but if you also wish to visit the Independence Hall where both the U.S. Constitution and Declaration of Independence were signed, tickets are mandatory. Walkup tickets for individual and group entries are free.