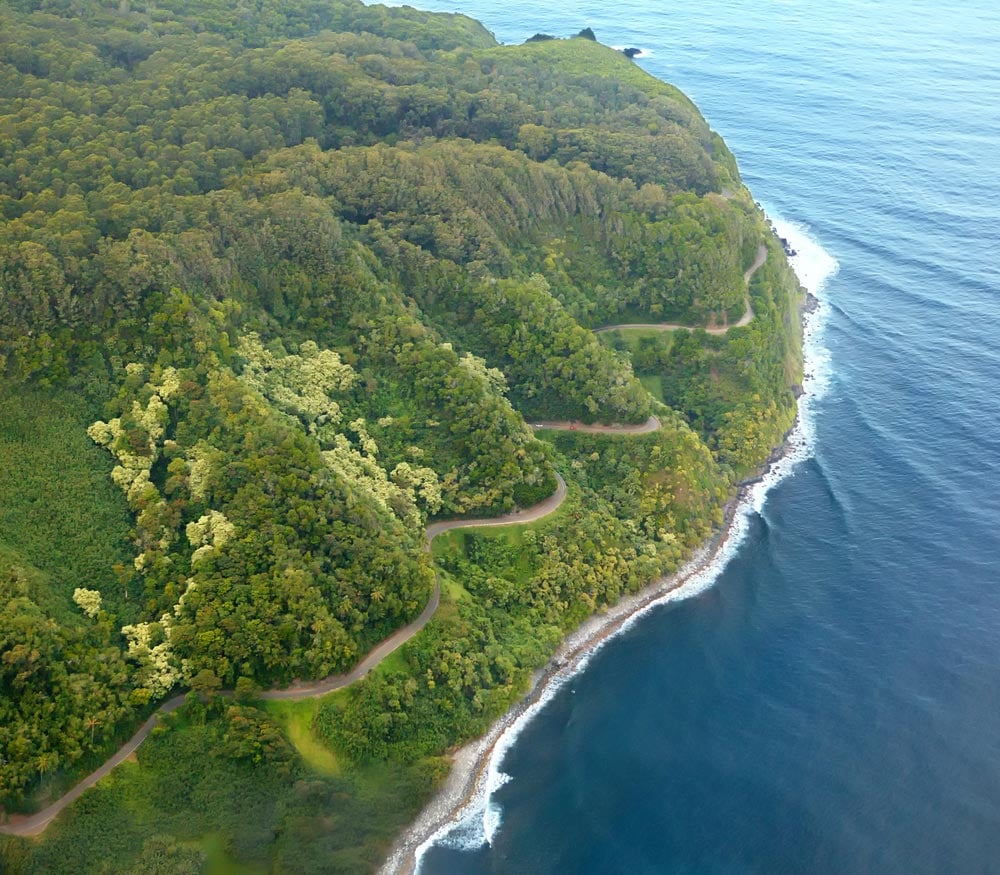 The beautiful and curvy Road to Hana in Hawaii

Emerging from the vast Pacific Ocean, Hawaii may be a far-flung region on the west of California and the most isolated population center on earth, but nothing is as alluring for travelers as the thought of coming down to Hawaii. The world’s longest archipelago (isles in the midway sea) is home to natural wonders (from barren volcanic deserts to fertile forests) and a heaven for recreational activities (from scuba diving to stargazing). Lei (orchid garlands) and Aloha greetings from locals welcome travelers to this paradise for vacationers. Pearl Harbor Historic Sites – Discover the memorials of World War II in Pearl Harbor (Oahu Island) and learn about the “attacks that started it all.” USS Arizona Memorial – which stands above the remains of a sunken ship – is the main attraction here. The Battleship USS Missouri Memorial, USS Utah Memorial, and USS Oklahoma Memorial are among other attractions in this historical site.

Volcanoes – Hawaii, due to its unique geographical position on Hawaiian-Emperor seamount chain, has some of the most significant volcanoes in the world. Mauna Loa – world’s biggest volcano in terms of mass and volume – is a dormant one located on the Big Island of Hawaii. Kilauea is the most active volcano in the world. At 4025 meters, Mauna Kea is the highest peak in the state. Hawaiian Volcano Observatory is the ideal spot for watching volcanic activities.

Waterfalls – It’s nearly impossible to pick a few out of hundreds of spectacular waterfalls in Hawaii, each of different size and length. Waianuenue Falls, Akaka Falls, Pu’uka’oku Falls, Olo’upena Falls, Wailua Falls, Waipoo Falls, Waimoku Falls, and Kaliuwaa Falls are a feast for your eyes. From deep valleys to remote uninhibited islands, some are visible while driving and others after an arduous hike or from the air.

Halona Blowhole – During high tides and windy days, when ocean waves hit this rock formation, a natural phenomenon occurs as the water shoots up to 30 feet in the air. It is situated on the Oahu Island. Next to this blowhole lies a small sandy beach called Halona Beach Cove. It’s no wonder that it is a favored location for shooting romantic scenes of Hollywood movies.

Iolani Palace – Former residence of Kamehameha and Kalakaua dynasties, it is the only official royal palace on American soil. Now a public museum, this national historic landmark oozes with old-world elegance and spirit of Hawaiian monarchs.

Things to do in Hawaii video

Things to Do in Hawaii

Beaches – Find a special spot to get your tan on or just a quiet place to finish your book. Swaying coconut palms, gleaming golden sand, coastal state parks, and tranquil yet inviting waters draw in tourists to beaches like Lankai Beach, Hanalei Bay Beach, Makua Beach, and Hulopoe Beach. Swimming in Waikiki Beach, surfing at Peahi Jaws, kayaking at Maunalua Bay Beach Park, and snorkeling in Hanauma Bay and Makaha Beach Park give you the thrill you look for. The pristine waters of Maui Nui, area between Lanai and Maui Island, are perfect for scuba diving.

Travel Tips for Vacations in Hawaii

Hiking Trails – Lace up your shoes to walk on the scenic trails among the national parks and volcanic craters. Hawaii has a wide array of hiking trails such as coastal walks, offshore hikes, waterfall hikes, and summit trails. Pipiwai Trail is one of the most rewarding half-day hikes in Maui Island as it passes through bamboo forest, large banyan trees, wooden bridges, and 400-ft-tall Waimoku Falls. Diamond Head Summit Trail, Crater Trail & Sliding Sands, Wa’ahila Ridge Trail, and Kalalau Trail (along Na Pali Coast) are notable trails for hikers.

Marine life and Wildlife – Papahanaumokuakea Marine National Monument is a World Heritage Site that features 13 national marine sanctuaries, 10 islands, and more than 7,000 species – a quarter of which are endemic to Hawaii state. Near the coast of Hawaiian islands, migrating humpbacks, sea turtles, and mantra rays are found in large numbers. Besides marine life, Hawaii also preserves diverse flora and fauna. Hawaiian duck, Hawaiian petrel, Nene, Elapio, and Palila are birds endemic to the islands. On guided tours, you can also spot Small Asian Mongoose, Hawaiian Monk Seals, and Mountain Goat.

Polynesian Culture – Attend live music and dance shows and sway to the tunes of Ukelele. Historic Kailua Village is the place to be for those looking to get a taste of Polynesian culture. You can also plan your trip to attend celebrations like Aloha Festivals, Annual Ukelele Festival, Hawaii International Film Festival, and Merrie Monarch Festival.

Hana Highway – This is a 103-km-long coastal highway that passes through lush tropical forest of Maui Island. Do not miss out on the road to Hana while visiting Maui, as it has numerous bridges, valleys, and viewpoints. You have to either rent a car or opt for a guided tour to experience the beautiful landscape.

Cruise Vacation – Although much longer than air travel, taking a cruise from the coast of California to Hawaiian islands is another viable option for those who enjoy sea air. It’s a voyage of 4-5 days and could be the most enjoyable journey of your life.

Following are the prominent airports in Hawaii state –

Where is Hawaii Located ?

Located in central Pacific Ocean, Hawaii is the southernmost state in the United States. It is the only state that is not located in North America and composed entirely of islands. There are eight main islands: Hawaii, Maui, Niihau, Kauai, Oahu, Molokai, Lanai, and Kahoolawe.

How to Reach Hawaii?

By Air – Honolulu International Airport – the aviation gateway of the state – is located 5 km northwest of downtown Honolulu. TheBus, public transport system, connects the airport via routes 19, 20, and 31.

• Hawaii is the youngest state to enter the union on August 21, 1959.
• The state motto is Ua Mau ke Ea o ka Aina i ka Pono, which means, ‘The life of the land is perpetuated in righteousness.’
• Barack Obama, born in Hawaii, is the only president from outside the continental US.
• It is the only state in US that grows coffee beans and has tropical rainforests.
• Surfing (or Heenalu) was invented in Hawaii by the Polynesians thousands of years ago.
• Molokai – also called “The Friendly Island” – has the highest sea cliffs in the world.
• Waimea Canyon, approximately 10 miles in length, is known as the “Grand Canyon of the Pacific.”
• Hawaii has been the background for several popular movies such as The Descendants, Pearl Harbor, and From Here to Eternity.
• Hawaiian Islands National Wildlife Refuge is the largest bird sanctuary in the world. 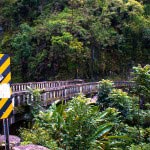 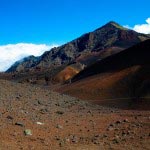 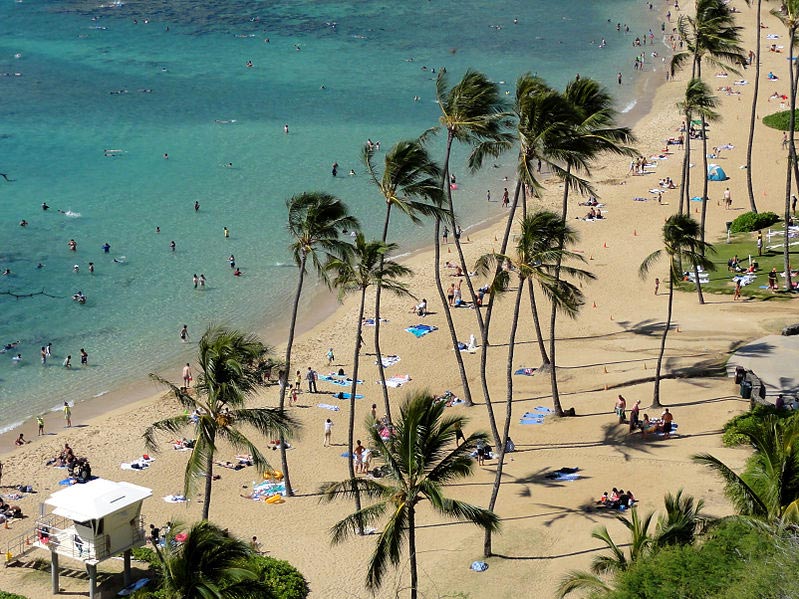 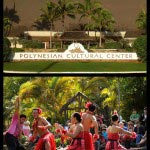 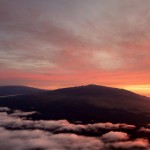 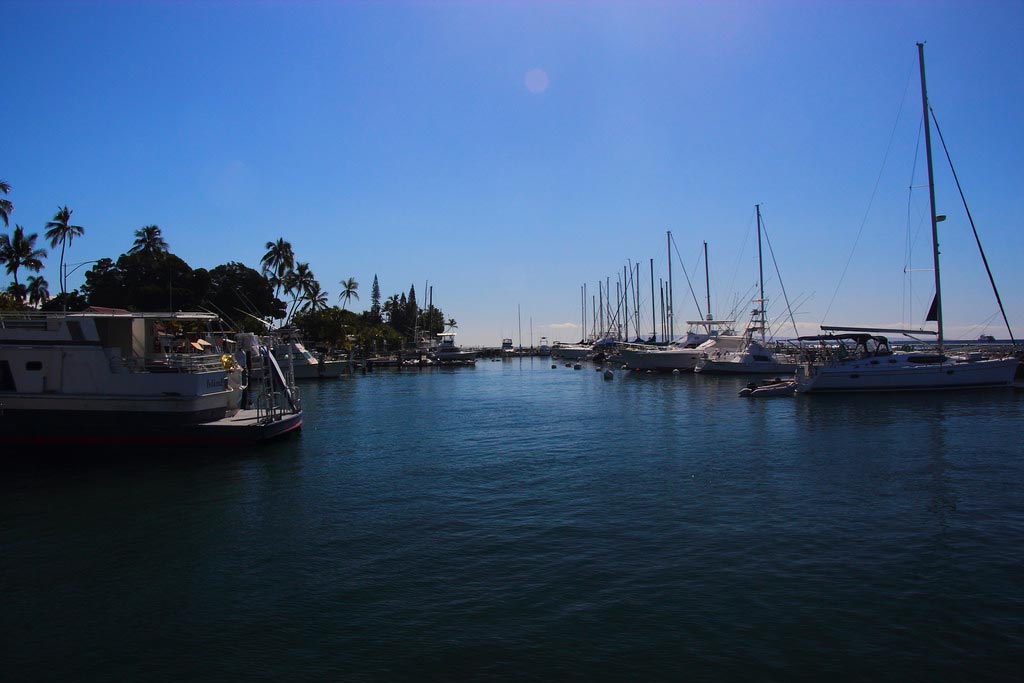