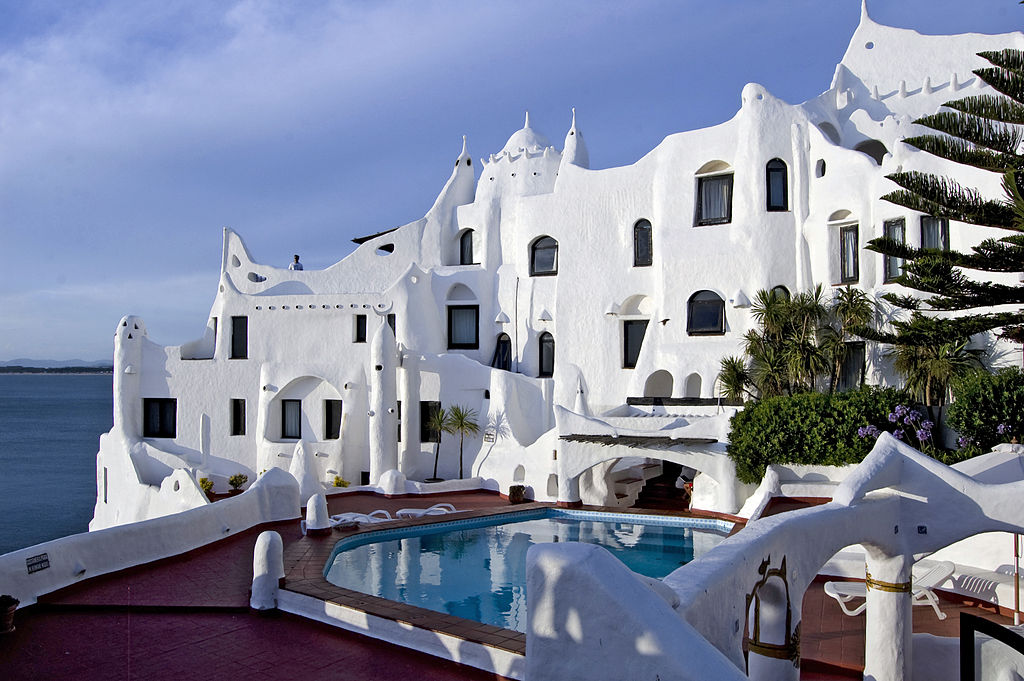 Casapueblo is a tribute to Carlos “Carlitos” Miguel Páez Rodríguez, the son of the Uruguayan artist Carlos Páez Vilaró, who luckily survived the crash of the (Fuerza Aérea Uruguaya) FAU Flight 571. It is home to an art gallery, museum, and the Hotel Casapueblo. This nine-storey building resembles the white buildings in Santorini. Constructed in adobe style, the complete house can be equated to a big museum. Presently, the house also has a cafe on the terrace, called the Las Terrazas, which offers stunning vistas.

The Museum – Workshop with a prolific collection of the paintings was made to encourage the arts in the region. The paintings were made at various places, and are concerning animals, games, abstractions, tango, women, and collages. The unusual sunrise ceremony is observed at the museum every day since 1994. A poem dedicated to the sun is played in the artist’s recorded voice. At this magical moment, gulls and lairds fly upon the terrace of the museum. You may choose to visit any of these sections: Gallery Art Museum, Sala “Nicolas Guillen”, Sala “Rafael Squirru”, Sala “Jose Gomez Sicre”, Sala “Pablo Picasso”, Ray Green Tavern, Video Projection Room, Terrace Mermaid, Viewpoint Hipocampo, and Boutique Art Museum. You may buy things sold in almost every room.

The Club Hotel Casapueblo has two swimming pools, 12 rooms and 56 apartments with terrace offering scenic views of the sea and sunset. Various recreational activities offered by the hotel include horseback rides, golf, tennis, and most importantly, the water sports, including Jet Ski, Water Ski, Banana, or Traditional Boat Trips.

Located about 15 minutes away from the beach town of Punta del Este, the Casapueblo can be reached via bus and taxi. The closest Capitan Corbeta CA Curbelo International Airport is at a distance of 9.9 km, and can be reached within 12 minutes via the IB route.
Address : Museum – Casapueblo Workshop, Punta Ballena, Uruguay, CP 20003

Twilight is the best time to visit the Casapueblo as its white color gleams.

The museum opens throughout the year from 10:00 a.m. to sunset.

An entry fee of approximately US $7 is charged to enter the building.