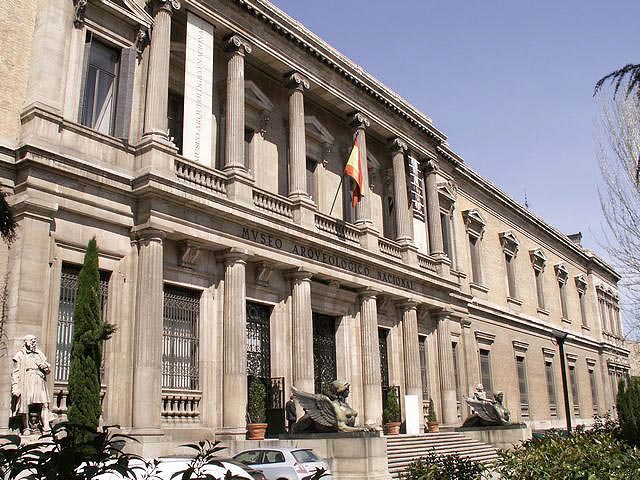 The National Archaeological Museum of Spain also called Museo Arqueologico Nacional in Spanish, is a home to many prehistoric things. Currently, the museum has a collection of Celtic, Iberian, Greek, and Roman antiquities. It has got objects from medieval times (Visigothic, Muslim and Christian) as well. This museum also houses exhibits from the Renaissance period. These exhibits are all brought from churches and monasteries.

The museum has some prehistoric cave paintings, which are replicas and feature bison, horses, and boars. These paintings were discovered in Altamira, Cantabria. There is also a Numismatic Department in the museum. Among several exhibits, one of the notable displays is of a 5th century BC bust of a wealthy Iberian woman. The name of the bust is La Dama de Elche and you can see the headgear and combs, which are associated with the traditional dress of Spain. The ancient 8th century Visigothic votive crowns which were discovered in 1859 are also housed here. The museum also has the most photographed exhibit called Choir Stall, from the palace of Palencia, dating back to the 14th century.

There are many findings from Ibiza, Paestum, and Rome. The Islamic collection is outstanding. The statues of Tiberius and Livia, the mother of Tiberius can be seen here. There are collections of lusterware; Talavera pottery and Retiro porcelain which belong to the Renaissance time. Andalusian glassware, which is a rare thing from the 16th and 17th centuries, is also kept in this museum.

Some other exhibits at the museum are Lady of Elx, Lady of Baza, Bicha de Balazote and Visigothic Treasure of Guarrazar.

This archaeological museum is a treasure for historians because of its collection that includes:

The National library, which is situated next to the museum, is a center for the collection of the publications of art, history, archaeology, and museology.

Note : As on December,2013 the museum is currently closed without any notice about its opening. 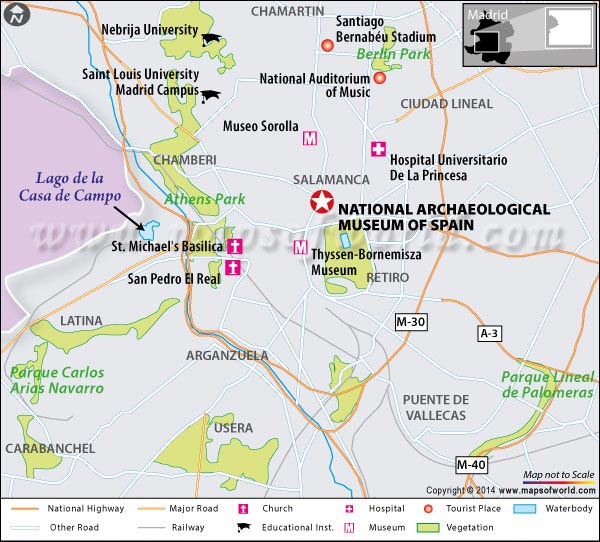 Where is National Archaeological Museum of Spain ?

The museum is situated beside the Plaza de Colón (Columbus Square) in Spain. You can reach the museum within 20 minutes by car from the Madrid-Barajas Airport.