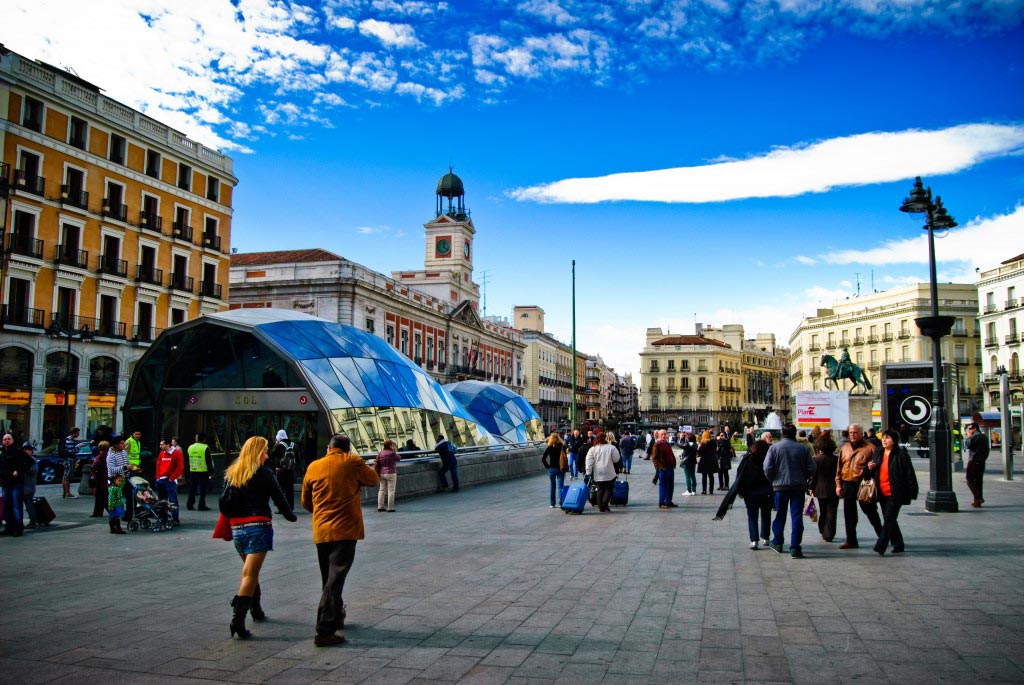 Puerta del Sol is one if the most popular Squares in Madrid, Spain

Puerta del Sol is also popular as the Eastern City Gate of Madrid, Spain. The name ‘Puerta del Sol’ or ‘Sun Gate‘ is given because the sunrays first fall on the Gate making it look magnificent. The square is one of the busiest places in the city. Nowadays, it is a favorite spot for the young crowd especially, for chatting and meeting others. It houses several shops frequented by shopaholics.

On the north side of the place, there is a famous statue called ‘El Oso y El Madroño’. This is the symbol of the city of Madrid. This statue weighs 20 tons and bears the design of a bear eating fruits from a Madrono tree. This large statue that stands on the streets of this dazzling place is in bronze. It is considered as a sign of protest against the French empires.

The kilómetro cero or Kilometer zero on the pavement wall on the gate is of great importance. There is a sign of a clock on this wall. It is the base of numbering for roads in Spain. The six national roads in Spain are measured from this point. Thus, this is considered as the center of Spain and measured as zero point. It is the best place to begin your tour of Madrid. 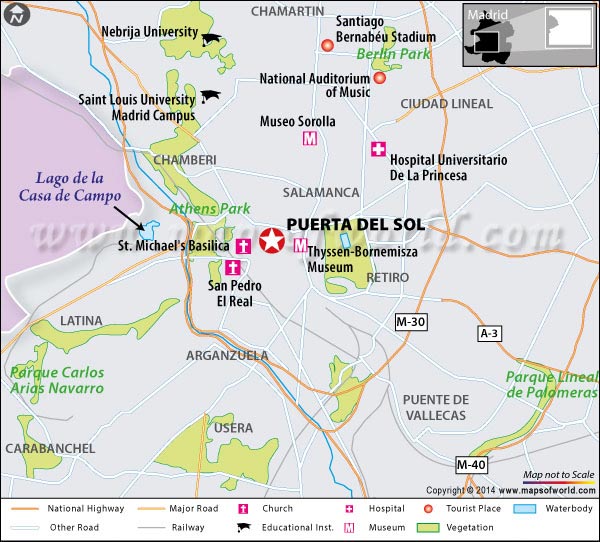 Where is Puerta del Sol ?

Centrally located in Madrid, Spain, the Puerta del Sol can be reached within half an hour by car from the Madrid-Barajas Airport.

Although Spain is a year-round destination, yet people flock to it during summers. If you are comfortable with the crowds, you may plan to visit the Puerta del Sol during July and August. The weather in Spain is the best from April through October.