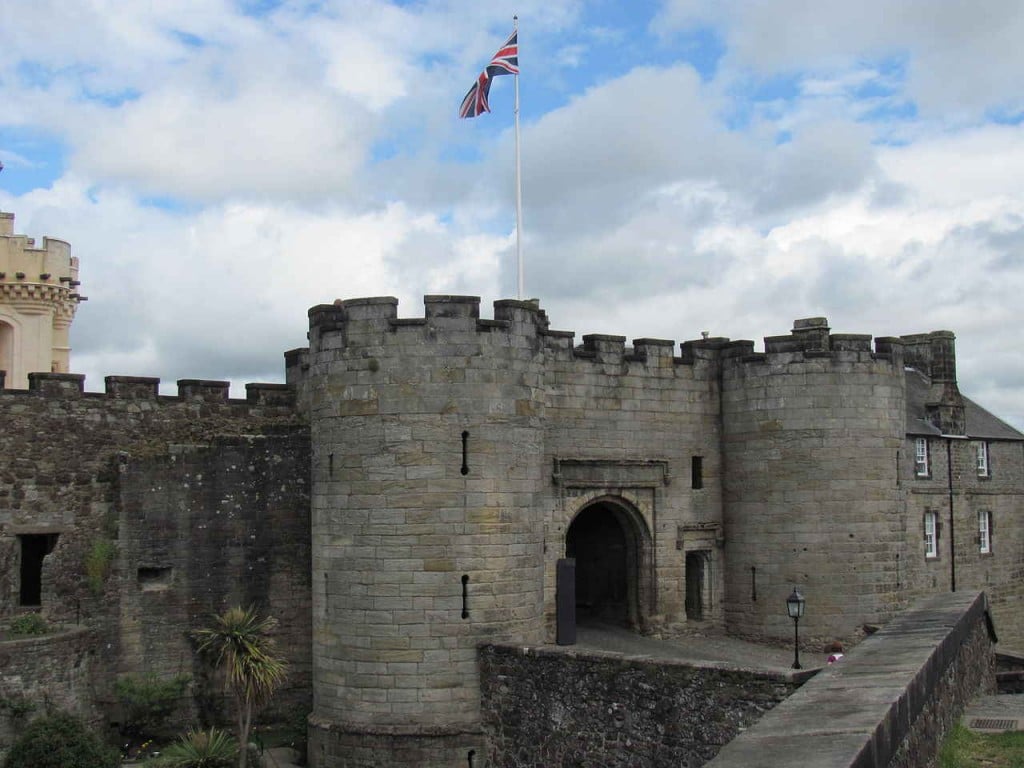 Stirling Castle is one of the grandest castles in Scotland

The Stirling, Scotland is a huge castle sited atop a volcanic hill, and is thus visible from a distance. Delving into the history of the Stirling Castle, we come to know that it saw fiery battles, and the evidence is the bullet marks upon its imposing walls. One of the worth mentioning annexation was done by Edward Bruce, brother of Robert the Bruce, during the spring of 1314. He beleaguered the castle that was occupied by the English forces.

There are several interesting highlights at the castle:

Besides the attractions mentioned above, the Stirling Castle also has Palace Vaults, the Wall Walk, the Castle Exhibition, Regimental Museum, Argyll’s lodging, and the Stirling Tapestries.

Where is Stirling Castle ?

The Stirling Castle is about 33.1 miles away from the Edinburgh Airport. It is located near the Stirling Railway Station. You can also travel by bus, or car to reach the castle.
Address: Castle Esplanade, Stirling, FK8 1EJ, Scotland, United Kingdom

The tourists usually prefer to visit Scotland during the summers because of its idyllic weather. The winter season brings with it chilly weather and is thus unsuitable for touring. An early morning visit to the castle would be the best deal, as there won’t be many people around.

Which are the famous attractions in the Stirling City?
Wallace Monument, Stirling Smith Museum and Art Gallery, Church of the Holy Rude, Falls of Falloch, and Argyll’s Lodging.