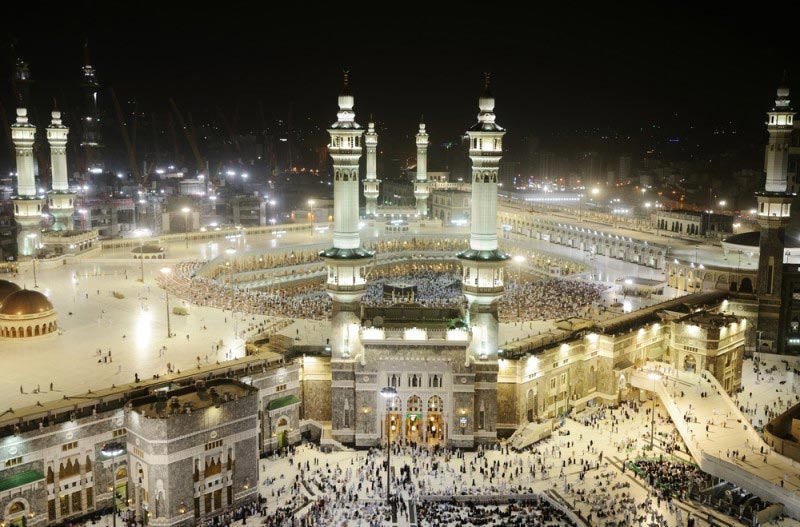 Saudi Arabia is a Middle Eastern country in Asia that occupies most of the Arabian peninsula. It has both Persian Gulf and Red Sea coast lines. The neighboring countries of Saudi Arabia are Jordan to the northwest, Iraq to the northeast, Kuwait and Qatar to the east, United Arab Emirates to the south east, and Oman and Yemen to the south. Saudi Arabia is world famous for the holy Muslim site of Mecca, a place that is not missed by any Muslim. Muslims visit Mecca at least once in their life.

Much of Saudi Arabia (about 98%) is a desert and largely uninhabited. Petroleum and the wealth it produces is the sole factor that allures people to explore and live in this harsh landscape. However, the scenario is not entirely this. Once the veil is lifted, one will come to know that the country has a lot to offer to tourists. Saudi Arabia has many beautiful oases and mountain-tops, beaches, and rivers. Its cities have no nightlife, but have plenty of cafeterias and restaurants. There are several shops ranging from the smaller ones to the huge department stores. It is not known to many that Saudi Arabia’s major cities are very modern with all kinds of facilities and amenities of a high standard. The tourists must remember the fact that as long as they respect and abide by the laws and customs of the country, they will be treated cordially.

Being the birthplace of Prophet Muhammad, Saudi Arabia contains the holiest cities of Islam. In this aspect, it is important to note that the Saudis take the responsibility of protecting the integrity of this holy land with true seriousness. Islamic laws are strictly enforced by the “mutawwa” or the religious police. Saudi Arabia also succeeds in being beautiful and praiseworthy. Thus, this country can also be a hot tourist destination.

Normally entering Saudi Arabia is not very easy as Saudi Arabia has some of the most stringent and most restrictive travel policies in the world. Therefore, advance visas are required for all foreigners planning to enter or leave the country. The only important exception to this fact are the residents of the Gulf Cooperation Council nations like Oman, Qatar, Iran, etc. The entry of the Israeli nationals is very difficult in Saudi Arabia and those with evidence of visiting Israel are denied visa though in theory merely being a Jewish national is not the reason or disqualifying factor for entering Saudi Arabia. In Saudi Arabia, transit visas are limited to some long-distance truck drivers only. Hajj or pilgrimage visas are issued by the Saudi government through Saudi embassies around the world in cooperation with local mosques.

Most of the visitors to Saudi Arabia are guest workers. Thus, visas are provided by the Saudi government to employers of the country. If you are coming to Saudi Arabia, you should note that Saudi Arabia has a very rigorous ‘customs inspection’ at all entry and check points. Alcoholic beverages, pork, non-Islamic religious materials, and pornography are strictly prohibited in the country by all means. It is also to be noted that computers, VCR tapes, and DVDs have all been snatched from people from time to time. They are confiscated for inspection by the authorities. Thus, a tourist is expected to be prepared to get all his bags opened or x-rayed.

The best way of reaching Saudi Arabia is by flight. The country has three international airports in Riyadh, Jeddah, and Ad Dammam. According to reports, the airport at Dhahran is now closed to civil traffic. Therefore, all the passengers to the Eastern Region fly to Dammam. Saudi Arabia is served by the national airline named Saudia. The country is also served by Gulf Air, Alitalia, Air France, Lufthansa, Pakistan International Airlines, Air India, Royal Dutch Airlines (KLM), Qatar Airways and even Sri Lankan Airlines. British Airways did stop its service to the kingdom in March, 2005. During the Hajj months, several chartered flights carry on with the scheduled airlines. You can also fly to Bahrain and then come to Saudi Arabia by car. Because of the absence of railroads connecting Saudi Arabia with other countries, it is not possible to travel to Saudi Arabia by trains. However, there is a railway connection between Dammam, Al Hasa, and Riyadh. Automobile crossings exist on all the borders of Saudi Arabia.

You may choose to travel to Saudi Arabia by car or any other vehicle. Borders into Iraq are currently closed. The Saudi Arabian Public Transport Company (SAPTCO) operates intracity and intercity buses. It also operates international buses between the country, Bahrain, and the UAE. A passenger ferry runs between Saudi Arabia and Egypt.
Transport

Planes, trains, taxis and bikes are used to get around Saudi Arabia. The national airlines of Saudi Arabia is Saudia. In addition to that, a low cost carrier Nas Air flies from Riyadh to Jeddah and Medina. It has some other additional destinations planned too. A new airline called “Sama Air” has also started its domestic operations covering destinations like Jeddah, Madinah, Riyadh, Dharan, Tabuk, Nejran, Abha, etc.

Another convenient means of getting around Saudi Arabia is the train. There are a number of passenger trains that run each and every day from Dammam to Riyadh. Tourists are advised to arrive early at the station as the trains are often so filled up that you would hardly get a place. Also, one must buy tickets at the station. Tourists planning a visit to Saudi Arabia must know that Saudi Arabia has several hundreds of kilometers of standard gauge railways which links the capital Riyadh with the Persian Gulf.

In the Saudi capital of Riyadh, taxis normally charge anywhere between SR5 for nearby distances to SR20 for city outskirts. Taxi drivers at airports use a fixed rate to take you for a drive from the airports. So, travelling by a taxi is quite often termed as the best means of travel in Saudi Arabia.

Moreover, motorcycles are very popular in Saudi Arabia and are rapidly growing all over Saudi Arabia. Thus, a tourist who is quite adventurous, can go for a ride around the whole country to see Saudi Arabia in a special way. It is popular even for the non- adventurous.

Highways in Saudi Arabia vary from eight lane roads to two-laned roads in rural areas. The city highways and other major highways are well maintained. This includes the roads in Riyadh. The roads are created in such a way so that they do not reflect the strong sun. In this way the roads resist the summer temperatures and high heat. The outer city highways such as those linking the coasts are not as great as the inner-city highways.

Entertainment and Many people think that there is very little in fact no entertainment in Saudi Arabia. But the reality is different.

The main source of fun in Saudi Arabia is its food and drink. The local food is quite strongly flavoured and spicy. The most common meats are lamb and chicken; and beef is rarely found. As you know pork is prohibited under Islamic law. The main meal of the day is lunch. Cooking of your own choice is possible in the larger towns. A variety of international cuisine including fast food is available for tourists in the oil-producing Eastern Province and in Jeddah.
Smoking in public is prohibited during the fasting hours of Ramadan. This is the law of the country. If somebody breaks the rules he incurs strict penalties.

Restaurants in Saudi Arabia have table service. However, there are no bars. Alcohol is forbidden by law in this country and there are severe penalties for infringement of law. Tourists planning a visit to Saudi Arabia should note that this law applies to all nationals of all countries regardless of religion. The rare specialities in Saudi Arabia includes the staple diet which is pitta bread (flat, unleavened bread). This accompanies every dish. The other food items are rice, lentils, chick peas (hummus) and cracked wheat (burghul), Kultra (chicken or lamb on skewers) is a popular option for lunch. Kebabs are always served with soup and vegetables. Another item Mezze includes up to 40 dishes. The national drinks of this country are Arabic coffee and fruit drinks which are the popular alternatives to alcohol. Besides, alcohol-free beers and cocktails are definitely served in hotel bars. If you go to any restaurant of Saudi Arabia then you should know that tipping is prevalent in most of the eating places. In Saudi Arabia, the practice of tipping is becoming more and more common and waiters should be given 10%. Recently, it has become a rule. Nightlife as a form of fun in Saudi Arabia is just dining in the various plush restaurants. Shopping is a part of enjoyment in Saudi Arabia. Souks (markets) sell incense and holders, jewellery, bronze and brassware, and richly decorated daggers and swords. As you go to the Eastern Province, huge brass-bonded chests can be purchased. Bargaining is often expected in Saudi Arabia even for modern goods such as cameras and electrical equipments. The shopping time is from Saturday to Thursday 09:00 a.m. to 1:00 p.m. and 4:30 p.m. to 8:00 p.m. (Ramadan 8:00 p.m. to 01:00 a.m.). The time differs in various parts of the country. 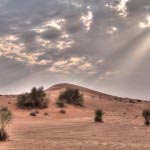 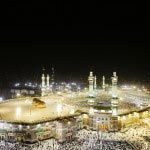