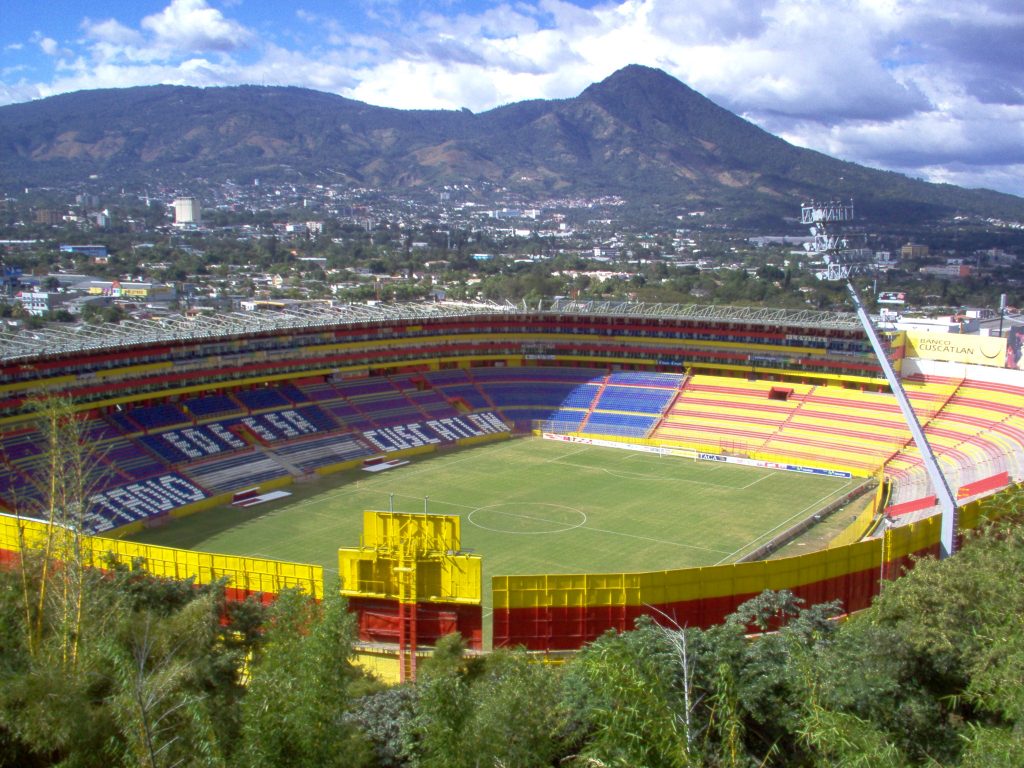 Estadio Cuscatlan is the biggest stadium in Central America

The stadium is referred to as Coloso de Monserrat or the Monumental Stadium Cuscatlan, obviously owing to its huge size. It opened in 1976 with the inaugural match being played out between the German Bundesliga winners Borussia Monchengladbach and the national El Salvador team. The stadium was constructed under the aegis of EDESSA (Estadios Deportivos De El Salvador).

Time and again the stadium has been modernized to keep up with the needs of the game and the spectators. The stadium has been modernized in 1977 and then again in 2007. Improvisations include an LED screen for spectators, French drainage system, sprinkler systems, dugout systems for playing teams, imported turf, and special VIP viewing boxes. The El Salvador home team regularly plays here as do the Alianza FC and Atletico Marte.

The original capacity of 54000 keeps undergoing changes to meet the regulatory requirements for various high profile matches. For the qualifying matches for FIFA world cup 2014, the capacity has been reduced to 28000. 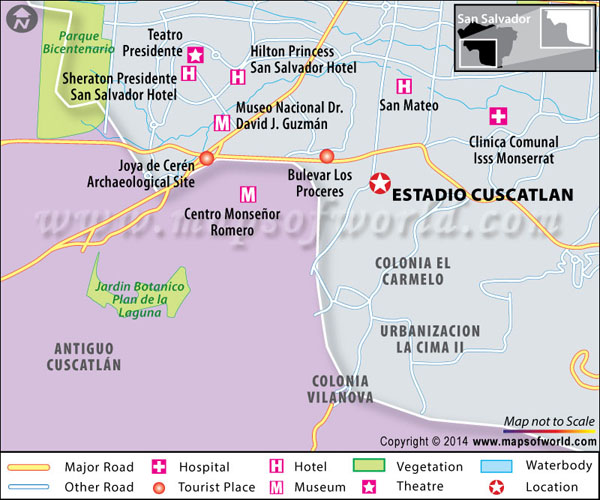 The stadium is approximately 40.2 km away from the El Salvador International Airport (commonly known as the Comalapa Airport). On a less crowded day, a drive from the airport to the stadium via Autopista Comalapa will take about half an hour. The stadium is also not too far from the rest of the important spots in San Salvador. It is a few kilometers away from its historic center and from the Zona Rosa Nightlife area.

The stadium is open all year round. Of course, you need to have prior knowledge of the schedule of events, if you want to watch a game there.

What are the co-ordinates of the park

What are the interesting places to visit around Estadio Cuscatlan

The stadium is located in the heart of San Salvador. Hence, all the attractions of the city are in close proximity to the stadium, including Lake Coatepeque, the ruins of Tazumal and the El Boqueron National Park.