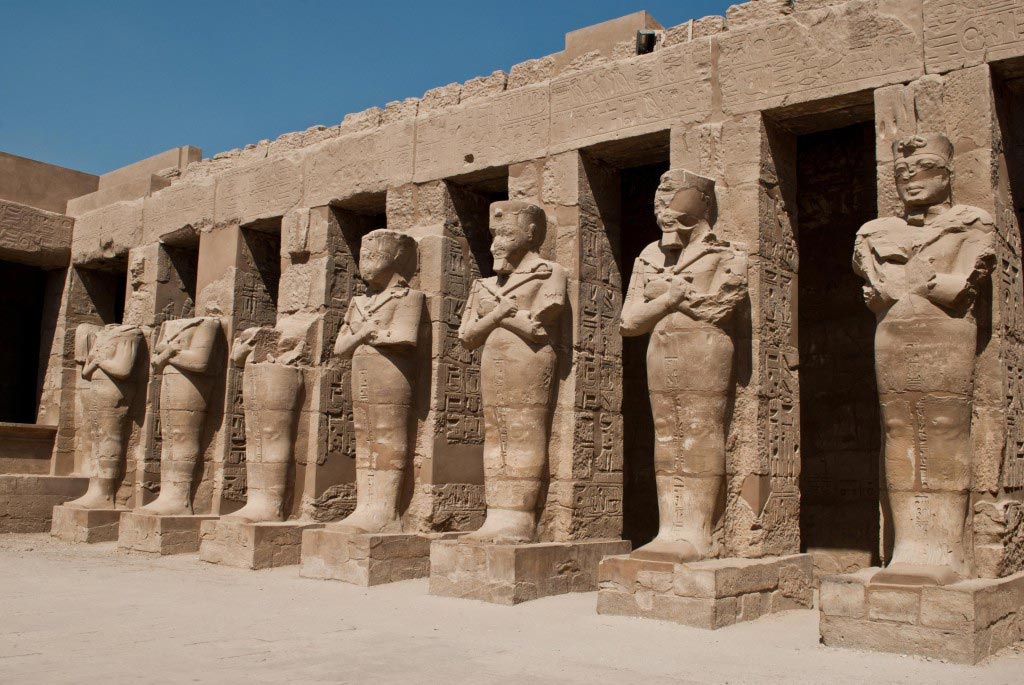 A city of temples  built over a time period of 2,000 years

The temple of Karnak (Al-Karnak) is a huge building complex made up of a series of structures and features. In fact, it is a city of temples that have been built over a time period of 2,000 years. This region still manages to overshadow some of the most popular wonders of the modern world and must have been awe inspiring in its day. Karnak covers about 200 acres and is the mother of all religious buildings. It has been a place for pilgrimage for more than 4,000 years but the main pilgrims today are only tourists.

The Karnak temple consists of four main parts. The largest portion is the Precint of Amun-Re and only one accessible to the public. It is entered through the Avenue of the Sphinxes.

First pylon is the main entrance of the temple, which was built in 656 BC by the Ethiopian kings. The pylon is composed of massive blocks forming a portal.

The hypostyle hall is a striking feature of the temple occupying space between two pylons. Its construction began during the reign of Seti I between 1290-79 and the area of this hall is about 54,000 square feet.

This site proves to be problematic for architects who want to preserve it. The inadequate foundation as well as the moisture from the annual flood disintegrates the sandstone causing issues. The work of repair and maintenance is a continuous process on the site.

Where is Karnak Temple?

The Karnak Temple is located on the bank of the Nile River in Luxor, Egypt.

It’s best to visit Egypt in either the fall or spring given the pleasant weather in the region during these months. Summer should be avoided since Egypt becomes muggy and hot from June through August.

The Karnak Temple is open from 6 am to 5 pm.

Tickets to the temple complex cost 65 LE for adults and 35 LE for students. Open-air museum costs an additional 35 LE and 15 LE respectively.

:The places to see near are Valley of the Queens, Luxor Museum, Theban Necropolis