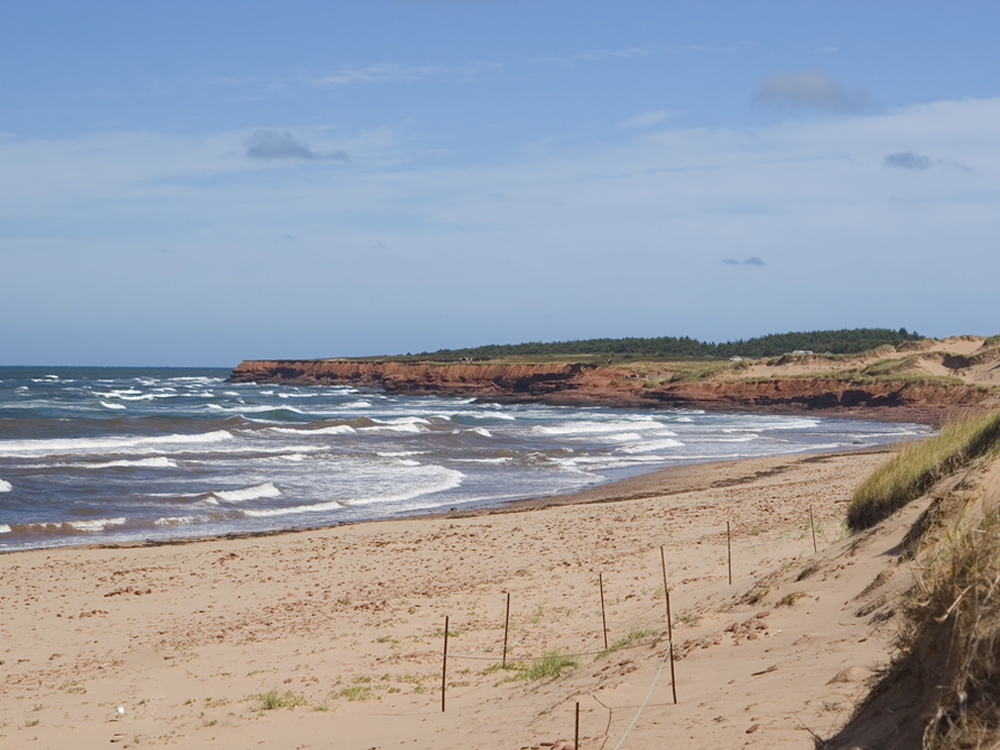 Located in the mouth of the Gulf of St. Lawrence, on the island of Prince Edward in Canada, Cavendish Beach is picture perfect. Nestled between sandy dunes on one side and sandstone cliffs on the other, the creamy sands of Cavendish Beach are straight out of the fantasy of an imaginative writer. The natural beauty of the beach is breathtaking and the balmy weather perfect for a vacation.

There are three Cavendish Beaches:

Cavendish Main Beach – This is the main Cavendish Beach. The beach has a complex which has a canteen, changing rooms, and washrooms.

Cavendish Campground Beach – A perfect family gateway, camping on the beach is an exciting experience. This section of the beach is closer to the national park campground.

Cavendish Spit – It is a barrier beach that protects the opening to New London Bay.

Attractions near the beaches:

Wax World of the Stars: Located right next to the Ripley’s Believe It or Not Museum, is a wax museum. Pose with your favorite actors, sport stars, and comic character’s wax idols. Be it Michael Jordan or Julia Roberts or Pinocchio – you name it and the Wax World of the Stars has it.

Sandspit Amusement Park: A hit with both adults and kids alike, the amusement park has over 15 different rides. Ride the Ferris Wheel & Cyclone Roller Coaster, cool off on the boats, or head to the golf course.

Cavendish is popular all over the world for its striking beaches, unexcelled hospitality, boundless adventures, scenic appeal and its golf. The credit for making Cavendish stand out as a world class golf destination goes to the golf course architects Graham Cooke, Stanley Thompson, Les Furber and Tom MacBroom. They built the Island’s finest Championship golf courses at a distance of few minutes from each other.

Cavendish Beach has accommodation facilities for all kinds of travelers. If you are in the mood to splurge, there are luxurious hotels while for the budget travelers cottages are available.

Where is Cavendish Beach ?