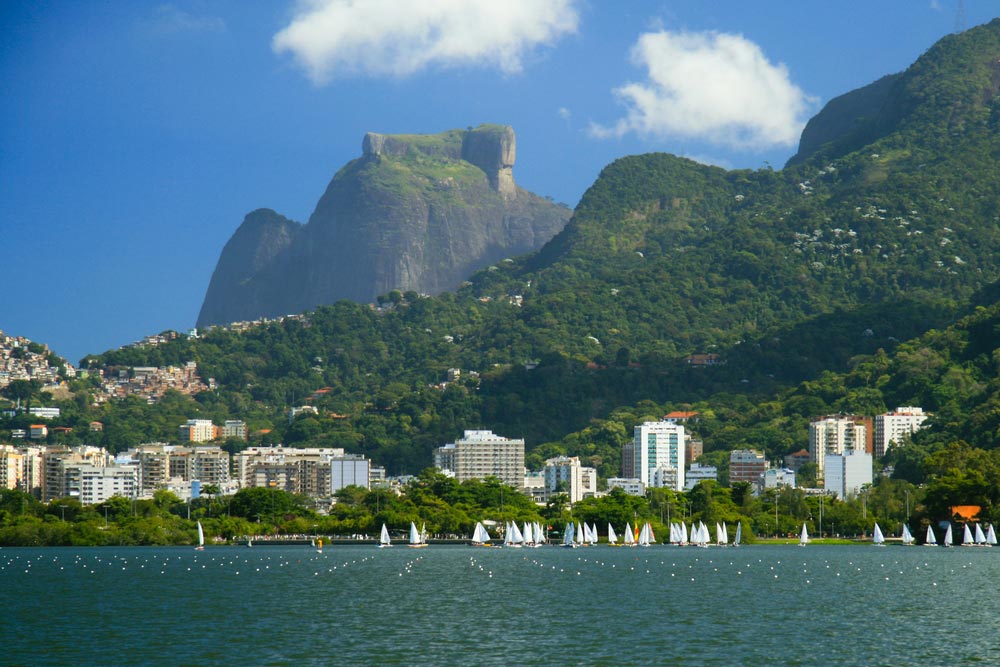 The Pedra da Gavea mountain with the face of a big, bald, and bearded man, overlooking the city of Rio, is considered as one of the biggest rocks in the world, situated ashore. Some people even say that it resembles a sleeping giant. There are many legends associated with the mountain, but no authentic documentation has been done as yet. The face is said to have been carved out by the Phoenicians. From one of the sides, it appears like a sphinx. The mountain is also famous for its archeological sites, including the slave quarters and cobblestone paths, belonging to the colonial era.

The Pedra da Gavea mountain is a part of the Tijuca Forest. The mountain offers panoramic views of the city and the wide expanse of the turquoise Atlantic Ocean. It is believed that the rocks of this mountain were formed about 500 million years ago. The activities underneath the earth’s surface, including the folds and faults, have contributed to the deformation of these rocks. The rock is made up of granite mineral and is highly prone to erosion.

There are several trail routes to access this challenging mountain. The most-used track is of Barra da Tijuca (Barry). Besides climbing and hiking, you may enjoy hang gliding (prices vary with the service provider and may begin from US $100 per person), or wingsuit gliding, or Paragliding. Several companies offer adventure tours to the mountain. There is a small waterfall in the mountain, called as the Waterfall Sorima. This is the best place to relax. The trail beyond this waterfall gets steeper.

It is a picture-postcard destination. Captivated by the beauty of the mountain and the surrounding landscape, artist Wakeman Rick dedicated a song by the same name Pedra Da Gavea to the mountain, in his Album “Rhapsodies”.

Some of the interesting places to visit near the mountain are the Christ the Redeemer statue, Jardim Botanico, Lagoa Rodrigo de Fretias, and Parque Natural Municipal José Guilherme Merquior. 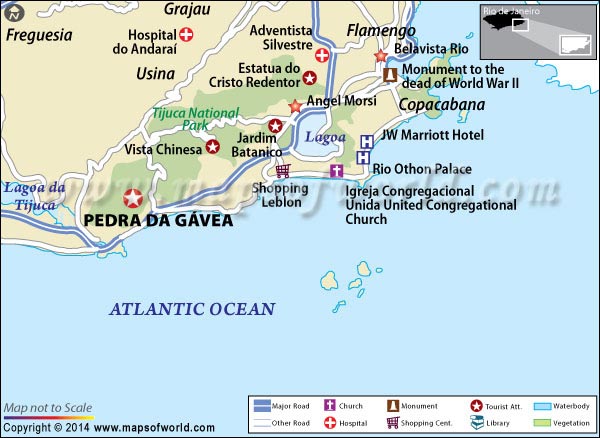 Where is Pedra da Gavea?

The Pedra da Gavea mountain is located between the beaches of Leblon and São Conrado, precisely in the districts of Sao Conrado and Barra da Tijuca, in Rio de Janeiro, Brazil.

Climbing mountain in extreme summers is an onerous task. Visit the mountain of Pedra da Gávea during the spring season or the winter season.

The nearest airport – Santos Dumont Airport, is located at a distance of around 20 km (via route Av. Infante Dom Henrique). You can also reach Rio by metro. The closest station to the mountain is Metro Na Supericife – Estação PUC. From here, you may take a taxi or aboard a bus to the trailhead.

TuAkAzA Exclusive Guest House, and Villa Rio are two of the hotels located within 2 km of Pedra da Gavea

Is camping allowed on the mountain?
No. It is not allowed for safety reasons.

Can I trek alone?
It is unsafe to trek alone due to continuous soil erosion, and other physical demands of the place. You must hire a guide for a safe return, else you may get lost by miscalculating the duration of the stay, being unaware of the nightfall.