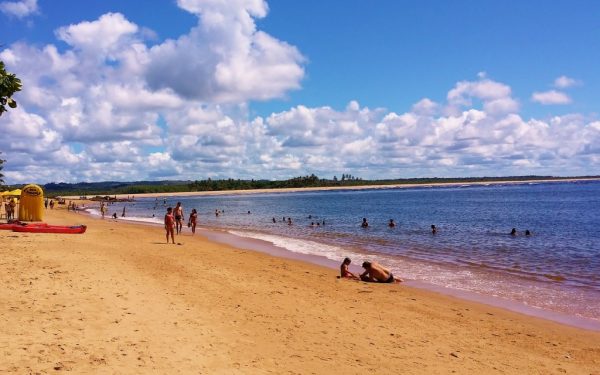 Curitiba is a coastal city in southern Brazil forming a part of Parana district, Brazil. It is situated at an elevation of about 924 meters above sea level.

Places to Visit in Curitiba

Keep in mind that most tourist attractions in Curitiba remain closed on Mondays. Shaped like the eye of Cyclops, the Oscar Niemeyer Museum showcases postmodern architectural works of the famous artist. Other notable museums in Curitiba are: MusA-UFPR at the Federal University of Paraná, Museu Metropolitano de Arte de Curitiba, Museu da Imagem e do Som, and Museu Paranaense. The 109-meter-high observation deck of Torre Panorâmica allows 360-degree views of the city.

Catedral de Curitiba at Praça Tiradentes, Bosque Alemão, Jardim Botânico de Curitiba (Botanical Garden of Curitiba), and Memory Fountain at Plaza Garibaldi are major points of interest in the city. Even though it is the first city in Brazil to have an IMAX movie theater, the building design and cultural performances at Teatro Guaíra and Ópera de Arame (Wire Opera House) at Pedreiras Park steal all the attention.

Located on the banks of the Iguazu River, the zoo at Iguaçu park (largest urban park in Brazil) houses over 1,000 animals from 80 species. Other popular green spaces are: Tanguá Park, Tingüi Park, Pope’s Woods, Barreirinha Park, and Barigüi Park. Curitiba is an epitome of urban planning where pedestrian-only cobblestone streets make way through beautiful urban gardens. Known for its aesthetically pleasing downtown and relatively cooler climate, the largest city in south Brazil is the capital of Paraná state. It resembles a futuristic vision of a developing country which dawdles ten years behind, if not more. The city is surely worthy of a sojourn, for a day or two, to recharge your batteries en route to Iguazu Falls coming from São Paulo.