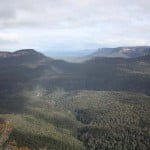 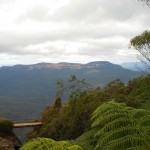 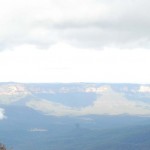 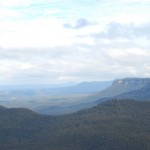 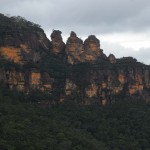 Blue Mountains in Australia is a series of cliffs that surround a plateau. Most of the area of the Blue Mountains falls under the Greater Blue Mountains Area. It is a popular tourist destination especially for the inhabitants of Sydney as it offers some relief from the summer heat. The Blue Mountains are a haven for nature lovers and feature a wide spectrum of flora and fauna. You can opt for several activities in the area that include bushwalking, hiking, trekking, canoeing, horse riding, rock climbing and nature walking. The area also comprises of many villages that will allow you to experience a slice of country life.

Things to do in Blue Mountains

Three things that you must not miss in the Blue Mountains are:

Three Sisters Rock Formation (Echo Point) – Katoomba
This popular rock formation of the Blue Mountains offers panoramic views of the Jamison Valley. They can be visited anytime and are floodlit at 10:30 pm.

Zig-Zag Railway – Clarence
This 19th century engineering masterpiece is a must-visit destination. It was built in the 1860s to transport men and materials from the western plains of NSW to Sydney. In 1910 a ten-tunnel deviation replaced it.

Some of the other major tourist attractions of the area are Leura, Mt. Victoria, Mt. Wilson, Bilpin and Jenolan Caves. Leura is a village that is renowned for its craft stores, art galleries, bookstores, restaurants and cafes. Blackheath is another village of the Blue Mountains that features some of the popular tourist sites like Rhododendron and Azalea gardens, National Parks and Wildlife Heritage Centre.

Also read: Things to do in Sydney

Mt. Victoria is famous for its sandstone heritage buildings whereas Mt. Wilson bears witness to the colonial past of the region. Bilpin is a village that is renowned for its fruit orchards, and also offers some breathtaking glimpses of the countryside. Jenolan Caves is a paradise for wildlife lovers. It features a variety of animal species along with spectacular waterfalls, and walking trails.

They are situated 100 kilometers west of Sydney. Thus, you may arrive at Sydney Airport and further, you may either catch a train or a coach or even drive to reach the Blue Mountains.

It can be visited anytime as it glows in autumn, offers a cool aura in winter, is colorful in spring and refreshes in summer. However, the summer months are the best time to visit the Blue Mountains as they are free from the mist and the air is warm and clean.

Nearby Attractions: Wentworth Waterfalls, Valley of the Waters Walk, and Kings Tableland Lookout.