New York, the largest and most populous city in the US is famous for a lot of attractions. There are around 22 National Parks in New York. Magnificent Niagara Falls also flows through the New York city. Besides natural bounties, New York also has architectural masterpieces in abundance. There are countless skyscrapers and astonishing buildings in New York, that includes the Statue of Liberty , Empire State Building and the Grand Central Terminal. We have gathered top 7 architectural wonders in New York. Discover New York in these 7 pictures: 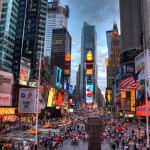 Times Square: A place of pure fun and entertainment! 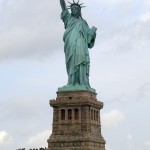 Statue of Liberty: Symbol of freedom! 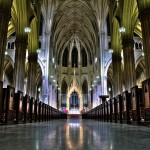 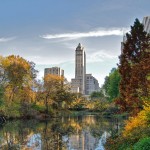 Central Park: A park with a difference! 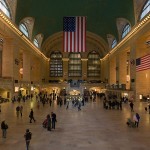 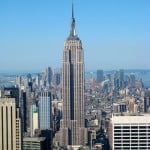 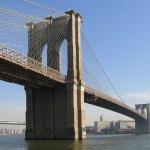 Times Square: A place of pure fun and entertainment!

Times Square is the pulsating heart of the New York City. It is located on the crossroad of Broadway and Seventh Ave. The sparkling lights, big billboards, and towering skyscrapers are a fuel to your burning desires of experiencing the highest level of merriment. It has served as a background for scenes of many of the Hollywood movies, including Times Square (1980), Deep Impact (1998), Knowing (2009), etc.

Statue of Liberty: Symbol of freedom!

The Statue of Liberty, the identity of the New York City, stands as the symbol of universal freedom and democracy. Located on the Liberty Island, the statue is accessible via ferries (that leave from the Battery Park and the Liberty State Park). The visitors, who intend to undertake the crown or the pedestal tours, have to get the reservations done in advance.

The Neo-Gothic St. Patrick's Cathedral is the outcome of the toil of several generations. It was built on the site of the old Saint John’s Church. The foundation stone of the cathedral was laid on August 15, 1858, and the church was opened on May 25, 1879. Since then, the cathedral is being enhanced gradually. The two spires in the front were added in 1888. The 7000-pipe church organ is one of the chief highlights of the cathedral.

Central Park: A park with a difference!

The Central Park, located in the Manhattan, is a park of historical significance. The 107th United States Infantry is one of the several war memorials, who died serving the country during World War I. The 7th Regiment Memorial statue is dedicated to 58 men who died fighting against the Union during the War. The park has several places to allure the children, for instance, the Alice in Wonderland statue, the Ancient Playground, and the Adventure Playground. There is a lot to explore in the park.

The Grand Central Terminal is the lifeline of the New York City. The terminal served the background of the short story "The Third Level" by author Jack Finney. The author compares it to the enormous tree that is growing at a faster pace. Presently, the terminal has 68 shops for every requirement. You won't mind shopping before boarding a train.

Ranked as one of the oldest suspension bridges in the US, the Brooklyn Bridge bridges the gap between the boroughs of Manhattan and Brooklyn. It was designed by German immigrant John Augustus Roebling. Many notable events have been recorded concerning the bridge. A few people have tried to jump off the bridge, mass arrests were done near the bridge in 2011, etc.