Best Places To Visit In Bhutan

Bhutan – a landlocked country located on the eastern side of the mighty Himalayas, is a place full of myths and legends. The locals call it 'Druk Yul', "the Land of the Thunder Dragon". Thimphu – Bhutan's capital city is the world's only capital city without traffic lights. Verdant green forests on the mountain slopes and pleasant weather make this eco-friendly country a nice place for the jaunt. Some of the best places to visit in Bhutan include: 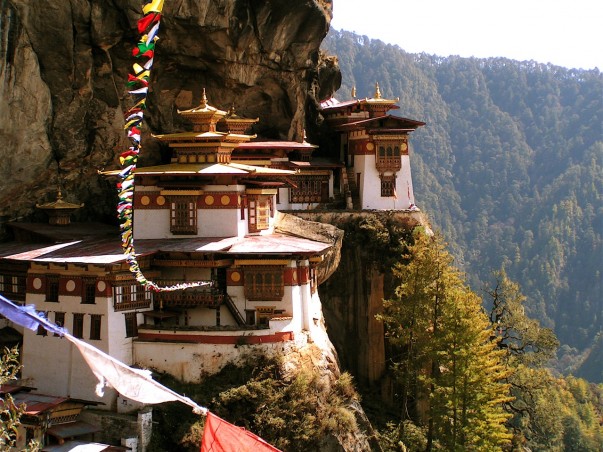 The Tigers Nest monastery in Bhutan

Popularly known as the Tiger's Nest, the Taktsang Monastery is a steep climb up the hill. It is said to be the place where Guru Rinpoche brought Buddhism in Bhutan. He is believed to have arrived here on the back of a tigress. As the monastery is located at a higher altitude, it is recommended visiting this monastery at the end of your Bhutan tour, as by that time you will have acclimated to the altitude. Visitors have to trek to reach the monastery as there is a lack of proper roads.

Punakha Dzong is built at the conflux of two major rivers in Bhutan – the Pho Chhu and Mo Chhu. It preserves the consecrated relic Ranjung Karsapani – self-created image of Avalokiteswara, that surprisingly appeared in the vertebrae of the founder of the Drukpa School – Tsangpa Gyarey, when he was cremated. The remains of the unifier of Bhutan – Zhabdrung Ngawang Namgyal, are also conserved here. It is one of the biggest Dzongs in Bhutan. It is adorned with beautiful paintings and statues of Buddha. Once you visit it, you won't feel pleasure in visiting other Dzongs. 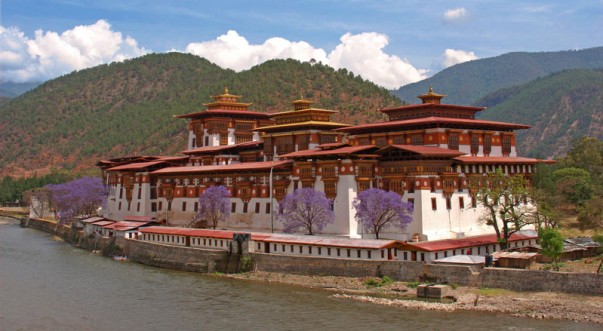 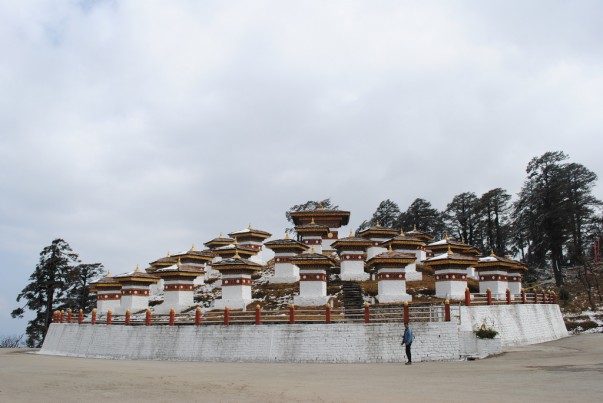 It is a favorite place among tourists as they enjoy 360 degree views of the Himalayas from the Dochu La Pass. The pass also has religious significance as it has the Druk Wangyal Lhakhang (temple) perched on the top. It offers breathtaking views of the snow-clad mountains with stupas. There is a cafe at the top of the pass where you can relax and enjoy the intriguing views.

Several lakes and ponds have holy associations. The Burning Lake is one such lake located in Central Bhutan. A legend states that Terton Pema Lingpa had a vision of the valuables hidden by Guru Rimpoche, several centuries ago. The locals of Tang didn't believe him. To prove himself, he plunged into the lake with a butter lamp and came out of it with a chest, a scroll of paper, and the burning butter lamp. Since then, the lake has been named as the Burning Lake. Do visit this beautiful place. 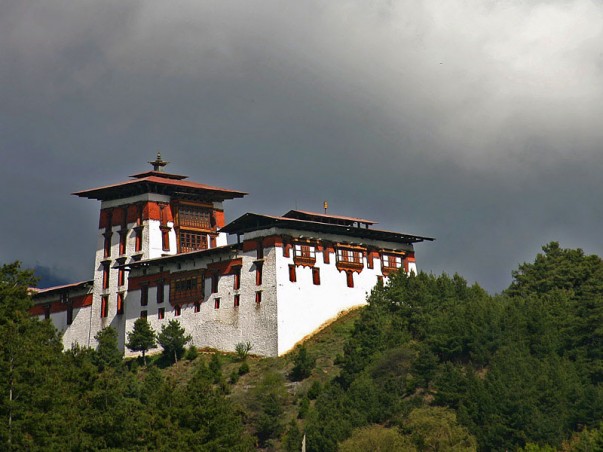 The Jakar Dzong, also known as the “Castle of the White Bird”, was built in 1549. It was made the seat of the first king of the kingdom of Bhutan. Its' 50-meter-high Central tower is one of the chief features of this place. Built by the Tibetan Lam Nagi Wangchuk, the Dzong also acts as a protective passage, interlinked by fortified towers. It provides water to the people of the fortress during beleaguering.