Home » Alex - The Big Guide at The Opera House

Alex - The Big Guide at The Opera House 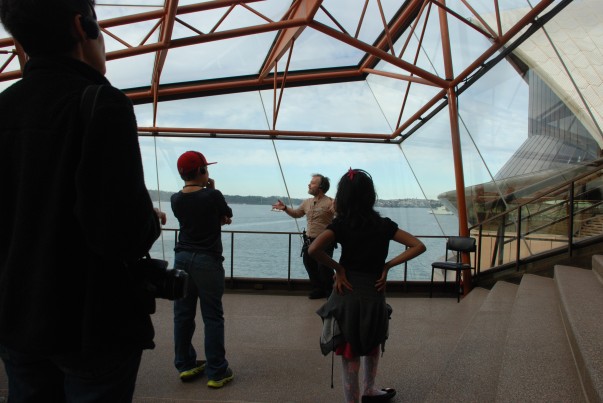 The Big Guide of The Opera House

He stands tall, above all who follow him, exactly the way children followed the Pied Piper of Hamelin out of their town. Instead of the pipe, he has passion and that passion powers his voice to magical heights. In less than two minutes he had absolute control over his group. He was so impressive and knowledgeable that one followed his commands as gospel. His love for his job is obvious and so is his commitment to himself for not letting his height, or lack of it, draw any attention from the subject in hand.

I have been with guides in most parts of the world, here was the one who redefined what a guide needed to do.

Also read: Top things to do in Sydney

He controlled his Australian accent to ensure that all "international tourists" were at ease. Having done that, he knew his strawberry from his tart. Knowing that the tart was also important, he didn't cut back on it. He just ensured that the strawberries were continuously coming. Mixing history with humor, facts and a sense of time is a tough task. His connects were all very appropriate and he was very firm where he had to be. The minute he said no cameras inside the main hall, it was no cameras. There was no question of anyone ignoring that. Just two days ago, I was with another guide at another tourist spot in Sydney and he had absolutely no control over his group and no respect for him was aroused either.

Do check with the Opera House Team conducting guided tours about the group Alex is conducting. Join his group. You would surely love every minute of it.