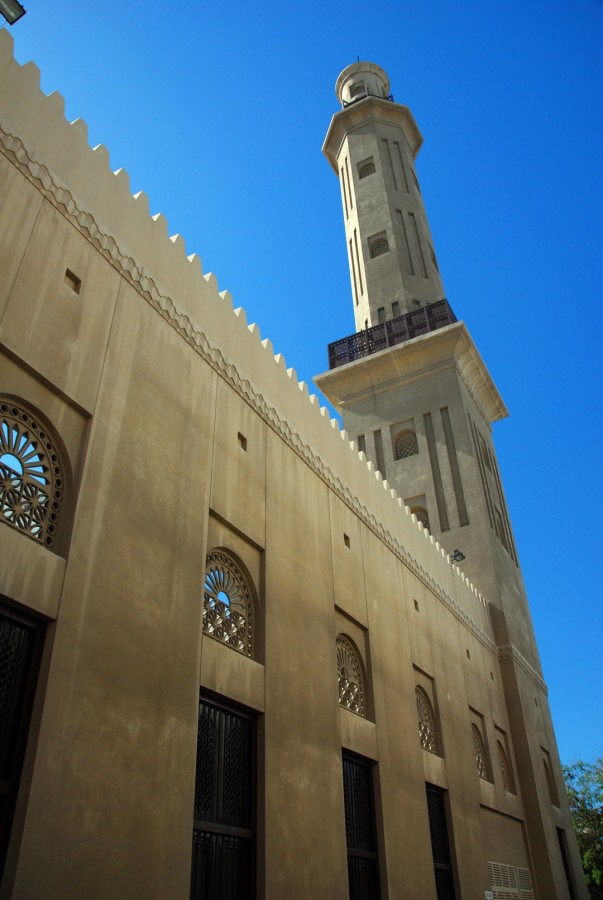 If you are in Dubai, you just can’t forget to visit Grand Mosque. Grand Mosque is located at the Bur Side of Dubai Creek that offers the tranquil atmosphere of the designs of traditional Islamic architecture which is the central designing of the mosque. The Grand Mosque has been built in 1900 A.D. The Grand Mosque has been designed in the old style. The mosque houses a Quranic school which has a close resemblance to the present day madarasas in which children are taught the Quran and about the features of the Muslim religion. The Mosque has once been rebuilt in order to enhance the capacity to hold more worshipers.

The present day statistics of the devotees coming to this mosque is a total of 1200 devotees. The minaret of Grand Mosque is 70 meters high. This is the tallest minaret in Dubai. Grand Mosque is considered to be one of the most spacious mosques in the whole of the UAE.

Permission to enter the Grand Mosque is restricted. Only Muslims can enter the mosque. Non-Muslims are attracted by the Islamic artistry and the majestic Islamic culture which has been applied to build the Grand Mosque. Taking pictures of the tall minaret, marvelously designed walls, illuminated domes, splendidly decorated glass panels and antique window shutters is permitted but only from the premises of the Grand Mosque. The mosque houses around 54 domes among which 45 are small and 9 are large. The Grand Mosque has been built along the Al Mussalla Road, near the Ruler’s Court, Dubai. This mosque is popular as Al-Jumeriah Mosque and is among the most photographed buildings in the UAE.