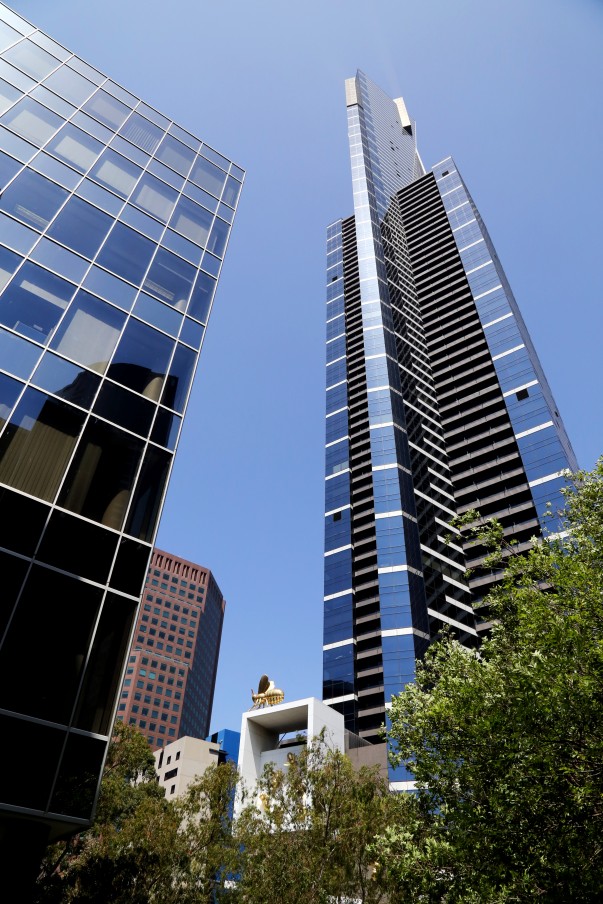 The Eureka Tower in Melbourne 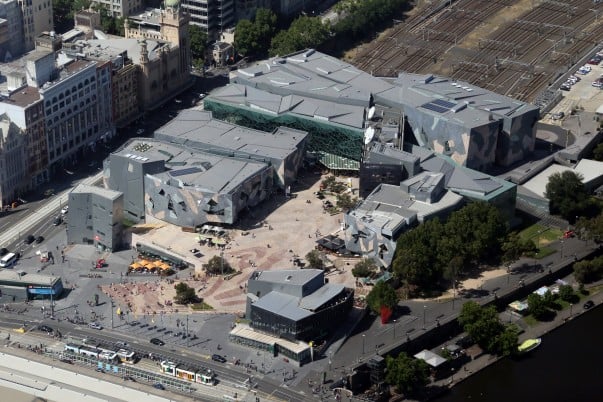 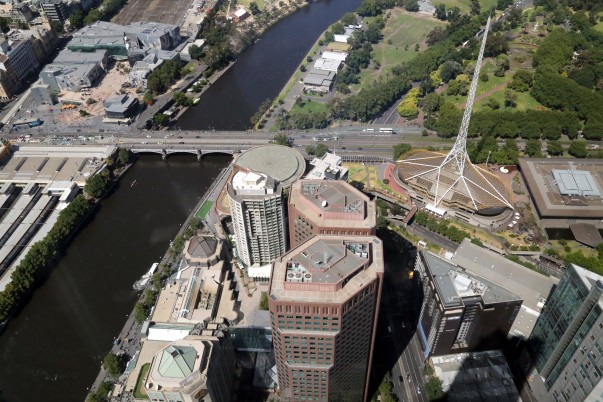 View from the Sky deck

Southbank promenade is sprinkled with cluster of high-rise sky scrapers which collectively form an impressive Melbourne’s skyline. Eureka Skydeck 88 surpasses all other buildings in its vicinity not only in height but also in appearance. Situated at Riverside Quay, this 91 storey high, Eureka Tower,  is the tallest building in Melbourne with highest observation deck in the Southern Hemisphere. A must-visit attraction for all the visitors who simply want to have 360 degrees panoramic views of the city this place is probably the best vantage point. Ability to watch almost all the iconic spots of Melbourne from its observation deck is an experience in itself. In case if you are short of time and still want to enjoy awe inspiring views of city’s prominent precincts from a single point, then Eureka skydeck is a place to be. 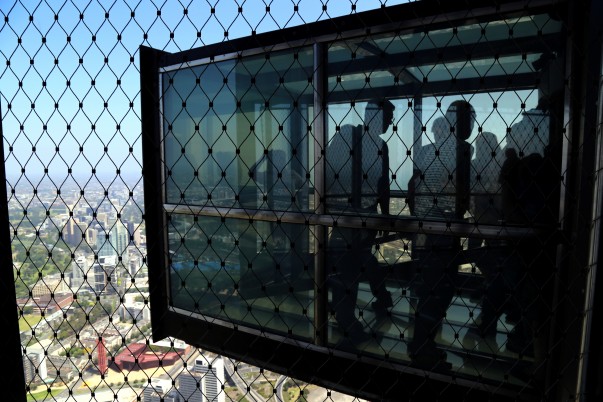 A dedicated elevator zooms up at a sky-rocketing speed to place you at an observation deck in less than 40 seconds. This 975 feet high structure covered from top to bottom in blue glass crossed with white lines giving a very impressive feel to this entire building. As you reach the Observation Deck you could either use a static binocular to view city’s iconic spots or can enjoy a walk with adrenaline rush on glass cube extending 3 meters outside the building edge. In case if you want to feel the gush of strong cold winds, then open terrace is for you to experience it first-hand.

You may also like : 17 Free Things to do in Melbourne 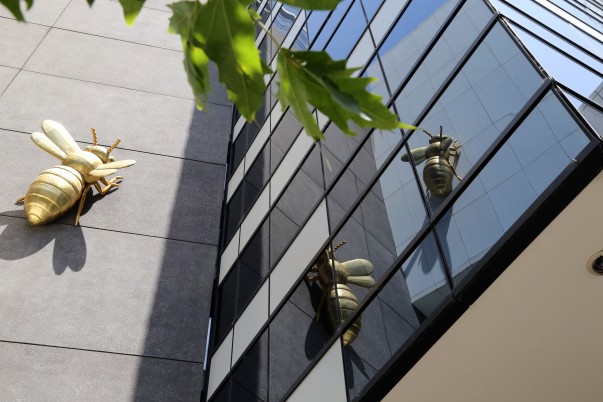 Golden Bees installations at the Lower Façade of the Eureka Skydeck 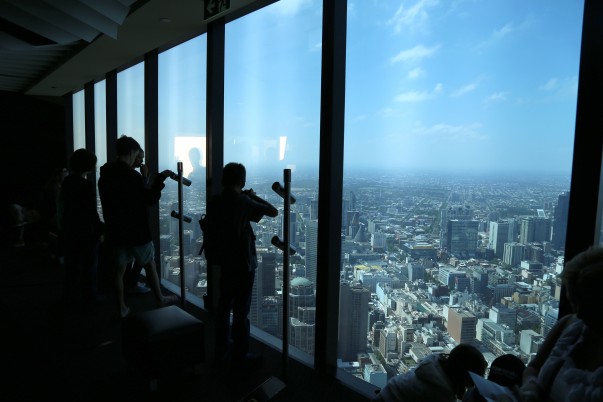 At the lower façade of the building is cluster of Honey bees which add to the overall décor of the building. These bees actually represent a community of Queen Bee and her colony of worker bees together signifying a community. Conceptualized and erected by one of the local artist this concept represents the community of people that occupies this residential building.

Also read: Top 10 Things To Do in Sydney