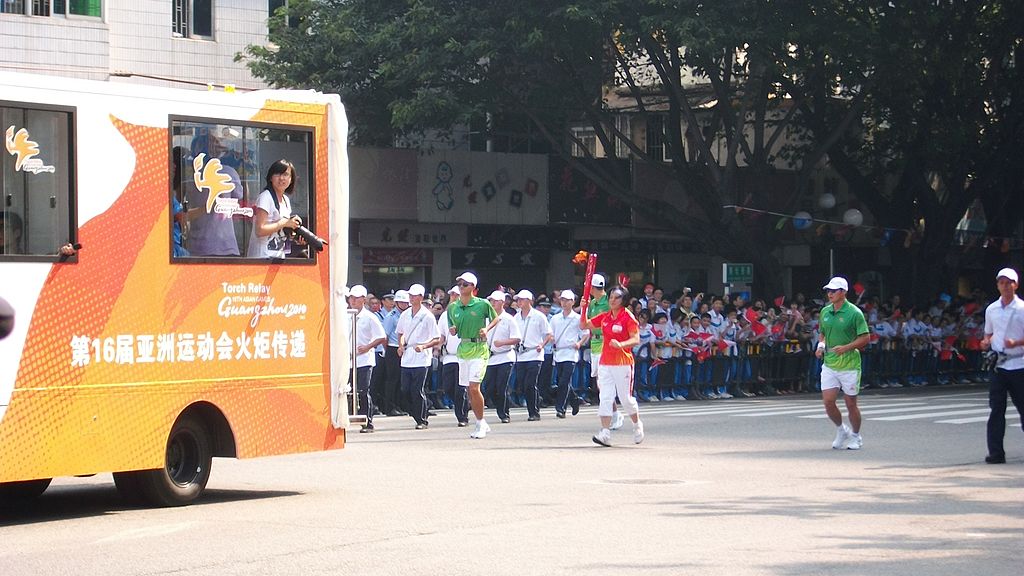 Picture from the torch relay ceremony of the Guangzhou Asian Games

The year 2014 is set to witness the 17th Asian Games in the city of Incheon in South Korea. This international event will feature 439 sporting events across 36 types of games, including swimming, archery, football, triathlon, badminton, and judo. It is slated to begin on 19th September and will continue for 16 days. Participation is expected to be of about 13,000 athletes and 7,000 associated officials and media. Before the beginning of this year’s Asian Games, an international and domestic torch relay will be organized. This will cover four countries – India, Vietnam, China, and ending with a domestic relay to Incheon.

According to the Asian Games tradition, the torch relay is held prior to the commencement of the sporting event. It is for the first time though that the relay will have an international leg.

The International Torch Relay will start in New Delhi, with the ceremonial Flame Lighting at the Dhyan Chand National Stadium on the August 9th. New Delhi was the venue for the first Asian Games ever held, in 1951. The relay party will then move to Hanoi in Vietnam. Hanoi will be hosting the 18th Asian Games, slated to be held in 2019. From Hanoi, the torch will go to Guangzhou in China, which was the 2010 Asian Games organizer. The entire 17-km-long relay route will have about 40 persons escort the torch in each of the three cities. The torch will finally reach Korea on 20th August that will start the Domestic Torch Relay.

The Domestic Torch Relay is set to begin with the Flame Lighting at the Chamseongdan Altar at Mount Mani in Incheon on August 20th. It will then relay across 17 cities and provinces in Korea covering about 3,800 km and end on 19th September, the day when the 17th Asiad Opening Ceremony will be held in the Main Stadium in Incheon.

Explore : Top Things to do in Incheon

The Asian Games Torch Relay is considered symbolic in bringing together the different countries of Asia for the common sporting interest.