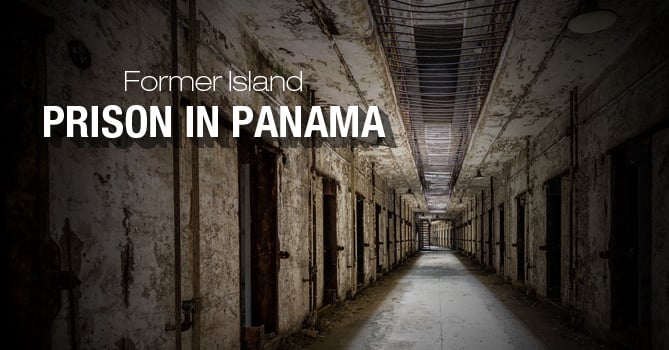 At the first look Isla Coiba at Panama is like any other desert island. The water is as clear as gin and the sand is white and powdery. There is a dense rainforest waiting to be explored, and a whole line of palm trees before the same. This island paradise has a rather chequered past and its future looks uncertain as well.

The past of Coiba

Isla Coiba is now a part of the Coiba National Marine Park, which consists of 39 protected islands. It was previously an infamous island prison for approximately a century. This was where the worst criminals of the land were sent and this was also the place used to make political prisoners disappear. The logic was simple. The island was full of poisonous insects and snakes and the sea was full of sharks, which meant that ones marooned over here had no respite anywhere. This island has seen such treatment meted out to thousands of prisoners, who were referred to as Los Desaparecidos or The Missing.

The present situation in Coiba

Through the course of the last 100 years there has been significant environmental change in Panama. However, the situation is a little different in Coiba. Just like Australia and New Zealand, which were unknown to “civilized” people for centuries and thus saw the development of a thriving biosphere, Coiba too has experienced limited interference from humans and that has allowed nature to express itself in its fullest glory over here. At an area spanning 194 sq km, Coiba also has the largest rainforest in Central America. On top of that it is a virgin rainforest. The jail was closed in 2005, following which Coiba gained the status of a UNESCO World Heritage Site.

The biodiversity of Coiba has made it a popular destination for travelers who love nature and scientists who study it. The island has a lot of mammals, plants, and birds that are unique to the island or the region in general. The island is also regarded as a final destination for several endangered species like the scarlet macaw and crested eagle. The underwater mountain range on which it is situated is the one that houses Galapagos Islands as well. The marine life over here is pretty diverse as well. Coral reefs have now formed atop volcanic rocks and marine animals such as rays, whales, turtles, sharks, pelagic fishes, humpbacks, and dolphins use it as a channel for migration.

Why is it so popular?

Most of the people who prefer Coiba do so because it is one of the best places for diving and thrills galore. This makes it different from the Galapagos Island, Cocos Islands in Costa Rica, and Malepo in Colombia. Incidentally, all of these are well-known diving destinations as well. One can take day trips to the island with most people preferring Santa Catalina as the spot from where they visit the island. Located almost 20 km from Coiba, Santa Catalina is a small fishing village located in mainland Panama. People also visit Isla Rancheria, a lovely looking island and a scientific research outpost of the Smithsonian Institute.

The wildlife in Coiba comprises the following:

Problems being faced by the island

One of the major problems being faced by the island now is its growing popularity among cruise ships. The sheer volume of waste left behind by these ships and the amount of water resource that they consume is a cause of headache for the island’s authorities. They have stated clearly that given the small resources at their disposal it is impossible to properly cater to such huge spurts of people at a time. They also feel that it is a major mistake to entrust tour operators with the responsibility of keeping the island prim and proper when people are visiting and monitor all the activities. In order for the island to be maintained properly they feel it is important that fishing is controlled in the remote areas of the island and tourists are properly educated. One also feels that the various stakeholders – tourists, tour operators, administrators, et al – take it upon themselves to act in a responsible manner and preserve the pristine nature of this wonderful island, so that the future generations are able to enjoy the same as well.