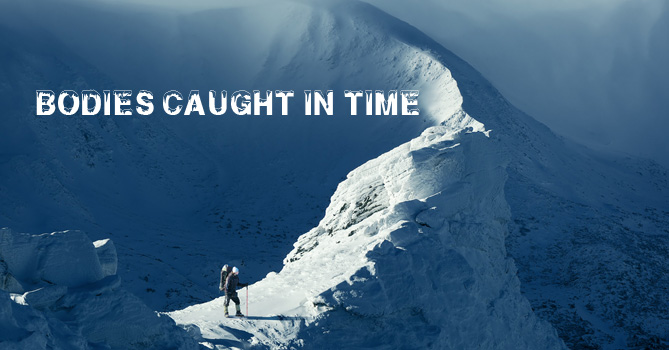 Scaling the Mount Everest is one of the biggest dreams of every climber who is into mountaineering or is planning to enroll for the adventurous, exciting, and extremely dangerous sport of mountain climbing. Prior to Edmund Hillary and Tenzing Norgay’s marvellous achievement of conquering the Everest in 1953, several attempts were made by mountaineers to scale the summit. However, Hillary and Tenzing’s success gave climbers a renewed hope that Mount Everest was not unconquerable. Their success has spurred many a climber to undertake the perilous journey, with some achieving success, some returning midway due to sheer exhaustion or lack of oxygen and some meeting their tragic end in the mountains.

For those who have died, Mount Everest has served as their final resting place with their bodies lying in the snow-clad peaks. It is said that there are more than 200 bodies on the Mount Everest. Some of them have been here for years, in the same position and far away from their loved ones. The mountain environment has aided in preserving these bodies. Let’s have a look at some of the brave souls who took the dangerous journey to conquer Mount Everest, but met with a tragic end.

Probably one of the most famous bodies that climbers encounter is that of Green Boots. The body has earned the sobriquet Green Boots because of the pair of green-coloured boots that it is wearing. The body, with its arms in a tight embrace as if protecting itself from the cold, has been lying here for the past 18 years. The body is so well preserved that for a first-timer it would seem as if the climber, due to sheer exhaustion, is taking a nap before he would wake up and continue with his journey. The body is believed to be of Tsewang Paljor, who was one of the members of the first Indian team to reach the summit of Mount Everest. He was one of the three Indians who died on the mountain during the 1996 Mount Everest disaster. Paljor was caught in the blizzard while descending and to save himself from Nature’s fury, he sought shelter in a cave. He died due to exposure and since then his body remained on the mountain in the same position until 2014, when it suddenly disappeared from the spot. The macabre twist to the tale is that all these years the body had been used as a landmark by climbers.

In 1924, George Mallory, along with Andrew Irvine, made an attempt to climb the Summit of Mount Everest. Both climbers disappeared on the North-East ridge during their attempt. It was reported that Mallory and Irvine were last seen at approximately 800 vertical feet (245m) from the summit. The disappearance of the duo led to many expeditions being launched to trace them and also gave rise to speculation as to whether they were the first to scale the summit, 29 years before the success of Hillary and Norgay. In 1999, the Mallory and Irvine Research Expedition, sponsored in part by the TV show Nova and the BBC, and organized and led by Eric Simonson, took an expedition to the summit to trace the two climbers. In May of the same year, a frozen body was found on the North face of the mountain, some 27,000 feet below from where Irvine’s axe was found by a team in 1933. This led the team to believe that the frozen body was of Irvine. However, on closer scrutiny, the team, much to its surprise, found a tag on the body bearing the name G. Leigh Mallory. The mountain’s climate had led the body to be preserved in the perfect condition. This was a great discovery, as after 75 years, the body was found. The body of Irvine is yet to be traced and it is also unclear as to whether the two were the first to summit the mountain.

English mountaineer David Sharp died near the summit of Mount Everest in 2006. However, this death has caused much controversy and anguish. It is said that around 40 climbers had passed a dying David Sharp on the way. He received no help and it ignited a debate as to what should a climber do when he sees a fellow climber in distress. The first double amputee to summit the mountain, Mark Inglis was the centre of criticism. When Inglis passed the Green Boots cave where David Sharp had taken refuge, he found Sharp in a fragile condition, but still alive. However, as Inglis had the difficulty of mounting a night-time rescue, he continued with his ascent. Edmund Hillary came down heavily on the climbers and criticized their decision not to help others in distress and termed it unacceptable to leave others to die on the mountain. The body of Sharp was later removed from the trail.

Even in death, American climber Francys Arseniev achieved the distinction of becoming the first woman from the U.S. to reach the summit of the Mount Everest without bottled oxygen. However, on her way down, she got separated from her husband and the expedition team. While climbing down, her husband realized that she was missing and knowing that she did not have enough oxygen to return back to the base, he ventured back to try to recover her. Unfortunately, he fell to his death in a bid to save his wife. An Uzbek team did encounter Francys and found her half conscious affected by frostbite and lack of oxygen. They tried to help her by carrying her down as far as they could, but as the team were themselves exhausted and running out of oxygen, they abandoned the rescue effort. The body of Francys Arsentiev, who died in 1998, was visible to other climbers for nine years. However, in 2007, Woodall led an expedition “The Tao of Everest” to recover her body and give it a descent burial. On May 23, Woodall located her body, did a brief ritual and then dropped her body to a lower location. Though it is still on the Everest, it is no longer visible to other climbers.

German climber Hannelore Schmatz died on October 2, 1979 due to sheer exhaustion after a successful summit. For many years, mountaineers who were attempting to scale the summit from the southern route could see her body. She would be in a sitting position with her eyes wide open and leaning on her backpack. Her hair blowing in the wind would add to a macabre and disturbing sight. Eventually, her body blew over the edge due to the strong winds.

It is a sad fact that despite the advancement of technology and climbing tools such as altimeters, shoes, oxygen systems, etc, climbers continue to die on the mountain. The bodies left behind on the mountain are at times tough to retrieve due to the perilous position in which the bodies are stuck, making it a near impossibility to retrieve them. These bodies are still lying there and some are several years old. Though these bodies remind climbers of the dangers awaiting them, still, climbing the world’s tallest peak is a challenge, which many are willing to undertake.