Hoi An: An Bang Beach, Vietnam 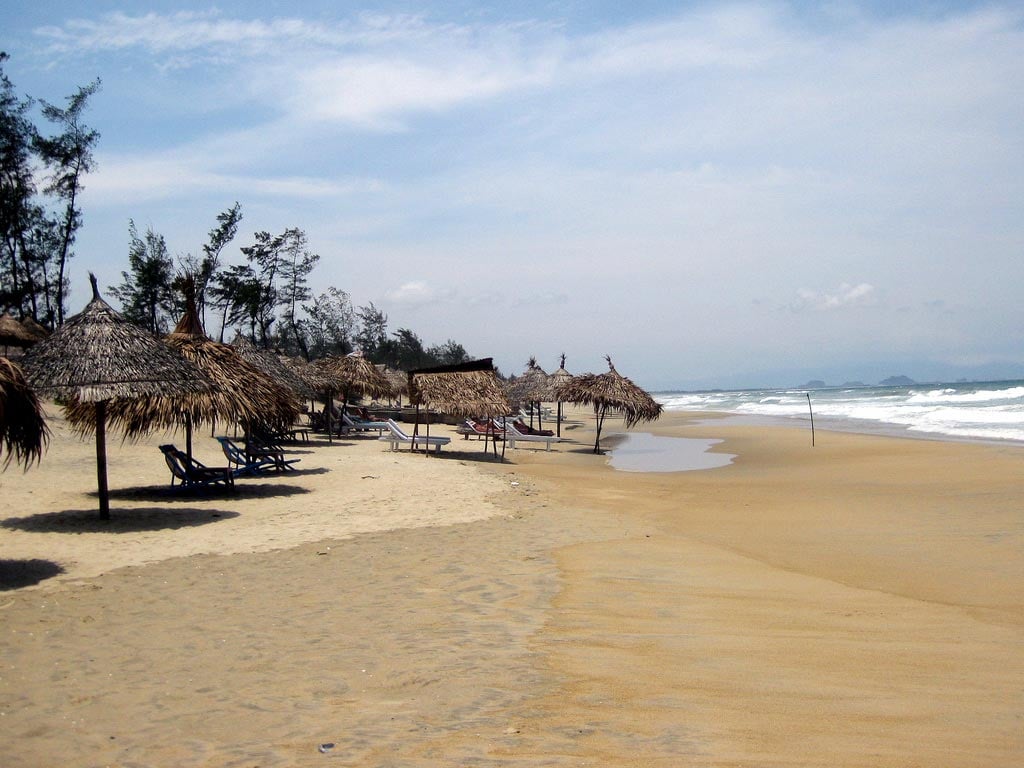 Hoi An: An Bang Beach, Vietnam

An Bang Beach, located in the city of Hoi An in Vietnam has been voted amongst the top 50 beautiful beaches of the world. The An Bang Beach, with its soft white sand, long seaside, and gentle waves is popular among both the locals and tourists.

You can move around Hoi An on foot or hire a motorbike. The best way to reach the An Bang beach is on bicycle. It is also the most inexpensive mode of travel. You can also hire taxis or book cars to visit the beach. Alternatively, you may want to hire a boat for about $1/hour and explore the river channels.

A visit to An Bang Beach starts with an exploration of the wonderful town. It is this combination of fun and heritage that elevates Hoi An to greater heights. Some of the places of interest at the An Bang Beach are:

Japanese Covered Bridge, also known as the Lai Vien Kieu or Chua Cau, it is located on the west end of Tran Phu Street. The bridge was built by the Japanese in the first half of the 17th century. The bridge underwent renovation in 1986 and stands as a symbol of this town. The two ends of the bridge are guarded by a pig statue and dog statue, respectively.

Museum of Folk Culture is located at 33 Nguyen Thai Hoc Street. The museum exhibits bizarre-looking plaster sculptures of Vietnamese peasants. It documents the dress and culture of rural Vietnam.

Museum of Trade Ceramics, located at 80 Tran Phu Street, displays broken pieces of pottery from the ancient times. The building itself is shaped like an old Hoi An home, which gives the visitors ample opportunity to explore its layout.

Hoi An Museum of History and Culture, located at Seven, Nguyen Hue Street displays black and white photos of Hoi An taken from the early 20th century. Other artifacts located here are a case full of 9th century bricks and tiles from the Champa period, some two-thousand year old pots from the Sa Huynh period, and an old cannon.

The An Bang Beach is itself a calm and serene beach, ideal for a relaxing siesta, some beach games, or a family picnic.

Hoi An: An Bang Beach Map

Facts about Hoi An: An Bang Beach

Where is Hoi An: An Bang Beach?

An Bang beach is located near the former trading port of Hoi An. It is situated in the South Central Coast of Vietnam, on the coast of the South China Sea. Da Nang is the airport nearest to Hoi An. It is connected to Hanoi, Ho Chi Minh City, Hue, and some international locations like Singapore, Bangkok, Cambodia (for Angkor Wat), and Siem Reap. It also receives charter flights from China. You can also choose to travel in air-conditioned buses or taxis from the airport. Do remember to haggle for prices while hiring a taxi. Da Nang is also the home to the railway station nearest to Hoi An. It is connected with all the major cities of Vietnam. Hoi An has two bus stations, one at D Hung Vuong and another at Le Hong Phong. The latter station caters to buses traveling to and from Da Nang. If you are taking the bus from Da Nang airport, you can get down at the roundabout where Dien Bien Phu and Bguyen Tri Phurong streets meet. The river system of Hoi An stretches over hundreds of miles. You can avail speedboats or traditional Ghe Nang sailing on the river or sea.

Best time to visit Hoi An: An Bang Beach

The city of Hoi An experiences tropical climate. This means that from May through August the weather is calm and mild. During this period, the sea is calm and winds blow from the south. The months from February through April experience dry season. There is plenty of sunshine and warm temperature during these months. Summers are extremely hot. You must consider the rain while planning your trip to An Bang Beach. The best time to visit An Bang Beach is between February through August.

More on Hoi An: An Bang Beach