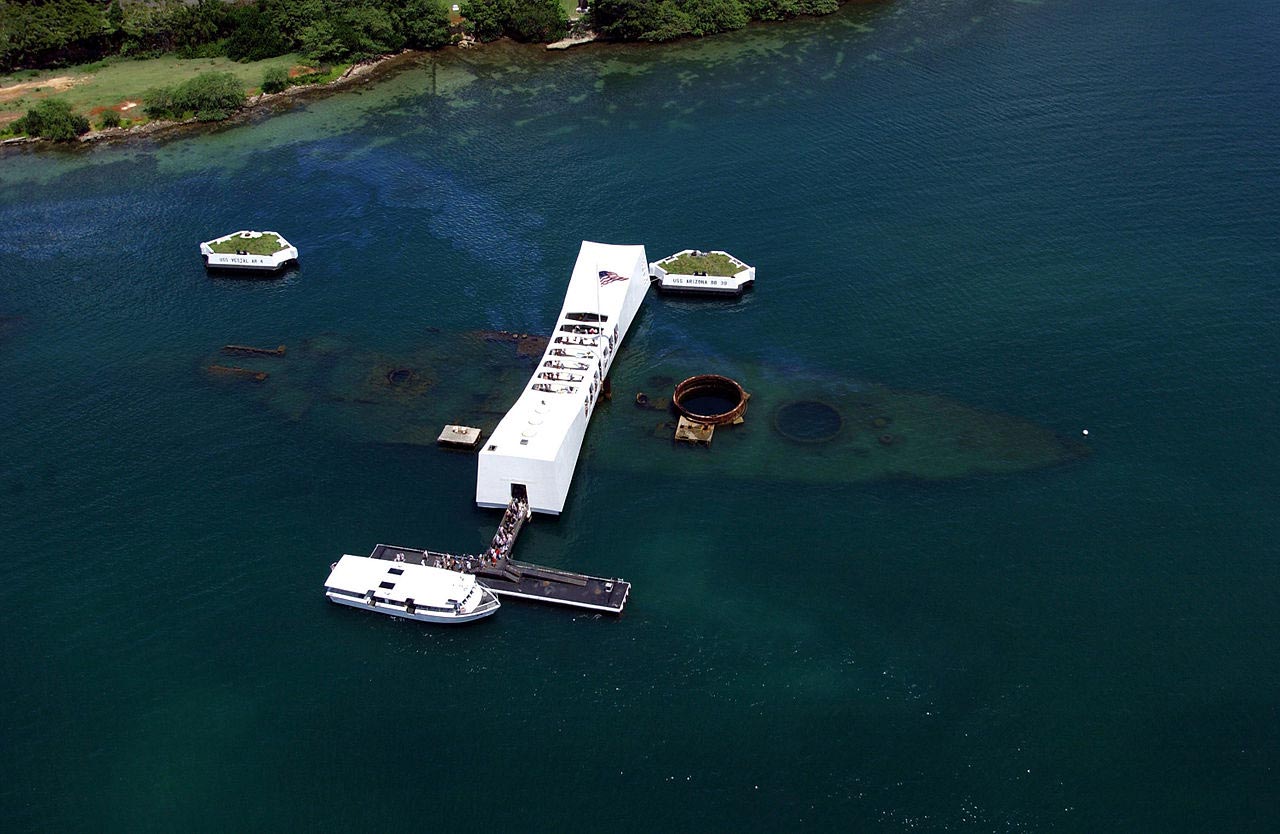 The USS Arizona Memorial is a melancholy place dedicated to 1,177 sailors who died on December 7, 1941. Also known as the Pearl Harbor Memorial, it draws over 1,500,000 visitors per year. The importance of this area has been enhanced with the construction of the Battleship Missouri Memorial in 1999 and the Pacific Aviation Museum in 2006. The Arizona Memorial traverses the central part of the sunken battleship. It has three chief sections: the entry room; the assembly room, and the shrine room. The assembly room is used for ceremonies and gatherings. The shrine room houses a marble wall with the engravings of the names of the people who lost their lives.

The wish to create such a memorial sprung during the wartime. The suggestions for the memorial began to circulate in 1943. The Territory of Hawaii founded the Pacific War Memorial Commission in 1949. The acknowledgment arrived in 1950 upon the orders of Admiral Arthur Radford, Commander in Chief, Pacific. He ordered to construct a Flagstaff over the sunken battlewagon. The memorial plaque was placed at the foot of the flagpole on the ninth anniversary of the assail. The Arizona Memorial was finally constructed upon the approval of President Dwight D. Eisenhower.

Presently, the Pearl Harbor Memorial is one of the major tourist attractions. Upon arrival, an orientation program is conducted by the Visitor Center at the Aloha Court. There are two exhibit galleries at the memorial, viz. “Road to War”, and “Attack”. These galleries display, personal records, war artifacts, etc. The Pearl Harbor Memorial Theater is situated across the galleries. The 75-minute USS Arizona Memorial program includes a 23-minute documentary on the December 7, 1941 attack.

Also Read: Things to do in Hawaii 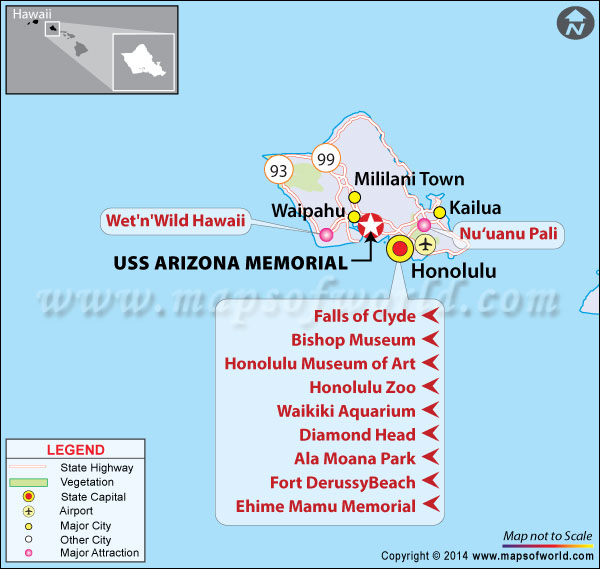 The USS Arizona Memorial is sited in the city of Honolulu, Hawaii. The Honolulu International Airport is located at a distance of just 2.9 miles from the Pear Harbor Visitor Center. You can choose to reach the Memorial via public transportation, taxi, or a rental car. The tour companies also provide guided tours of the Memorial.
Address: 1 Arizona Memorial Place, Honolulu, HI 96701
Phone:  (808) 954-8777

The early mornings are the best time to visit the Pearl Harbor as it is crowd-free.

The tickets to the memorial are free. The Pearl Harbor Visitor Center gives about 2,000 tickets on the First-come, first-serve basis. The entry to World War II Valor is free. Online reservations can be made by paying a reasonable convenience fee.

What are the coordinates of the USS Arizona Memorial?

Which are the attractions near the USS Arizona Memorial?
Diamond Head, Polynesian Cultural Center, Hanauma Bay and Haleakala National Park.