US Capitol in Washington, D.C. 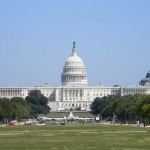 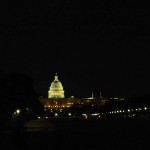 The US Capitol houses the meeting chambers of the Senate and the House of Representatives, the two bodies that compose the legislative branch of the US government. The construction of the Capitol began in 1793 and the original building was completed in 1826.

The building of the U.S. Capitol boasts of an impressive architecture and its symbolical importance. It also houses a museum of American art and history. Approximately 3-5 million people from all around the globe visit the U.S. Capitol every year.

The architectural design of the building is based upon 19th-century neoclassical architecture that coalesces both function with aesthetics. Its bearings on the Greek and Roman design evoke the ideals that guided the nation’s founders in framing of their new republic. During the expansion of the original design, the symphony with the existing parts was cautiously preserved.

The building of the Capitol has five levels. The ground floor has committee rooms and the places allocated to several congressional officers. On this level, the visitors have access to the Brumidi Corridors, Hall of Columns, the restored Old Supreme Court Chamber, and the Crypt beneath the Rotunda housing historical exhibits.

The second floor is occupied by the Chambers of the House of Representatives (in the south wing) and the Senate (in the north wing) along with certain offices of the congressional leadership. There are three public areas on this level. The first one, the Rotunda, acts as a gallery of paintings and sculpture depicting people and events of the historical significance. The semicircular chamber south of the Rotunda functioned as the Hall of the House until 1857; now converted to the National Statuary Hall that houses some of the Capitol’s collection of statues presented by the states in remembrance of notable citizens. Lastly, there is the Old Senate Chamber situated on the northeast of the Rotunda. The Senate used it until 1859, but now it has been brought back to its older appearance of the 19th century.

The third floor provides access to the galleries from where the visitors to the Capitol Building may watch the proceedings of the House and the Senate when Congress is in session. The rest of the third floor constitute the press galleries, offices and committee rooms.

The fourth floor as well as the basement/terrace level of the building have machinery rooms, offices, workshops and other support areas. 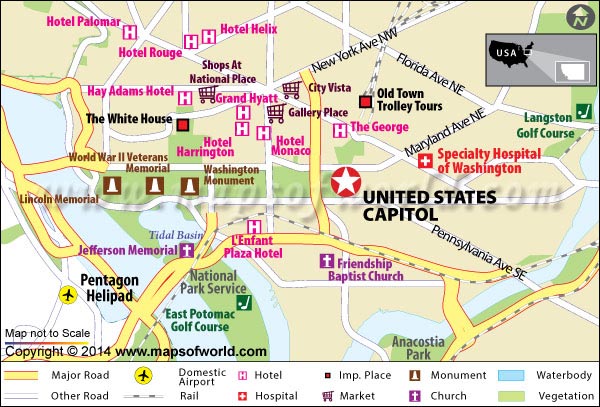 Where is US Capitol ?

The US Capitol is located in Washington, D.C., atop Capitol Hill at the eastern end of the National Mall. The nearest airports are Washington Dulles International Airport, Baltimore/Washington International Airport and Ronald Reagan Washington National Airport. You can reach the Capitol by your own vehicle. However, there is very limited public parking available near the Capitol. So it is advisable to choose a subway or a bus. There are three subway stops nearby viz. Union Station located at First Street, NW, and Massachusetts Avenue, Capitol South located at First Street between C and D Streets, SE. And Federal Center, SW located at the southwest corner of Third and D Streets, SW.

Best time to visit US Capitol

You can visit the Capitol throughout the year. It is advisable to book your tour in advance.

Tours of the U.S. Capitol are free. The visitors are required to get tour passes for the entry.

More about US Capitol