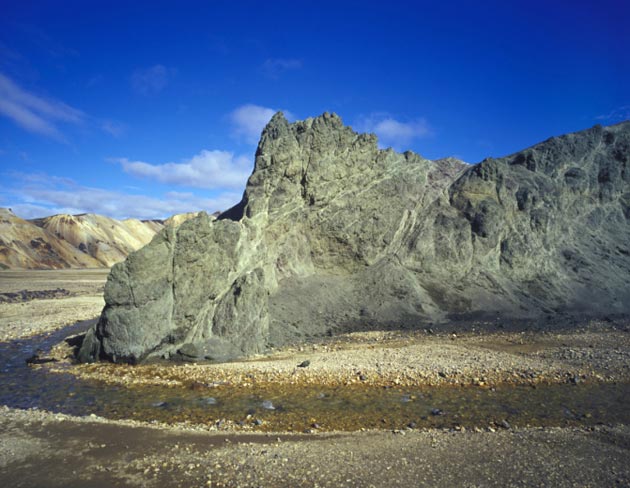 Designated a National Monument in 1915, Dinosaur National Monument located on the southeast flank of the Uinta Mountains, in the USA, contains fossils of dinosaurs such as the Allosaurus and Stegosaurus. The dinosaurs were probably buried in the area by a flood millions of years ago. Over time, the dinosaurs were covered with sandstone and sediments, which eventually formed rock. Gradually, due to the erosion of the rock, the paleontologists discovered the fossilized remains of the dinosaurs and other animals in 1909.

In addition to the dinosaur fossils, there are petroglyphs and pictographs from the Native Americans who once called the region home. The students can learn about various subjects such as geology, river ecology, desert shrub ecosystems and Fremont Culture at the historical monument.

The east side of the mountain is the Canyon Area while the west side has the Dinosaur Quarry. Today, more than 1,500 dinosaur bones can be viewed in the rock wall of Carnegie Quarry at Dinosaur National Monument.

The Canyon area exhibits petroglyphs and remains of the homesteads. These are actually an evidence of human settlements long before our time. It is believed that the Fermont Indians lived in this place around 800 1,200 years ago. Dinosaur fossils are not present in this area.

The monument offers picturesque views due to its location on the confluence of the Yampa and the Green Rivers. You can enjoy these views from the Harpers Corner Road. Visitors to the monument can go hiking at the Gates of Lodore, or enjoy rafting down the rapids of the Green River, or experience backcountry camping. The Canyon area has four hiking trails ranging from 1/4 mi (0.4 km) to 8 mi (13 km). 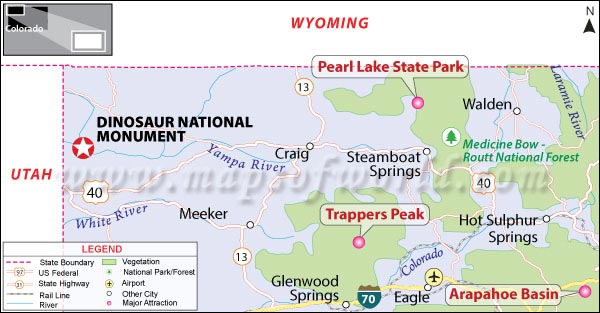 Where is Dinosaur National Monument?

Dinosaur National Monument is located along the border between Colorado and Utah in the Uinta Mountains. Though the monument is mostly situated within Moffat County, Colorado, it also extends over into Utah, not far from the city of Jensen. Nearby cities include Dinosaur, Colorado, and Vernal, Utah. The nearest airport in Vernal, Utah, is at a drive of 2.5 hours from the monument. You can either take a taxi or travel in a bus to reach the national monument.

The monument and exhibit hall are open for much of the year, but have different hours and viewing times depending on the season. The Utah visitor center closes on major holidays, and the Colorado visitor center does close seasonally. To check current opening timings, visit their official website.

The entrance fee to the Dinosaur National Monument is valid for seven consecutive days. For individual entry, $10 per person is charged. For a private vehicle with a seating capacity of 15 or less, $20 is charged. Annual and lifetime passes are also available.
Nearby attractions: Browns Park National Wildlife Refuge, Ashley National Forest and Flaming Gorge National Recreation Area