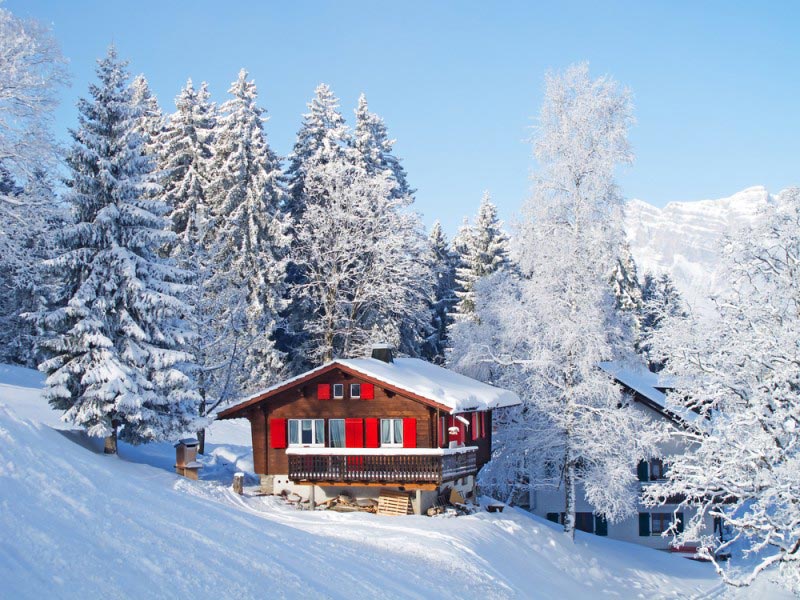 The Federal Republic of the Swiss Confederation has 26 Cantons all of which are unique but are integrated by the thread of natural beauty which makes a Switzerland tour even more tempting. Switzerland is the land of beauty and the celebration of it. Nature has unveiled all its treasure in this European multilingual country.

Switzerland has four official languages, namely French, German, Romansh, and Italian. The culture of Switzerland though heavily drawn from Italian, French, and German cultures, has a distinct individuality of its own.

Switzerland is the world of celebration and while planning a tour of this enchanting land, it is sensible to keep the Carnival seasons in mind. Combat de Reines (cow fighting), Montreux Jazz Festival, National Day, etc., all assure a festive mood almost throughout the year.

Getting In
Zurich and Geneva in Switzerland have international airports and the country can be conveniently accessed by air, rail, or road. Switzerland provides, arguably, the best public transport network of the world. The network consists of boats, buses, trains, steamers, etc. The roads are fantastic and visitors would not even think of traveling within Switzerland plane. Switzerland has swift, punctual trains, clean buses, and six kinds of mountain transport systems. The Swiss public transport system can provide you with a multitude of discount options from half fare cards to multi-day, multi-use tickets quite good for buses, boats, trains, and even bike rentals. In Switzerland, there is at least one train or bus per hour on every route and on many routes trains and buses run every 30 minutes.

Airways
The best way of reaching Switzerland is by air. This is more convenient when you arrive from the overseas. There are mainly three international airports in Switzerland. Several public buses leave the airports every few minutes from the departure and arrival levels. Free hotel shuttles are available from the airports that transports passengers to major hotels. A train leaves for the Geneva Gare Cornavin RR Station in the city center every 10 minutes. It is from here that all connections can be made to destinations throughout Europe. Many taxis are also available outside the airports that cost between (Swiss Franc) CHF 30 and 35.

The major international airports in Switzerland are in Zurich, Geneva, and Basel and the smaller airports in Lugano and Bern. Thus, flying to nearby Milan (Italy), Lyon, or even Paris (France), or Frankfurt (Germany) by air is a good option, though expensive.

Taxi (Car Rentals)
Visiting Switzerland by car is a good option for travelers from France and the nearby borders. Switzerland can best be explored in rental cars. Rental cars provide in and out state services within and around the country. The best car rental companies in Switzerland include Alamo, Avis, Budget, Europcar, Hertz, and National. Generally, these car rental companies do not compromise with the conditions of the cars and offer best customer services.

The condition and general amenities of these rental cars depends on various factors like, type of vehicle, distance end to end of rental, duration etc. Payments can also be made through credit cards.

Railways
If you are arriving from the European countries, then the best way of reaching Switzerland is by train or by car. Switzerland has a great railway infrastructure. Trains to Switzerland arrive from all parts of Europe. Switzerland, together with Germany, is one of the most central-lying countries in Europe. This makes it a center of railways and highways to the rest of Europe. Some major rail routes of Switzerland include:

The TGV that has several trains daily from Paris, Avignon, Dijon and Nice, Hourly trains to/from Milan with connections to all parts of Italy. There are also night-trains to Rome and Venice, Hourly ICE (German high-speed trains) from Zurich to Karlsruhe, Mannheim, Frankfurt in Germany many of them continue towards Amsterdam, Hamburg or Berlin, and Regular ICE trains from Zurich to Stuttgart and Munich. Besides, every night trains from Paris, Amsterdam, Berlin, Hamburg, Prague, Vienna, Belgrade, Rome, and Venice; and go to Basel, Geneva, Zurich, and some even to Lausanne and Geneva.

If you are taking several train journeys in Switzerland, then you must remember to look for the various train passes. Trains are free of surcharge and a reservation is not required when you are in Switzerland. However, there are two exceptions to this rule and those are the special trains: Bernina Express that runs daily between Chur and Tirano and the Glacier Express runs from St. Moritz to Zermatt.

There are flights between Basel, Bern, Geneva, Lugano, and Zurich. Mostly all railways run electrically. The only non-electric railway is the Brienzer Rothorn Bahn uses steam traction. In Switzerland most electric trains get their power from a single phase AC network at 15 000V 16 2/3Hz.

Bus
Traveling by road in Switzerland is easy as the roads are well marked and the directions well given. The buses charge up to 20 Swiss for every 25 km. With the combination of the lush green and the crystal white snow all around the pleasure of traveling in Switzerland becomes even more pleasant and memorable. There is no intercity bus network in Switzerland, but there are many scenic bus routes in the Alps.

Car
In Switzerland, if you want to travel by car, then you need to buy a “Vignette”. A “Vignette”is a sticker costing 40 CHF that allows you to use the motorways as much as you like for the entire year. The speed limits are 120 km/h on motorways, 80 km/h on normal roads, and 50 km/h inside villages. Tourists must stick to the speed limit as fines are hefty and traffic rules are strictly enforced. Traveling in Switzerland by car can be quite difficult near the mountain roads, especially, if you are from a flat country. Other than this, the Swiss roads are safe and very well maintained.

Bicycle
Traveling in Switzerland by a cycle is also liked by many. This is mainly due to the fact that Switzerland is a place for cyclists. Veloland Schweiz has built up an extensive network of long distance cycle trails all across the country. Besides, there are many Swiss cities where one can rent bicycles and even rent electric bicycles. During the summer seasons, cities do offer bicycle ‘rental’ for free. Moreover, cycling in the cities of Switzerland is quite safe.

Skating
The adventurous tourists can choose to roam around Switzerland by in-line skating. There are three routes, measuring a combined 600-plus kilometers that are designed especially for in-line skating throughout the country. They are the Rhine route, the Rhone route, and the Mittelland route. Most of these routes are flat with slight ascents and descents. These routes make your visit to Switzerland a lifetime experience.

Enjoying food and drink forms a main part of enjoyment in Switzerland. Switzerland’s delicious food gives everybody something for their taste buds. The best specialty of the country is fondue that is a delicious concoction of Gruyère and Vacherin cheese. Its other cheese specialties are Emmental and Tête de Moine. For the meat lovers, pork sausages or salami come in a variety of local recipes that has Beinwurst, Engadinerwurst, Kalbsleberwurst (calf’s liver pâté), Knackerli, Landjäger, and Leberwurst (pâté). Drinking the best Swiss wines is also quite a fun in Switzerland. A great variety of Swiss wines are available throughout the country.

One can melt in the entertainment in Switzerland and relish the country’s national specialties. It has Viande sèchée (dried beef or pork) from Valais and the Grisons, where it is called Bündnerfleisch served with spring or pickled onions; Pieds de porc (pigs’ feet); Rösti (shredded fried potatoes); Fondue Bourguignonne (cubed meat with mixed sauces); Leckerli (spiced honey cakes topped with icing sugar with a white sugar bear), etc. The national drinks of Switzerland are Kirsch, Marc, Pflümli, and Williams, which is a type of spirit.

Nightlife in the country is a major example of leisure in Switzerland. Most of the major towns and resorts of Switzerland have nightclubs that offer music and dancing and all other kinds of fun. These nightclubs sometimes serve food too. Switzerland is also a country of cinema and theatre. There are many cinema halls and theatres in the cities of Switzerland. Some bars and restaurants, arrange for local folk entertainment.

Tourists have an ample opportunity to go for a shopping spree in the various complexes of the country. Some of the special buys include embroidery and linen, Bernese woodcarving, chocolate, cheese, Swiss army knives, and luxury handmade clocks and watches. You can go for shopping from Monday to Friday in between the morning hours and evenings. However, most of the shops are closed on the Monday mornings.

You can always try for skiing, hiking, and swimming in the requisite places. Switzerland is the land of the Alps and many other mountains. Such areas give tourists an opportunity to amuse themselves by engaging in various adventure sports and other activities.
Places to See
Some of the tourist attractions in Switzerland: 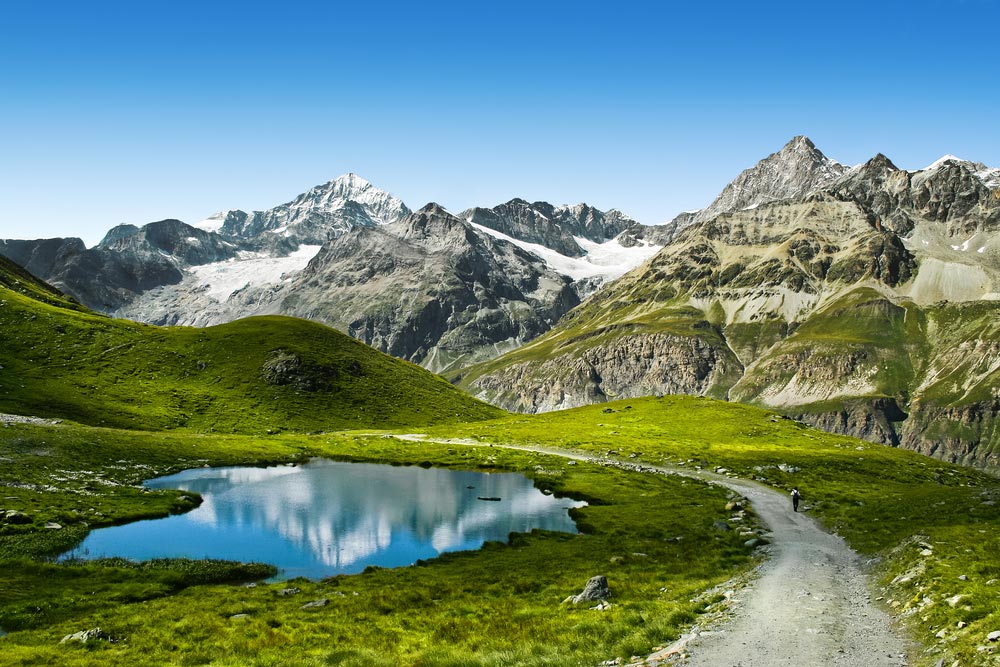 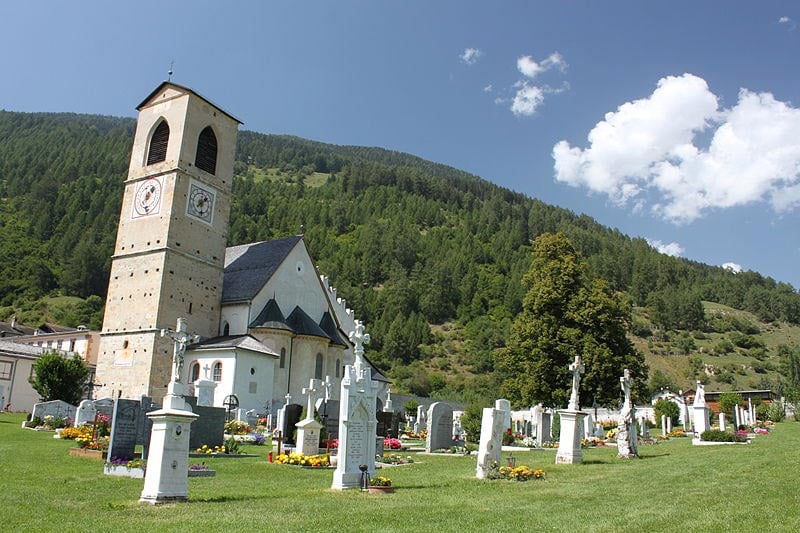