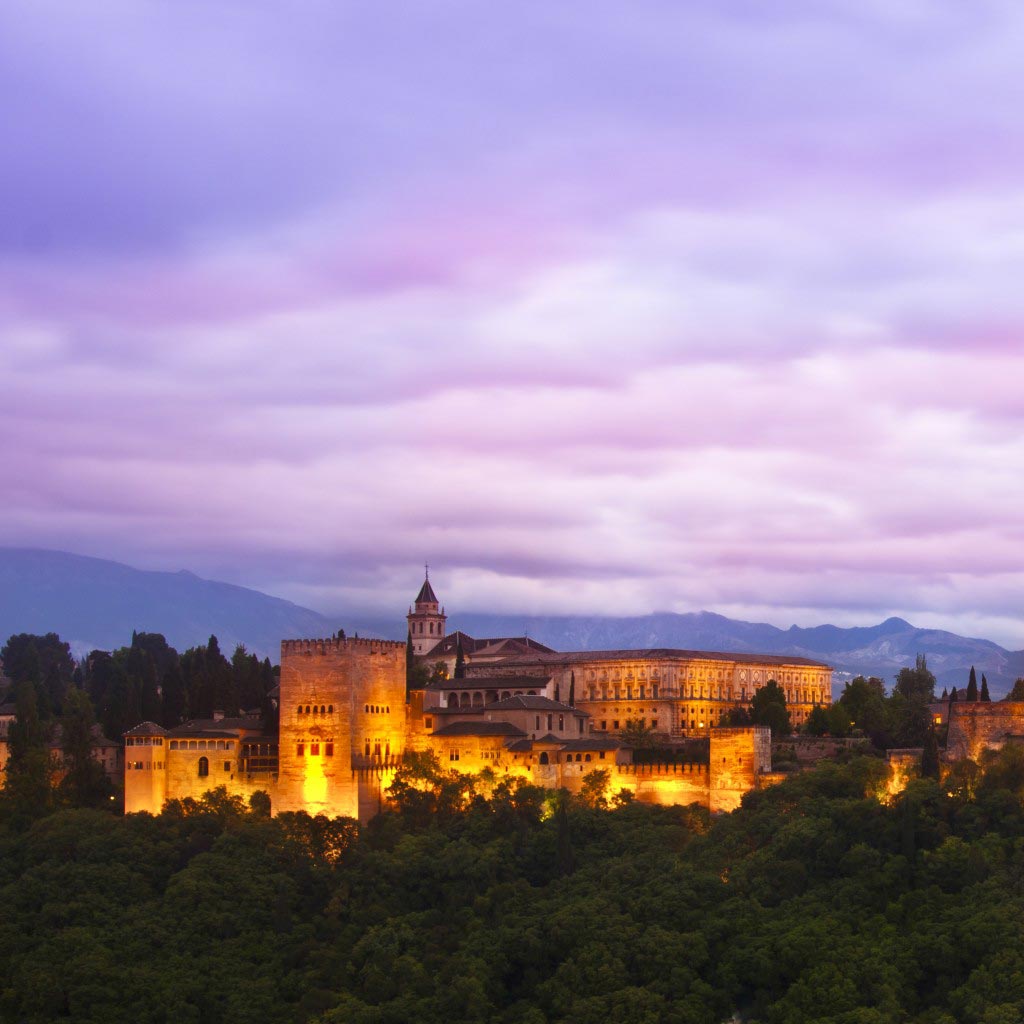 Alhambra – a military fortress and palace complex in Granada, Spain

The Alhambra is a grand palace and fortified structure located on a strategic height that allows people to enjoy the view over the whole city and the meadow (la Vega). The castle was added to the city’s area in the 9th century when it became a military fortress but it wasn’t until the 13th century that the royal residence was established in the Alhambra. This happened after the arrival of the first king of the Nasrid dynasty, Mohammed ben Al-Hamar. This event was the beginning of the castle’s most glorious period.

Although, the fortress was enlarged and strengthened by Mohammed ben Al-Hamar in the 13th century, the real transformation took place only in the 14th century when Yusuf I and Muhammad V were responsible for the Royal Palace (Comares Palace), which is highly admired today.

The Alhambra complex signified pride and defiance in history and has an extremely complex architecture. It is one of the most popular tourist attractions in Spain and is a mix of both natural and man-made features that are worth looking at. It became a UNESCO World Heritage site in 1984.

The Alhambra is located on top of the hill al-Sabika, on the left bank of the river Darro, to the west of the city of Granada and in front of the neighborhoods of the Albaican and the Alcazaba.

Spring and fall enjoy good weather in Spain and that’s the best time to pay a visit to the monument. April, May, June, September and October are good months to travel and its recommended to arrive at the monument early due to the high number of visitors on a daily basis.

Advance booking is recommended since there is a restriction on the number of visitors per day. Depending on whether it’s a daytime or evening/night visit, there are specific areas that are accessible to visitors. [/stab]

Ticket prices vary in accordance with the type of ticket you purchase and there are separate prices for adults, children, senior citizens and those with disabilities. [/stab]