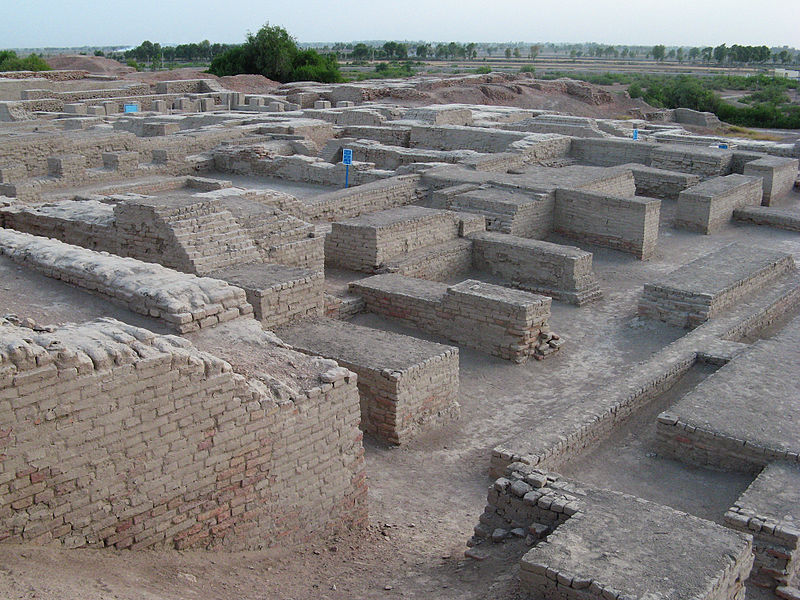 Mohenjodaro in Pakistan is a site of one of the oldest civilizations of the world. The word ‘Mohenjodaro’ means the ‘mound of the dead’. Due to its urban architecture, it is also called an ‘Ancient Indus Valley Metropolis’.

Mohenjodaro is popular for its well-planned and designed structures. It is a superbly planned city with broad streets and big houses. The ruins give an impression of how the ancient people led their daily lives. The ruins comprise of a Stupa built of burnt bricks, remains of a deep well and the famous Great Bath used by the people of Mohenjodaro.

Some of the structures that can be seen at the site are the Granary, courtyard, narrow streets, drain area, latrine, ringstones, sanitation street and wells.

The site also houses a museum that preserves several excavated artefacts such as jewellery, and pottery.

In case you wish to buy anything, there is a souvenir shop under the tree. On your visit to Mohenjodaro, do not forget to visit the Indus plains that offer panoramic views.

Update: A recent survey has pointed out that the ancient site of Mohenjodaro is in danger. It may crumble in the next 20 years due to the carelessness of the government, a drop in tourism and security issues. Quoting Dr. Asma Ibrahim, a Pakistani archaeologist, the Telegraph has mentioned, “There is no department with expertise, no decisions taken for the last two years. The way things are going, it will survive maybe only another 20 years.” 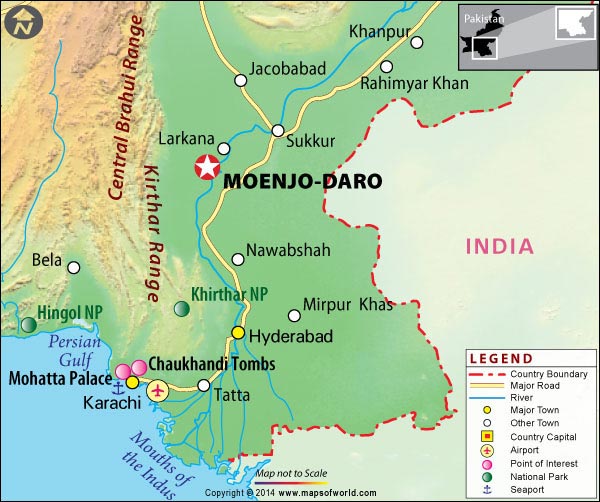 Location Map of Mohenjodaro in Pakistan

Located in the Larkana district of Sindh, in Pakistan, Mohenjodaro can be easily visited. Taxi and bus services are available to reach the ruins, but the road at Larkana is not good. Mohenjodaro airport is located near the ruins, so you can fly from Karachi to Mohenjodaro. From Larkana, the ruins can be reached by train as well.

The best time to visit Mohenjodaro is during winters as the scorching heat of the summers is unbearable. Even the bees in the hives at this place are more active during summers.

Foreign tourists are charged approximately PKR (Pakistani Rupee) 300 as an entry fee to the main site. The entry fee for the museum is around PKR 200.