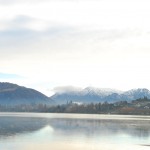 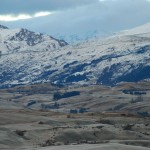 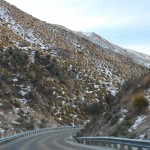 Standing tall at a majestic 3,027m, Mt. Aspiring looks over the world below. An Elysium on earth, it is braided with sparkling rivers, crowned with glaciers, and is the prestigious gateway to the journey to Wanaka, a resort town nestled on the banks of the pristine Lake Wanaka. Wanaka has since long, held the fancy of travelers from round the world.

Things to do in Wanaka

The town offers a variety of outdoor activities for the adventurous soul. No matter what your age, you can try taking a walk on one of the many walks and trails. The Cameron Lookout Walk is a 20-minute trek through a silver beech forest to a platform overlooking the Makarora Valley and its surrounding mountains.

If you are looking to try something more difficult, you can opt for the Blue-Young Link Walk that begins at Blue Pools car park. Navigate along a swing bridge for gorgeous views of a river gorge and onto a beech forest that opens up to a farmland. Discover the opening to this unending maze as you end the trail at the mouth of Young River. Wanaka offers more opportunities to explore with the Bridle Track, the Haast Pass Lookout Track and the looped Makarora Bush walk.

The town also offers a varying degree of adventures from heli skiing to horse trekking, golfing to gold panning, tennis to tramping, and flightseeing to fishing. With excellent ski areas like the Cardrona Alpine Resort, Snow Farm, and Treble Cone, located nearby, it is also one of the most popular tourist spots in the world. Boasting of the longest vertical drop, Treble Cone is also the largest ski field in the South Island.
You can simply sit and gaze at the beautiful Wanaka lake or try your hand at mountain biking, paragliding, jet boating and rap jumping. Of course, you can do both if time permits. There is something in Wanaka for everybody.

Explore the wonderfully weird Puzzling World as you retrace your steps through a maze of gigantic proportions. Rediscover the joy of childhood as you find your way through the world’s first 3D maze and find how fun science is in the Five Rooms of Optical Illusions. With attractions such as the Leaning Tower of Wanaka, Roman Bathrooms, and a Puzzling Café, Wanaka will remind you that sometimes, the answer lies in not knowing.

Wanaka in New Zealand is also home to Warbirds and Wheels, a museum showcasing over 500 privately owned vintage cars, the historic Warbirds aircraft, visual arts as well as tales of Sir Tim Wallis, a local legend. Gorge on mouth-watering refreshments and snacks at a 1950s retro diner and buy a collectible for yourself at the retail memorabilia store. Don’t forget to catch the international air show, Warbirds Over Wanaka while you are here.

First started in 1988 by aviation entrepreneur Tim Wallis, this show has now become a pilgrimage for many aviation enthusiasts. With over 65,000 visitors every year, Warbirds Over Wanaka has become the Southern Hemisphere’s largest biennial Warbird Air Show.

Situated at the southern end of Lake Wanaka in the Otago region of South Island, New Zealand, the township is surrounded by mountains. The Crown Range and township of Queenstown lie to the south-west while the Haast Pass cuts through the Southern Alps in the north.
Three international airports service Wanaka. Queenstown Airport, which services flights from all major New Zealand airports are a one-hour drive from the township. The Dunedin Airport, on the other hand, is a 3-hour drive and the Christchurch Airport, a 5-hour drive from Wanaka. But the closest airport from the township is Wanaka, located just 10 minutes away.

Regular coach services link Wanaka to Queenstown, Christchurch, Dunedin, Invercargill and the West Coast. Wanaka accommodation consists of a host of cheap lodges as well as expensive resorts and villas catering to the tastes of different travelers.

Unlike the rest of New Zealand, Wanaka experiences a continental climate with four seasons, namely summer, autumn, winter and spring. Most of the rainfall occurs in spring. Mediterranean by nature, Wanaka weather consists of a beautiful summer from December to February. Every season has its own charm and Wanaka can be visited in all seasons, albeit with proper precautions.

Nearby attractions to Wanaka