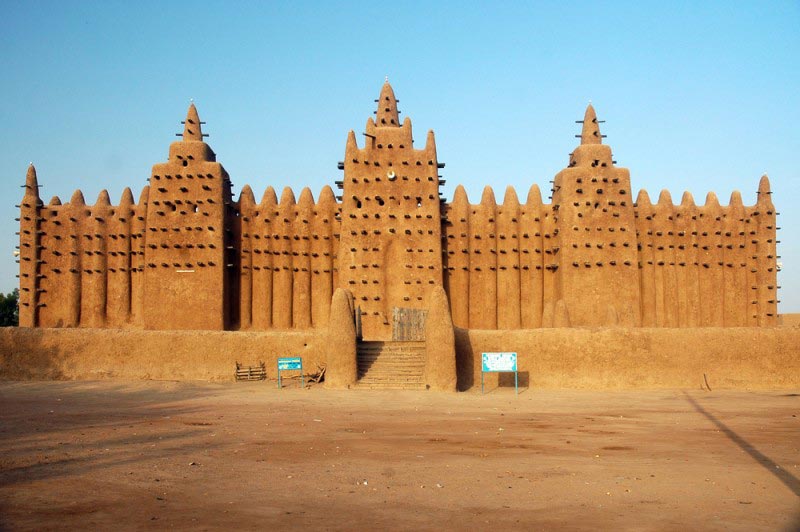 Mali is one of the most charming countries in Africa and it is surrounded by Mauritania, Algeria, Nigerja Burkina Faso, Ivory Coast, Guinee Conakry, and Senegal. With its ancient cities along the Niger River and historical remnants of the pre-colonial African civilization makes Mali, the ideal tourist destination for many travelers.

Mali is attaining increasing popularity among the travelers from different corners of the world due to its slow, laid back ambiance, its friendly people and loads of exciting activities that will meet up to the expectations of the visitors with flying colors.

The best time to visit Mali is during the months of November to January, as it becomes very tiring to get around Mali during the hot and humid summer seasons. You can also reach Mali by flying directly to the Bamako Airport. Mali is well connected with most of the important cities of the world.

Being the seventh largest country of Africa, Mali offers various modes of transport to enter the country. Starting from a wide range of flights to trains, and from cars to buses, the visitors can have the privilege of availing any or all of them. This country has been inviting people from various parts of the world, and thus they have made enough provision for them. You may also choose the boat service to reach Mali.

The country has a ready access to some of the best international flights like Air France (Paris-Charles de Gaulle to Bamako), Royal Air Maroc (Morocco to Mali), Point Afrique (from Paris and Marseilles to Bamako, Mopti and Gao), Air Senegal, Air Mauritania, Tunisair, Air Afriqiyah, and many others. There are also world-class airports such as the Senou International Airport, the Gao International Airport, the Mopti Airport, the Kayes Airport, the Timbuktu Airport, etc., where the tourists are expected to drop. The visitors are noted that there’s just one train line between Bamako and Dakar (capital of Senegal), that operates every week. But, it is not a favorable mode of transport.

Europeans can cross the straits of Gibraltar, Morocco, Western Sahara, and Mauritania via car to reach Mali. The tourists can also enter the country crossing Western Sahara along the coastal road. Surfaced roads are found all the way from Europe to Nioro du Sahel. The African visitors can easily get access to Mali by bus. The visitors from cities like Abidjan in Cote d’Ivoire, Lomé in Togo, Dakar in Senegal, and Accra in Ghana, can have a convenient journey. Even most of the European countries can use a number of public transport like buses and bush taxis from Europe to Mali. Boats are a cheap mode of transport. Mali has the Senegal River and the Niger river that are navigatable for almost all the time of the year. Apart from some caution given to the travelers during the winter months, the boat service from Senegal and Nigeria is quite good.

The visitors get an easy access to their favored destination with the help of the different modes of transport. The buses, taxi brousses, cars, planes, boats, and many other local transport facilities are really efficient. Domestic flights are the most widely-used transport to move around the country.

The domestic flights have a regular connection with the cities like Mopti, Timbuktu, Kayes, Yelimané, Gao, Kidal, Sadiola, and others. Among all, the Domestic Airlines Société Transport Aerienne (STA) and Société Avion Express (SAE) are the two most popular, and efficient carriers which the tourists can opt for. Traveling by air in Mali is swift, but offers an expensive ride as compared to any other transport. It is more or less acceptable to travel around Mali by boat, however, the service might get interrupted during the rainy season. When the big boats are not available, the visitors can have a ride in a pinasse (large motored boats). Navigation is possible all the way from near Bamako to Gao.

The country has a good range of bus services. The main cities like Bamako, San, Segou, Mopti, and Gao are connected via bus. The bus service is truly outstanding, and it is better to make the reservation several days before the tourist season. You may also rent a car. The roads are mostly in good condition. One leads into the Northern cities like Bamako, Kayes, Segou, San, Mopti, Gao, etc., while another goes from Bamako to Sikasso and on into Ivory Coast. Another slow, yet effective transport facility in Mali is the “Taxi – Brousse”, the bush taxis. They are the main link between the towns, which are not well connected via bus. Mali has some typical native vehicles, which may not be very comfortable, but serves the purpose.

The scenic beauty, desert landscapes, ancient architectures, festivals, events, etc., provide a large number of options to utilize your vacation in full vivacity. The country, although has the drawback of being mostly covered by deserts, also has some fine tourist destinations, that appeal a lot to us. Bamako, the capital city of Mali, is notable for being home to various interesting places such as the Bamako Grand Mosque, the Muso Kunda Museum, the Bamako Regional Museum, the Bamako Zoo, the Bamako Botanical Gardens, and the Point G hill, containing caves with rock paintings. Its a learning trip for the tourists, as they get to know about Malinese art, whose collections are kept in the Mali National Museum.

There are some artistically rich cities like Djenne. The city’s potential cannot be judged from its small size. This scarcely populated city has some great attractions that includes the Tomb of Tupama Djenepo, the remains of Jenné-Jeno, a major city from the 3rd century BC until the 13th century. The city is also notable as it becomes an island when the rivers rise at the end of the rainy season. The tourists can also see some best pottery works once they visit the city of Segou. Mopti is another popular tourist destination, as it has an active river port, a mosque, and small fishing villages. Attractions in Mopti include Mopti Grand Mosque and the nearby Pays Dogon.

Visit the country during the Desert Festival. The festival offers a nonstop gala of music and dance, along with a camel race. Kayes, the city of western Mali, is home to some of the best tourist spots of the world. Fort du Médine, the falls of Félou (4 km), the falls of Goulina, the Manantali Dam, Lake Magui, and Lake Doro, etc., are sure to give you a thrilling experience. The travelers to this country can look forward to have an activity-filled holiday with rock climbing generally done in the town of Sibi. The country also has a wide range of National Parks, Marine Park, etc. 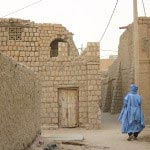 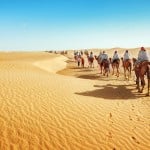