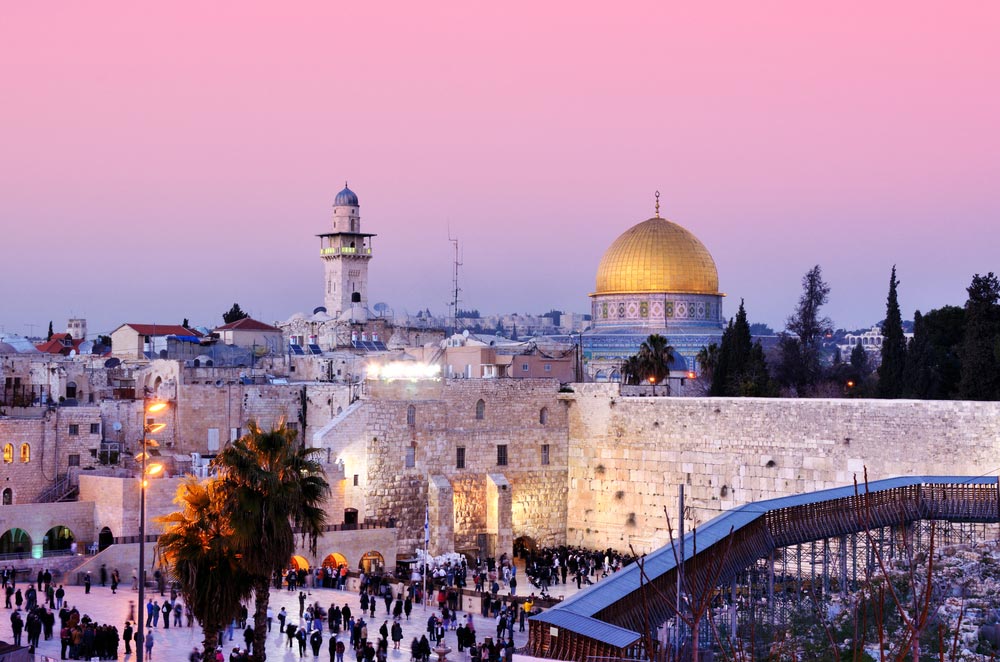 Being one of the most fought over cities in human history, the Old City of Jerusalem is divided into four neighborhoods based on the maximum number of people that live in each one. But within each neighborhood, reside families of different religions and none of the quarters are exactly equal in size. Each one of them also has its unique experiences, smells and sights to offer. These four quarters (neighborhoods) are Christian, Armenian, Jewish and Muslim (Muslim quarter being the largest and Armenian Quarter being the smallest). The history of Jerusalem is as old as 3,000 years and a wall that was built sometime in the 16th century surrounds the Old City.

Jerusalem is easily the most important city in Israel in terms of tourism and it’s a place where you’d find a perfect blend of both tourism and rich heritage. Moreover, apart from the having a rich heritage and culture, the city provides plenty of entertainment. There are seven open gates to Jerusalem and one of them stays shut for the arrival of the Messiah. The Damascus Gate leads people directly to the heart of the Old City where there’s much to eat and experience.

The Old City of Jerusalem has a magical charm about it that doesn’t exist anywhere else in the world. Where is Old City Jerusalem?

Jerusalem is located between the Mediterranean and the Dead Sea in the Judean Mountains. It is one of the oldest cities in the world and is the capital city of Israel.

April through May and October through November are optimal times of the year to visit Jerusalem given the mildness of the weather during these months.