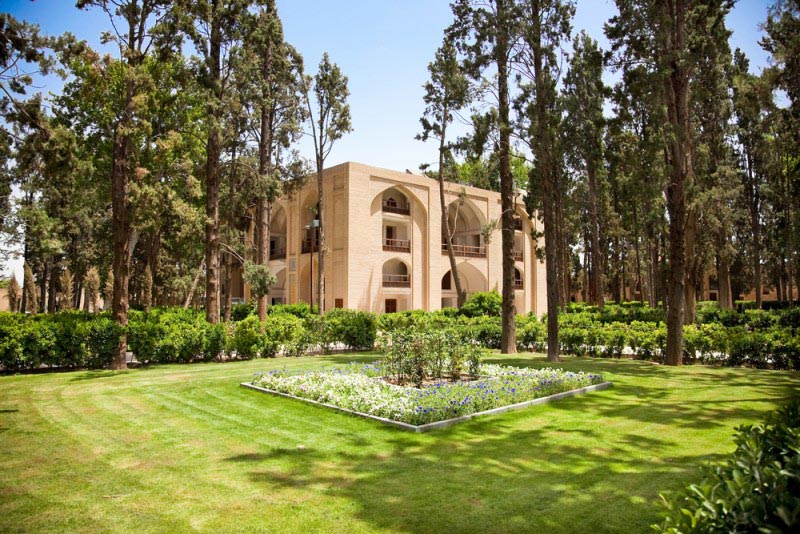 Fin Garden (Bagh-e Fin) is a historical Persian garden, located in Kashan, Iran. The garden contains Kashan’s Fin Bath, famous for being the site of the murder of Amir Kabir, a Qajarid Prime Minister under Naser al-Din Shah. Kabir was assassinated by someone at Fin bathhouse, who was sent by King Nasereddin Shah in 1852. The garden was probably first created during the Safavid era, though there were renovations later in history.

Completed in 1590, Fin Garden is the oldest extant garden in the country. Fin Garden features long reflecting pools, cypress trees, and plenty of Safavid era tile work. The garden’s fountains and bathhouses are remarkable for their water features and advanced system that functioned without the construction of mechanical water pumps. The central pavilion is notable for its art and décor that reflects the style of the period. Inside, a museum houses ancient ceramic statues, coins, and Persian rugs. Architectural styles include those from Safavid, Zandiyeh, and Qajar eras.

Fin Garden is situated to the southwest of Kashan in Iran’s Isfahan province. The city is located in northwestern Iran, about 2.5 hours drive south from Tehran. The best way to arrive at Fin Garden is via car, and taxis are usually available.

Fin Garden is a cool oasis to visit during the warmer months of spring and summer. As a primarily outdoor attraction, good weather is an important factor to consider before planning a visit to Fin Garden. Winter and early spring often bring snow to the gardens, while late summer can be overly hot. (Travelers are advised to check the security situation of the area before visiting.)