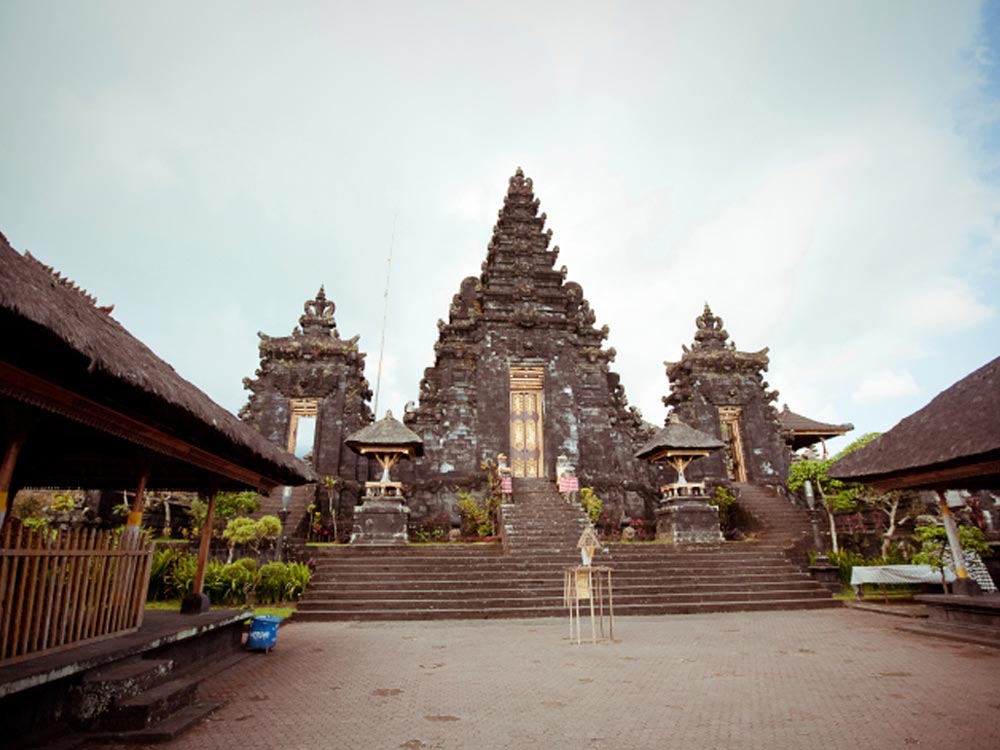 The Pura Besakih is the most significant temple complex located in Bali, Indonesia. For its extreme importance, this temple is also considered as the ‘Mother Temple of Bali’. This largest Hindu religion temple in Bali is visited by many tourists. People climb up the volcano to pray in the temple to get holy water for special occasions. The temple complex spreads over seven terraces. It houses several separate shrines. The temple is built to represent the Trinity of Hinduism: Brahma (red painted part), Vishnu (black painted part), and (white painted portion) (Shiv) Mahesh.

The temple is also popular as Naga Besukian or the residence of dragon god. It became State Temple during the first-half of the 11th century. The architectural style of the temple bears resemblance to that of a Chinese Pagoda. A typical example of Balinese architecture, the temple has tiers known as Meru. There are around 35 halls dedicated to individual deities. The temple turns into a buzzing place at the time of Odalan. Otherwise, it is a peaceful place. You need to climb stairs featuring dragons known as the ‘Stairway to heaven’ to reach the temple.

Even though the temple is good, yet some people are trying to defame it. Beware of the touts and temple mafia. People at the gate may ask for donations. Some touts may also ask you to forcibly rent a sarong. Someone who is offering you sarong for free may also pressurize for money after you return from the temple. It is better to buy one.

The Pura Besakih is located high on the slopes of Mountain Agung. It takes around a one-and-a-half hour to reach the temple by car from the Ngurah Rai International Airport.

The best time to visit the temple is during early morning or evening, as it is peaceful.

The entry fee to the Pura Besakih is 15,000 IDR (Indonesian Rupiah). Kids are allowed free admission.