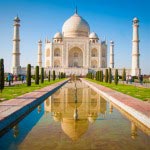 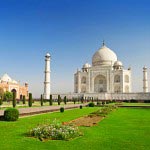 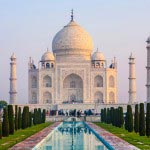 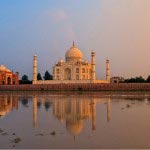 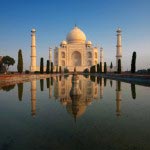 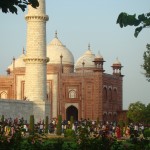 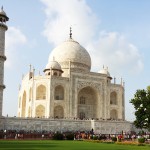 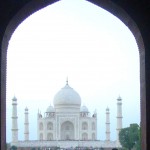 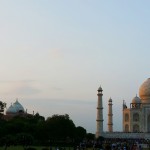 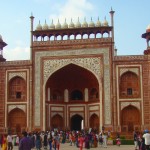 Noble. Eternal. Sublime. Taj Mahal – a 17th-century mausoleum on the banks of the Yamuna River in Agra – is a gleaming symbol of love, devotion, and craftsmanship. Erected by Mughal emperor Shah Jahan to cherish the memory of his beloved wife Mumtaz Mahal, it truly is “love wrought in stones.” Literally meaning “Crown Palace”, it is guarded by four slender marble minarets and emblazoned with verses taken from Quran. The eminence of sanctity oozes out from each marble pore. One of the Seven Wonders of the World, the Taj Mahal is a symbol of enduring love, built by the Emperor Shah Jahan to memorialize his late wife, Mumtaz Mahal. It is a mausoleum made of white marble, in which the Emperor had his wife entombed, and after his own death, Emperor Shah Jahan was entombed next to his wife.

In the official history of Shah Jahan’s reign, written by Abdul Hamid Lahori in his book Badshahnama, he mentions the Taj Mahal as rauza-i munawwara, which means the illumined or famous tomb.

Designed in the Mughal Empire style with touches of Persian influence and delicate designs, there is an entire complex that surrounds the mausoleum. The main building was completed in 1648, however, the surrounding architectural forms took five years for completion. The complex includes gardens, fountains, and a reflecting pool, which reflects the image of the Taj Mahal.

The white-colored tomb rests on a square plinth and comprises of a symmetrical building with an arch-shaped doorway crowned by a large dome and finial. The original finial was constructed of gold, but it was replicated by a bronze model in the early 19th century. The top of the tomb is embellished with a lotus design, mixing the Persian and the Indian architectural styles. The recherché inlay work and elaborate craftsmanship together with the calligraphy leaves one utterly fascinated. For the interior inlay work, Shah Jahan preferred to use precious and semi-precious stones.

Four minarets, each more than 40 meters tall, recall the traditional component of the mosques. The minarets were constructed somewhat outside the plinth to avoid damage that may occur if any minaret falls.

Passages from the Quran can be seen bedecking the walls of the entire complex. These passages refer to the day of judgement.
Over the centuries, the monument of love has been experiencing neglect and is deteriorating. During the early 20th century, a major restoration of this wonder took place. This UNESCO World Heritage Site is now in danger due to excessive pollution. The restoration works undertaken by the government are slow.

After a tour of the Taj Mahal, visitors feel hungry. There are many eating joints near the Taj Mahal. Some of the food joints include the Silk Route Restaurant, Zorba The Buddha, Olive Garden, and Capri Restaurant.

If you are seeking accommodation in Agra, check out these Places to Stay near the Taj Mahal. Some of the nearby attractions that you must visit while in Agra include the Agra Fort, Fatehpur Sikri, Sikandra – The Tomb of Akbar, River Yamuna, and Mathura city.

Also Checkout : List of Hotels near the Taj Mahal 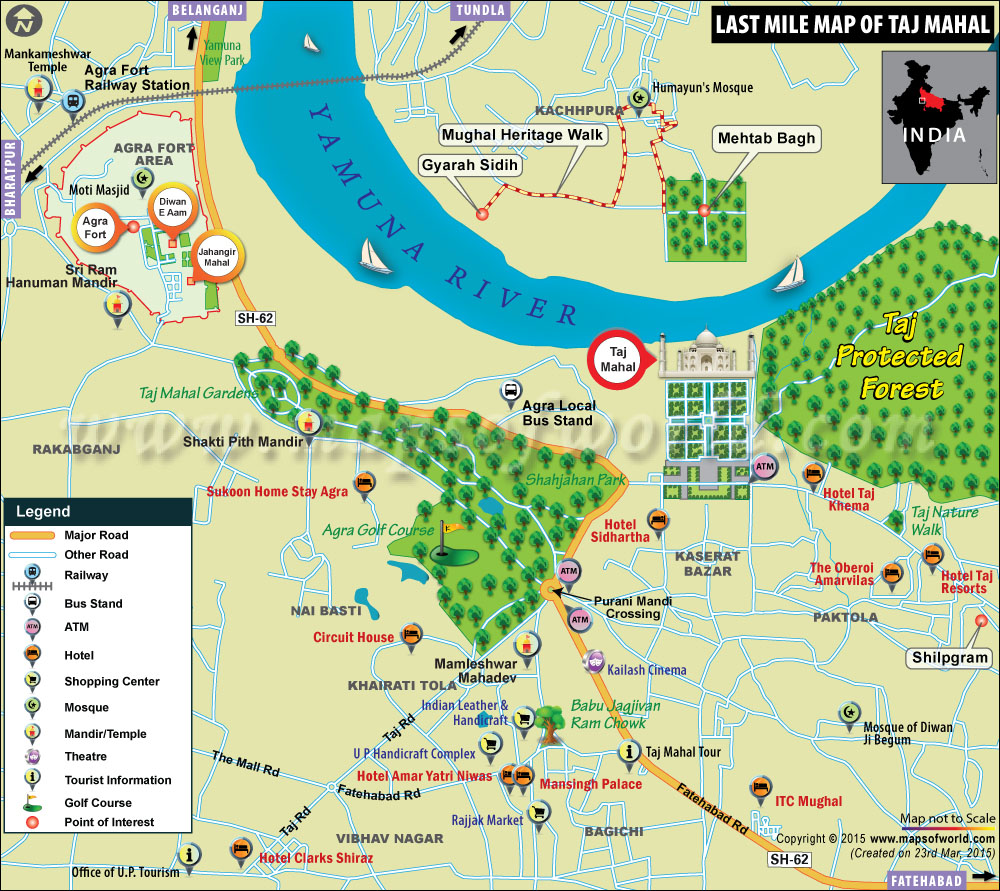 Where is Taj Mahal Located?

The Taj Mahal is located in Agra city of India, in the Uttar Pradesh state. The Taj Mahal is situated upon the banks of the Yamuna River, overlooking Agra Fort. Agra’s Domestic Airport is connected to Indira Gandhi International Airport, Delhi. One can take a flight to Agra or choose to hire a cab to reach Agra. The Agra city is also connected via rest of the country with a fine network of railways. You need to check the availability of tickets at the Indian Railway website.

The opening hours of the Taj Mahal are from sunrise to sunset on all days except on Fridays as it is closed on Fridays.

Many recommend visiting the Taj Mahal around sunrise, before the arrival of huge crowds on the train from Delhi, allowing for better photos. Sunrise and sunset also showcase the Taj, often casting soft light and lovely colors onto the monument and the reflecting pool. Around the time of a full moon, it is sometimes open at night, though the Night View is limited, and visitors must stay at the red sandstone plaza. The months of October through January are usually the best months for visiting the Taj Mahal as they are cooler.

Different rates are applicable for entry in the Taj Mahal. For foreign tourists, the ticket costs Rs. 750, the citizens of SAARC (South Asian Association for Regional Cooperation) and BIMSTEC (Bay of Bengal Initiative for Multi-Sectoral Technical and Economic Cooperation) countries have to pay Rs. 510, while Indians have to pay Rs. 20. Children below 15 years are allowed free entry in case of both the foreign and domestic tourists.