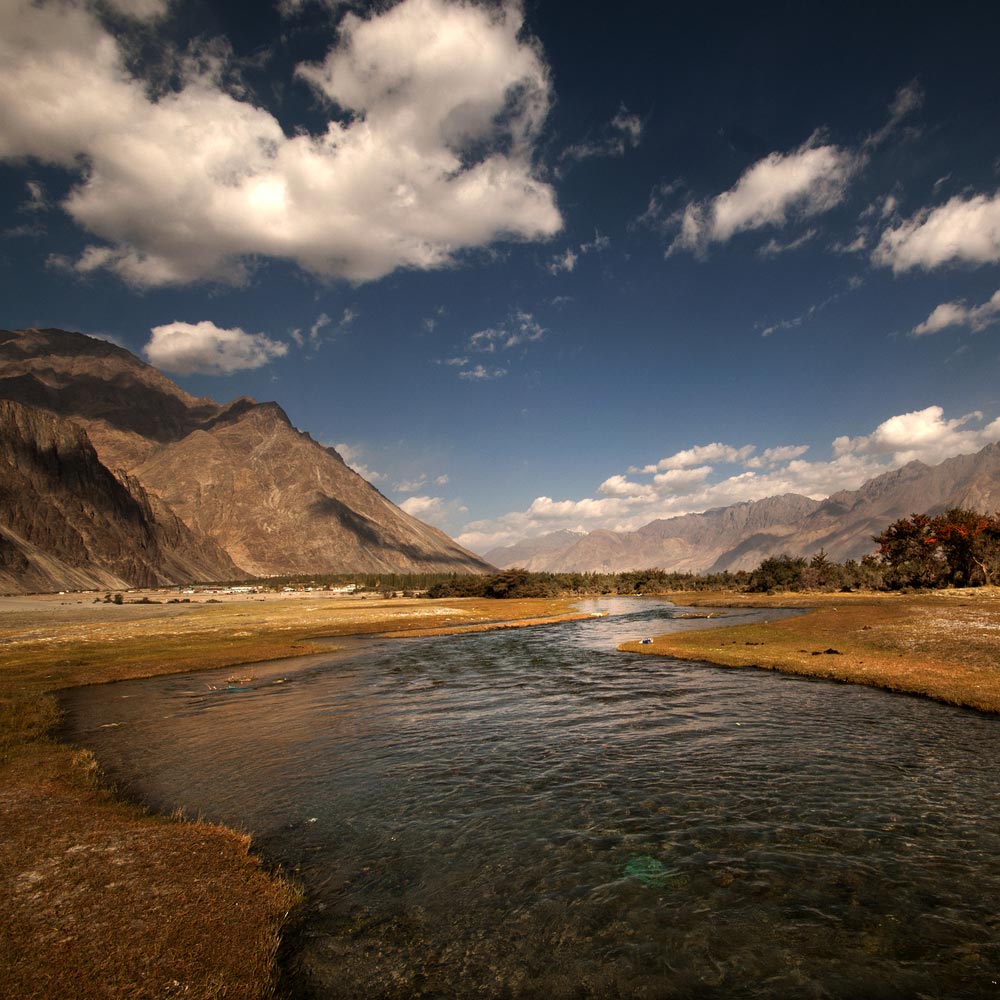 Ladakh, India – one of the highest regions in the world

Ladakh is a large area of the northern and eastern Kashmir region. It is one of the highest regions in the world and consists of high plains and deep valleys. This place opened to tourists in the 1970s and since then it has been one of the most favorite places of mountaineers and of those who like to trek. The main tourist attraction in Ladakh is still the nine-story structure that was built in the 16th century and was once the tallest building in the world. This palace is being restored by the Archeological Survey of India but is open to the public. Nubra Valley is another place that is essential to pay a visit to if you’re vacationing in Ladakh. It is the only place in India where tourists can see double humped Bactrian Camels in a desert at over 10,000 feet. The Valley is about 150 kilometers from the capital town of Ladakh (Leh) but the ride could take longer depending on the snow and other factors such as army movements. Nubra Valley is an extremely peaceful place full of friendly people. The Nubra River also has excellent sites for picnic.

Tourists should remember to visit the monasteries of Ladakh while sightseeing. Hemis Gompa is one of the largest ones in the region and houses around 150 monks.

The most amazing fact about Ladakh is that the region is barren but still beautiful. Simplicity is a way of life in this region because modernity hasn’t touched Ladakh as much as it has in the other cities of India. People in Ladakh are without a doubt extremely fit considering the weather conditions in the region.

Ladakh is the highest inhabited region in India and has the River Indus flowing through the ranges. It is advisable for all travelers to make sure that they are physically fit before they visit Ladakh and its also important to take complete rest for the first 24 hours after getting there as it is common for people traveling to very high altitudes to suffer from mountain sickness.

Ladakh is located in the state of Jammu and Kashmir and Leh is the nearest airport, which is connected to Delhi, Chandigarh and Srinagar. Jammu is the nearest railway station to Ladakh from where it’s possible to head to Srinagar and then to Ladakh. The journey from Srinagar would take approximately two days including a night at Kargil. Although direct flights link Leh to Delhi, Srinagar and Jammu, it’s better to travel by road than by air to get to Ladakh since that enables people to acclimatize easily.

Best season is from early June to October since that’s the region’s summertime. It’s an absolute paradise during these months.