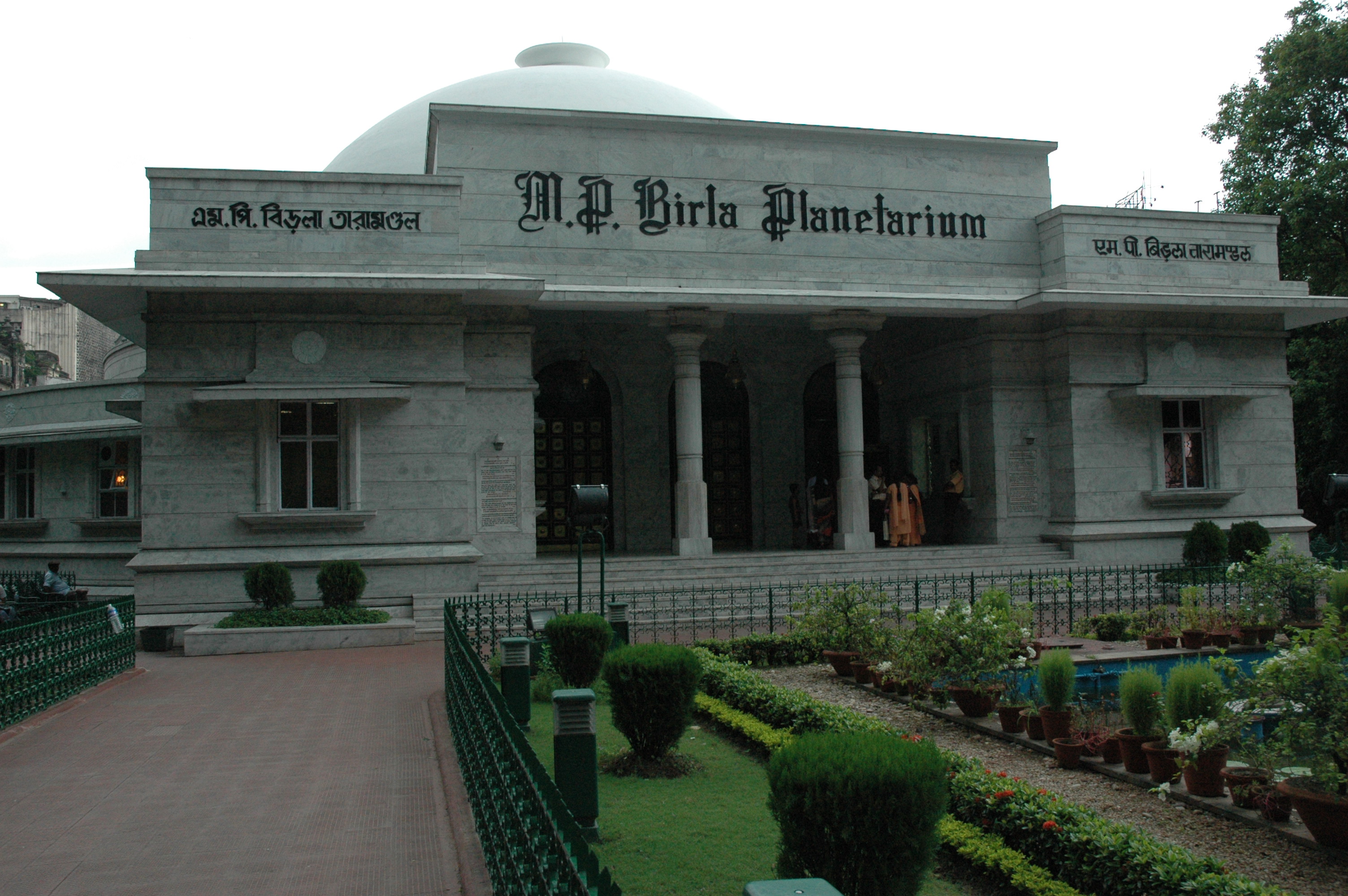 Trust Kolkata to come up with grand renditions of architectural marvels – the Victoria Memorial that looks like the Taj Mahal, the Shaheed Minar that reminds one of Qutab Minar and then the Birla Planetraium.The Birla Planetarium looks like a mix of the Sanchi Stupa in Madhya Pradesh and the Tuscan order of architecture. The bald white dome that shines in the sun can be seen from a long way off is reminiscent of the dome of Sanchi Stupa. The strong columns distributed across the circumference of the Planetarium remind you of a mini Colosseum. The name M.P. Birla Planetarium is written on the metope of the Planetarium in three languages- English, the accepted international language, Bengali- the state language, and Hindi- the national language.

The Birla Planetarium, under the aegis of the Birla Education Trust, was opened to the public 2 July, 1963. The first Indian Prime Minister, Pandit Jawaharlal Nehru delivered the inaugural address.

The Birla Planetarium in Kolkata is the largest planetarium in Asia and the second largest in the world. Its world ranking is a huge crowd puller. Naturally, astronomy enthusiasts crowd the place in the hope of something fantastic to happen- like maybe, an excellent 4D show. The show however is not much. Equipments used are old. An old lady at the microphone takes you through an introduction of the planets and other elements of the universe. ‘No disturbance’ actually means no disturbance and only pin-drop silence is expected when the show is on.

After the show, walk along a hallway that houses busts of famous astronomers and images of space.

It is a great experience for kids. For adults, a visit to this place is like taking a walk in the 80s. Coupled with the fact that street vendors sell spicy puffed rice outside, and the famous Victoria Memorial being just a few blocks away, the Planetarium is a must visit.

Where is MP Birla Planetarium?

The nearest international airport is Netaji Subhash Chandra Bose International Airport. On a cab, it will take you 30 minutes via VIP road- a distance of 18.6 km.

From the Sealdah Railway station, it is a distance of less than 5 kilometers. Take a cab and via Acharya Jagdish Chandra Bose Marg and Shakespeare Sarani it will take you around 10 minutes to get to the Planetarium.

The Howrah railway station is further away. It is at a distance of 9.6 km from the Planetarium and a cab to your destination will take you around 15 minutes.

Kolkata and all its attractions are best visited during the winter months of November to February. However, since the Birla Planetarium is an indoor attraction, you can visit it any time of the year.

What are the coordinates of Birla Planetarium?

What are the nearby attractions?