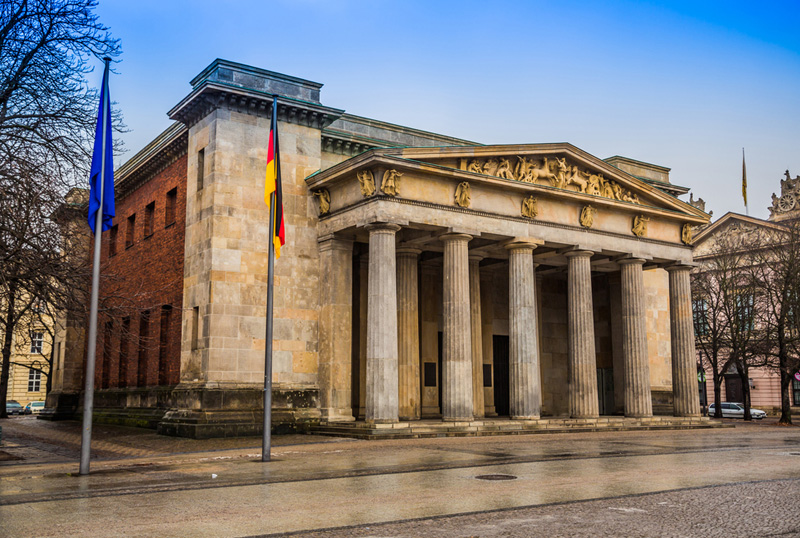 A central memorial was built in 1993 in Germany, known as the Neue Wache. This memorial is one of the popular Berlin attractions. This memorial building has been dedicated to the martyrs in the devastating wars. Neue Wache remains open for visitors from 10 am to 6 pm everyday. No entry fee is required to visit Neue Wache.

The building was initially built during 1816 to 1818. This was built to honor the soldiers and common men who became prey to the Napoleonic wars. After this, for the next hundred of years; from 1818 to 1918, royal guard was placed here.

The building faced damage due to the bombings of Second World War. It was then renovated. It came to be known as the “Memorial to the Victims of Fascism and Militarism”. A flame has been kept burning in the center of the memorial.

In Neue Wache, remains of a soldier from a concentration camp have been kept here. Every Wednesday, the guard of honor changed in front of Neue Wache. This custom was carried on till 1990. In a few years, this memorial was recognized as a central memorial for the martyrs. A sculpture by Kathe Kollwitz, known as the ‘Mother with dead son’ has been kept in the central part of the chamber.

Where is Neue Wache?