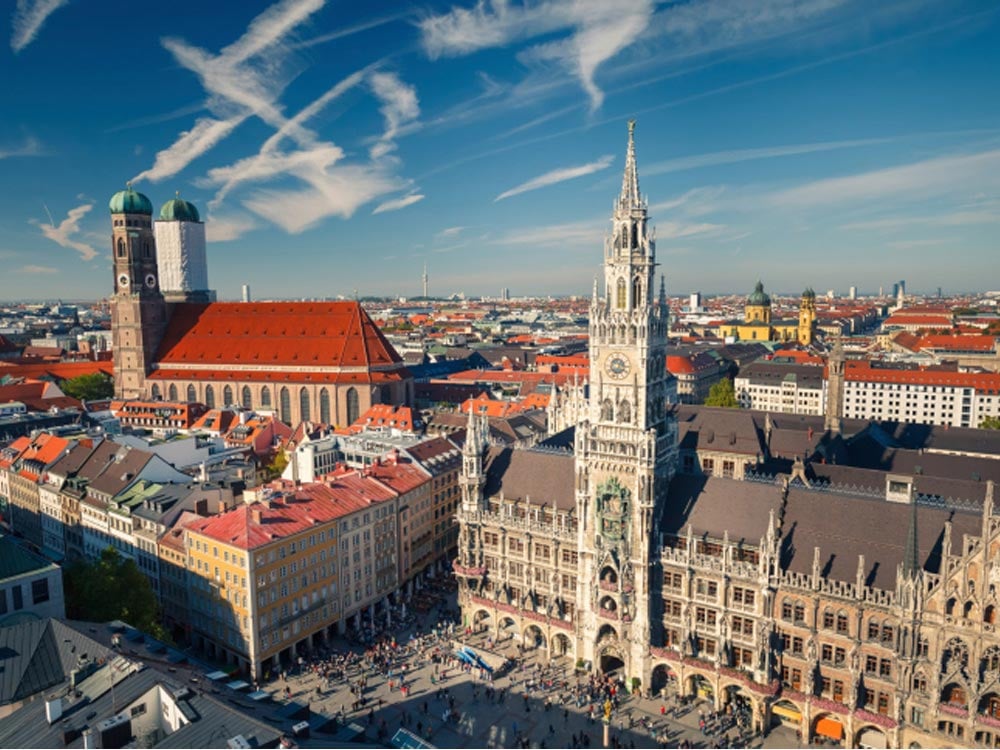 Marienplatz, a Square in Munich, Germany

Marienplatz, in Munich, Germany, was previously known as Schrannen. Later it came to be known as Marienplatz meaning St. Mary’s Square. Marienplatz was known as a busy marketplace. But the market square was later shifted to Viktualienmarkt.

Even after the market shifted to another venue from Marienplatz, Munich, this square remained the center of attraction as before. Marienplatz is considered as one of the attractions of Munich. In Marienplatz, Germany, many cultural events take place. Local people come to participate as well as enjoy these events.

There is a significance behind naming of this square as Marienplatz. It was actually a prayer to the Virgin Mary, so that she protects the city of Munich from an epidemic. The column of St. Mary called the Mariensäule is built at the center of the square and, hence, the city. This pillar was built in 1638 as the country gained freedom from a Swedish invasion. Ferdinand Murmann designed four statues of putti (chubby, male children), one adoring every corner of the pedestal.

There is a fascinating fountain, known as Fish Fountain or Fischbrunnen located near the New Town Hall. It was designed by Konrad Knoll.

In Marienplatz, there is a New Town Hall or Neues Rathaus. It is a beautiful work of architecture built by Georg Joseph Hauberrisser. This structure is reflective of the Gothic style. It was built during 1867 to 1909. The Old Town Hall in Marienplatz has been rebuilt a number of times. This structure also follows the Gothic style of architecture. Its main tower has a height of 85 m. The Ratskeller restaurant occupies the basement. The New Town Hall has a Glockenspiel or carillon, where the bells chime and the figures perform the Schäfferltanz or the cooper’s dance at 11:00 am and 5:00 pm daily.

Marienplatz is located in Munich, Germany. The closest airport is Franz Joseph Strauss airport. Munich is served by suburban train, subway and tram.

March through May is the best time to visit Marienplatz, Munich. There is no fall or summer crowd during these months.