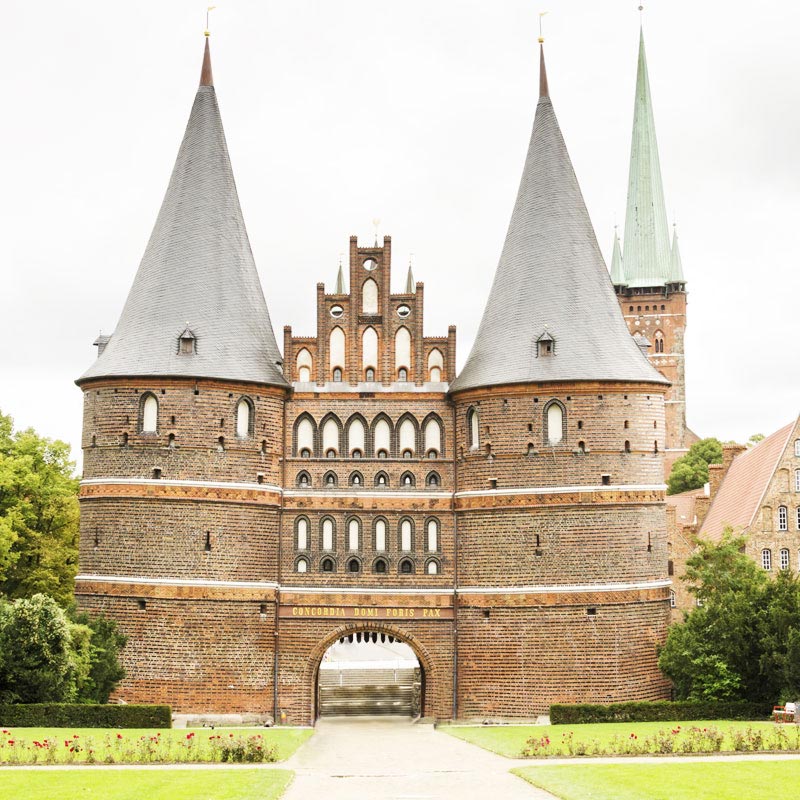 The Holsten Gate, also known as Holstentor, is one of the important tourist attractions in Germany. Built sometime in the 15th century, the Holsten Gate is considered as one of the important landmarks of the city of Lubeck and demonstrates the power of the “Queen of the Hanseatic League”. Within the enclosed walls one can see the reminiscences of a medieval town and a museum which houses some of the most important documents of the Lubeck merchants and traders. The gate preserves Lubeck’s historical facts and showcases the history of the urban development and shipping history of Lubeck.

Lubeck was an important city for trade and commerce in the early years of Germany and it was in Lubeck that the shipping industry of Germany took its first steps. The traders and merchants of Lubeck, who traveled far and wide helped in the growth and development of the economy of the city. The exhibition at the Holsten Gate enables the visitors to have a glimpse of the life of these merchants who braved the dangers of the sea for trading. It is the merchants who made constant efforts to improve the economic sector, which resulted in a remarkable growth of the city as a whole. As Lubeck was considered one of the most important commercial hubs of Germany, it directly influenced the economy of the country.

The Holsten Gate is counted among the most important tourist destinations in Germany. All the visitors who are keen to know about the flourishing trade and commerce of Lubeck can visit the museum, which preserves the documents of the yesteryear with care. As Lubeck is situated close to the Baltic Sea, it became immensely important in the economic scenario of Northern Europe. The city gathered power and position and took charge of the Hanseatic League, which is known as a commercial association of 200 cities. Lubeck was responsible for the legal departments and shipping sections of the association.

The growth of this era can be measured from the construction of several buildings and churches which reflect the “Brick Gothic style”. The old buildings stand by the side of modern skyscrapers and it is the rare combination of trend and tradition that infuses a unique character to the city of Lubeck.

Try to visit the gate during sunny days for some beautiful photographs. Those who visit the museum housed in this gate are entitled to 50% rebate on ticket to any other museum.

Where is Holstentor Gate ?

The Holsten Gate is located in Lübeck, Germany. It can be reached within 12 minutes from the Lübeck Airport.

The most unfavorable months for visiting the Holsten Gate are November and March as the weather is unpleasant. The best months to visit Germany are May and September. The former is a warm month and major festivals (such as the beer festival) are annually held during these months.