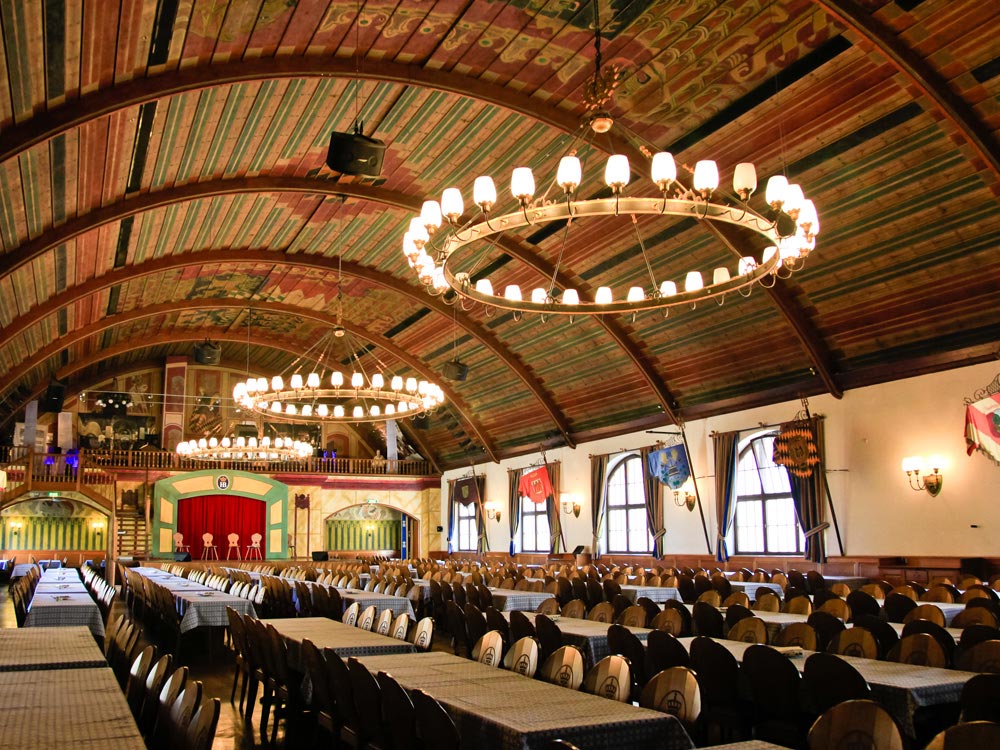 Hofbrauhaus, or Staatliches Hofbräuhaus in München is one of the major tourist destinations in Munich, Germany. Hofbrauhaus is frequented by tourists for tasting fine quality beer. It was previously known as Brown Hofbrauhaus, as it only brewed brown ale.

Earlier, Munich used to import beer. The demand for good quality beer led to the setting up of a brewery in Munich. The Duke of Bavaria, Wilhelm V took the initiative to found Hofbrauhaus. Since then, this has remained a favorite joint for tourists. Travelers in Hofbrauhaus will experience a festive season throughout the year.

Here tourists can taste the traditional food of the region. They can tap their feet to the melodious music of Munich. Here guests can also enjoy traditional dance. Along with the traditional touches in Hofbrauhaus, tourists can also have a taste of the beer in a cozy and cajoling atmosphere. The waitresses in Hofbrauhaus are very hospitable in serving their guests. It has certain scheduled events for its regular guests. The regular visitors can avail the facility to reserve tables.

Immediately after World War II, the demand for Hofbräuhäuser started growing in the rest of the world. Thus Hofbrauhaus was opened in several locations including Australia, US, Germany, Italy, Sweden, and Asia.

Hofbrauhaus is located at a half-hour drive from the Munich International Airport. You can travel either in a taxi or bus to reach Hofbrauhaus.

The best time to visit Munich is from March to May as it will be free from crowds.