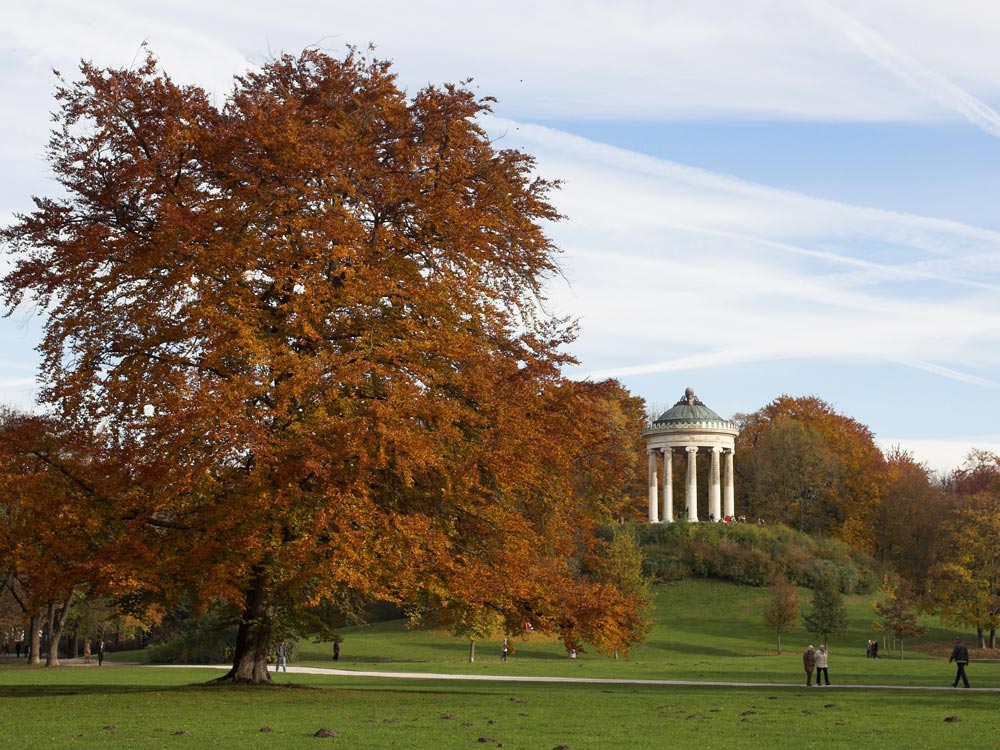 The Englischer Garten or the English Garden, located in the heart of Munich, Bavaria, is named to signify the unique style of developing gardens, employed by the English. The garden is the second largest city park in Europe. It isn’t just the size that makes the park so special, but a lot of features make it a rather interesting place to hang out.

Significant additions to the activities in the park account for the popularity of the Englischer Garten:

The immediate attraction of the park after the 1960s was the scope for nude sunbathing that it provided to visitors. This nude sunbathing area called the Schönfeldwiese (‘Schönfeld meadow’) lies between the Japanese tea house and the Monopteros.

At the Japanese tea house designed by Soshitsu Sen and Mitsuo Nomura, a Japanese tea festival is held each year. The tea house and tea garden were built in 1972 to celebrate the Summer Olympics. Every weekend a traditional tea ceremony takes place at the tea house.

Another very interesting place of the Englischer Garten Scholls, Munich is the Monopteros. This is a Greek style temple built in 1832. It was designed by Leo Vonz Klenze and the artificial hill on which it was built was made with construction material that was left over from the Munich Royal Residence.

An artificial stream that runs through the English Garden provides surfing opportunities. Standing waves are created via a water pumping mechanism.

The Chinese Tower or Chinesischer Turm, another attraction in the park, was built from 1789 to 1790. It is a 25-meter-high wooden structure. This five-storied tower is based on the design of the Great Pagoda in the Royal Botanic Gardens in London.

Where is Englischer Garten ?

The Englischer Garten in Munich, Germany extends from the city center to the northeastern part of the city. Munich International Airport is located at a distance of half– an hour from the English Garden. The garden can be reached by private car, taxi, subway, bus or tram.

The garden is open throughout the year. However, the months from March through May are perfect for a visit as the garden is less crowded and the weather is pleasant.