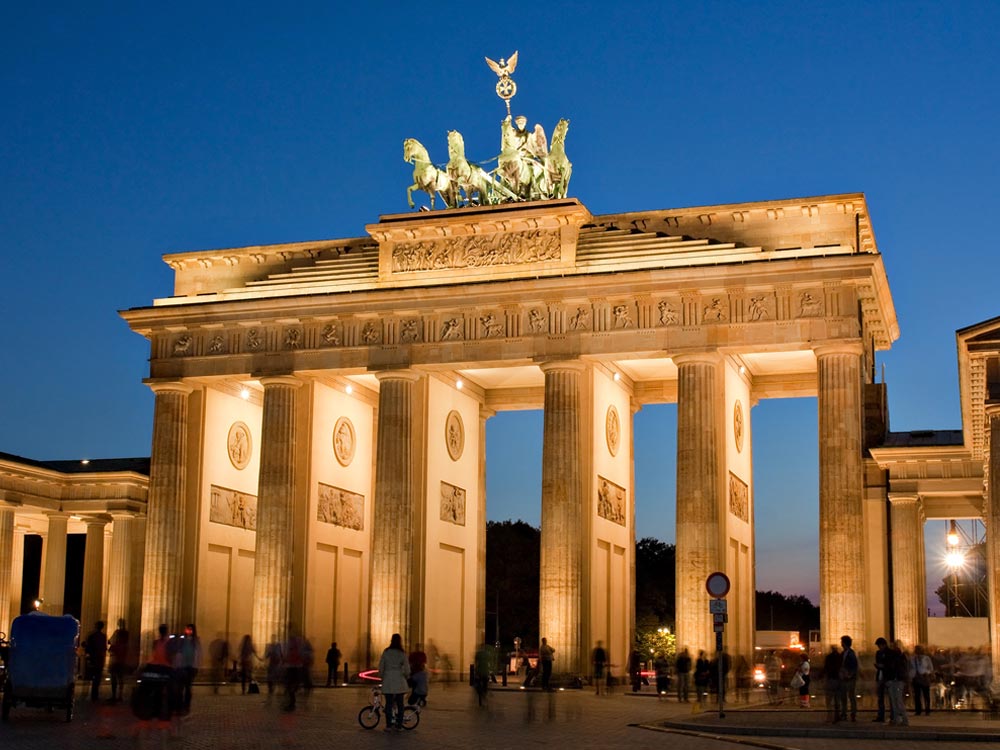 The Brandenburg Gate is one of the most important landmarks in Germany. For generations the Gate has served as an entry point to Germany for travelers. It is considered as a must-visit among the numerous tourist attractions in Germany. This 12-column-gate has acted as a symbol for different events over several generations. Carl Gotthard designed this enormous gate, which is of great historical significance. The gate is 65.5 m wide and 28 m tall. The design of the gate was based on the Neoclassical pattern. The Quadriga that rests on the top of the gate symbolized peace. When Germany defeated France in 1814, the statue of peace was replaced by the goddess of victory. A Prussian eagle was installed as a symbol of triumph. Later, when the Third Reich grew, a cross was added to the Prussian eagle to make the symbol represent the power of Hitler.

Just before the construction of the Berlin Wall, i.e., until 1961, the vehicles as well as pedestrians were allowed to pass through the gate. It was because of the Berlin Wall, the gate was seen as a symbol of a divided country. The Wall was destroyed in 1989 and it led to the birth of a free nation. Some of the portions of the gate were also damaged. Nevertheless, the gate stands as a symbol of modern Germany which claims to be stronger in all aspects – socially, politically and financially. The 19th century saw the development of Pariser Platz area. Renovation work was performed again on the Brandenburg Gate in 2001, and it was opened again on October 3, 2002. It is presently closed for vehicle traffic. 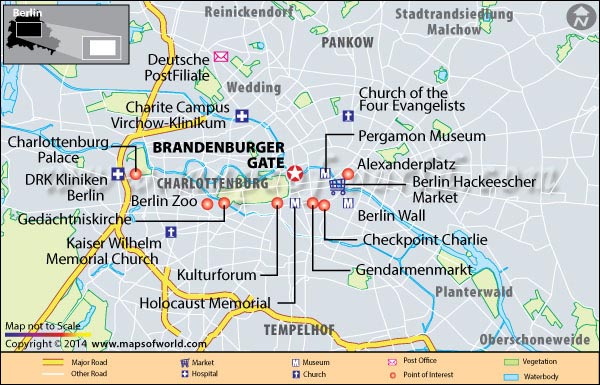 Where is Brandenburg Gate ?

The Brandenburg Gate is situated between the famous Pariser Platz and Platz des 18 Marz. The Gate can be reached within a half-an-hour drive from the Berlin Schönefeld Airport.

Germany is best visited during the summers, but if you can bear the cold waves of winter, you must visit Germany during Christmas when there is a lot to do and see. There are almost 50 Christmas markets in Berlin alone, with one of the markets near the Brandenburg Gate.