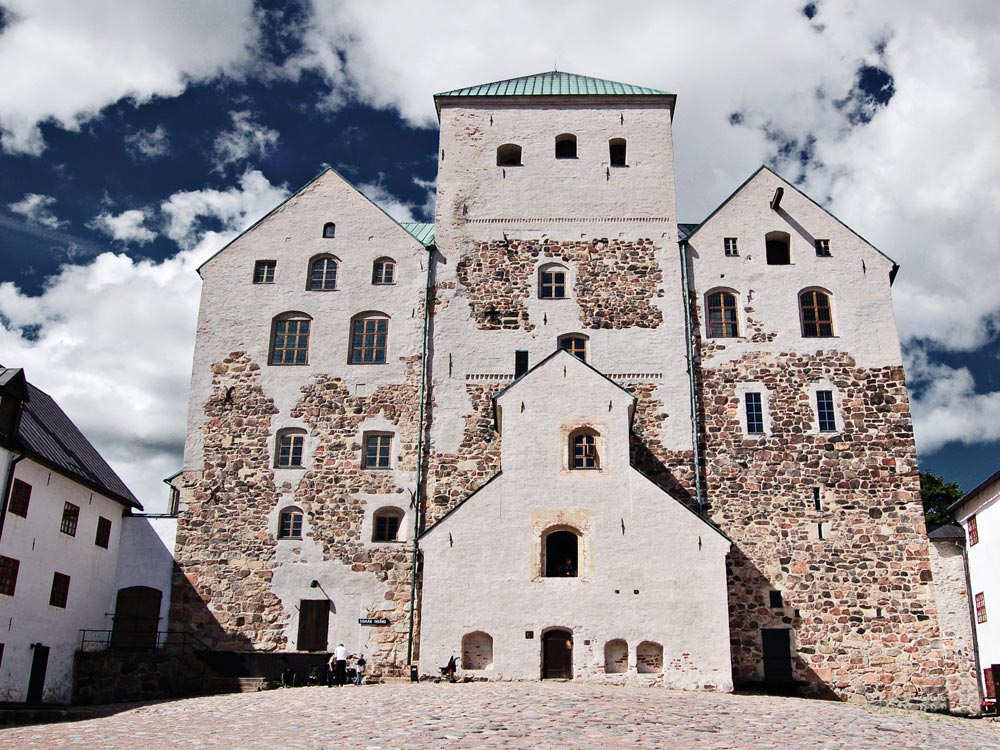 Turku Castle is the largest surviving castle in Scandinavia

The Turku Castle in Turku, Finland is a great monument of Finnish history. This castle is the largest existing medieval castle in Finland. Initially contrived to be a military fortress, the castle also served as a citadel and administrative centre in Eastland.

The layout of this castle consists of the Renaissance bailey and the medieval keep. The keep of this castle consists of a fort which is square in shape. There are two square gateways as well. The walls are around 5 meters thick at the base. There was a moat which conjoined on the Aura River during the Middle Ages, and this helped the castle to be protected effectively by being situated on an island. The keep was made in around 1400. During the 15th century, the construction of the bailey started, and it was completed in the 16th century. The keep is heavily fortified as compared to the bailey. The bailey has a lot of turrets. During the time of the Renaissance, almost all the rooms of this castle were heavily modified, but after that the place has been kept unchanged.

The heyday of the Turku Castle was during the rule of Duke John and Katarina Jagellonica. During this time the King’s and Queen’s Hall and the Renaissance floor were built. The castle has undergone a number of sieges and a large number of battles have been fought around its walls. This place has got much warlike history like the Olavinlinna and the Vyborg castle. This castle was the administrative center of Finland. The strong dungeons and walls of this castle served as the prison of the state for many centuries.

The Turku Castle was destroyed by Soviet Aircraft at the beginning of the Continuation War in 1941. Several restoration programs were carried out, and the entire renovation of this castle was completed in the year 1987. This castle also houses a lovely museum and it is the most visited museum in entire Finland.

Where is Turku Castle?

The castle is at a distance of around 12 km from the Turku airport, thus it takes approx. 18 minutes to reach the castle via car.

The best time to visit the castle is during the summer.