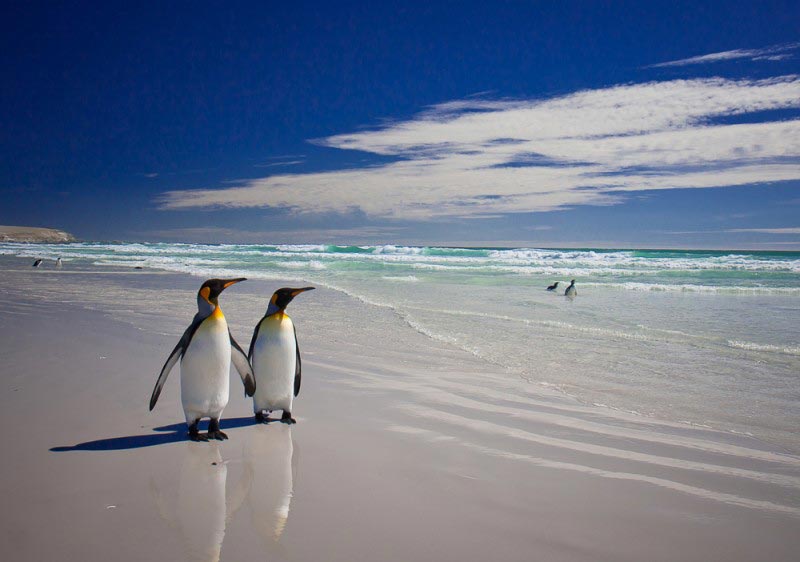 A beautiful archipelago of about 778 islands – small and big – in the South Atlantic Ocean, the Falkland Islands (Islas Malvinas) are home to just over 2,500 natives but offer some stunning views to the tourists who keep pouring in ever-increasing numbers. A British Overseas Colony, Falkland Islands have long been the center of contention between European colonists and Argentina which continues to stake a claim on the territory. Despite the dispute, the Falkland Islanders continue to remain British citizens and acknowledge the monarchy of the Queen.

Stanley, the capital and the largest city, continues to be the administrative hub of the islands. The capital has a population of over 2100. The islands are demarcated into East and West Falkland. Mount Pleasant is the next biggest hub with a population of about 500. The archipelago is small but self-contained. The enterprises and establishment here reflect the rich cultural legacy and rustic bend of the community.

Falkland Islands have everything that make for a great vacation, including some great accommodation options, internal ferries, and air services. About 60% of Falkland Islanders are native born but the rest are immigrants who have come in drawn by the sweeping farm lands and dreams of an idyllic life. Sheep rearing and pisciculture are major economic activities and ornithology (the study of birds) the favorite activity of visitors. The islands are home to a huge avian population. Tiny hamlets, nested harbors, flocks of sheep, stretching grasslands, and sunny coastlines – all connected by an incredibly well-maintained road network. That is the mystique of Falkland Islands.

Where are the Falkland Islands ?

Though the Falkland Islands have a very temperate climate year round, most tourists prefer the summer months – October through April – to visit this beautiful destination. April and September are great months to get off-season discounts on accommodation and airfare. May through August is best avoided.