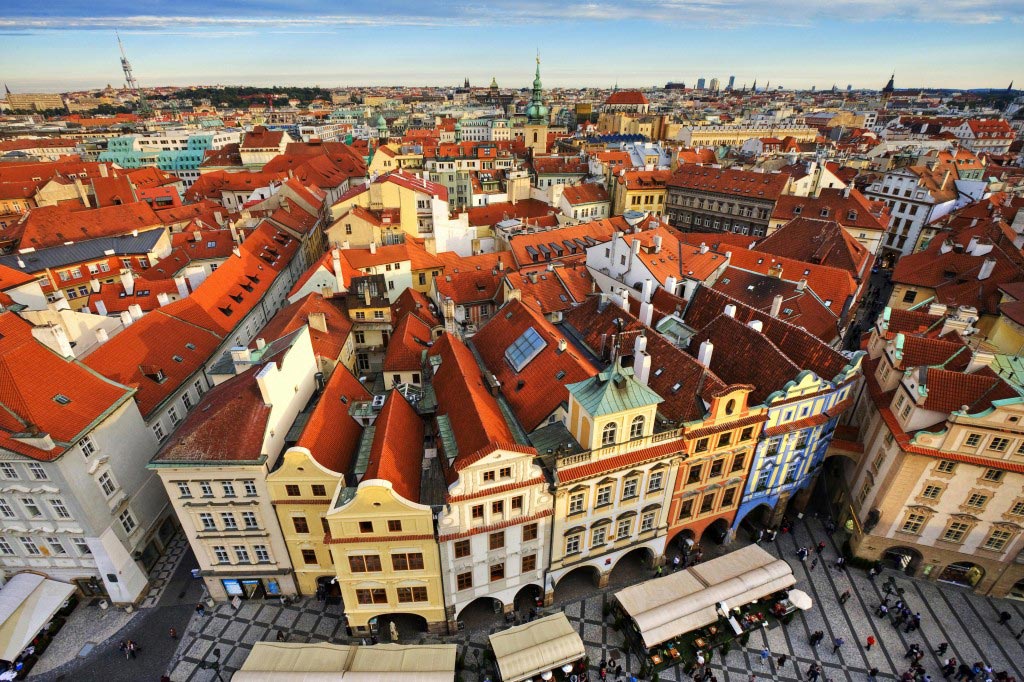 Prague Old Town also known as the ‘Golden City’, Prague is a historic city that has preserved its structures of development until today. The city is comprised of the Old Town, the Lesser Town and the New Town. The Old Town of Prague as the name suggests is the oldest part of Prague which was recognized as a town in the 13th century and was given the name when the New Town was formed in the 14th century.

The Prague Old Town (also known as Stare Mesto) is usually the first stop for visitors who visit Prague. Wenceslas Square, a vibrant area of many restaurants, hotels and clubs is a good place to begin touring the Old Town. It is only a five-minute walk away from the Old Town Square, which has many ancient buildings and churches.

This Prague Old Town is truly a beautiful historic sight in Europe and one of the best ways to make the most of this experience is to climb the Old Town Hall Tower for a stunning view.

The Astronomical built in the 15th century is intricately constructed and is on one side of the Old Town Hall Tower.

One side of the Old Town Square is dominated by Tyn Church, which is an awe-inspiring sight both during the day as well as in the night. They say this church had inspired the Sleeping Beauty Castle of Walt Disney.

UNESCO has recognized the Prague Old Town as a World Heritage Site. It is the sixth most visited region in the whole of Europe.

Where is Prague Old Town?

The Prague Old Town is located along the Vltava River in central Bohemia.

Prague experiences the best weather between June and August. However, since this season also accompanies large crowds and expensive airfares, you could also visit in the spring or autumn.